The hit BBC police drama sparked a flurry of reaction during tonight’s episode, particularly regarding Kate Fleming (played by Vicky McClure) and her recent departure from the anti-corruption unit. Several fans took to Twitter to share their ideas on what is going on with Kate – including the theory that she’s still working undercover.

Today’s episode is following on from last week’s case looking into journalist Gail Vella’s death, and the hunt for the killer led to some more plot twists.

Viewers discovered that Ryan Pilkington (Gregory Piper) working alongside Kate, but she couldn’t quite put her finger on who he was.

Another surprise came when Kate betrayed Steve Arnott (Martin Compston) regarding some information he gave her. Fans also got another classic “bent coppers” line from Ted Hastings (Adrian Dunbar).

It didn’t take long for people to attempt to connect the dots, and many viewers think Kate is still working undercover – but only Hastings knows.

One took to Twitter to say: “I am guessing that Kate is deep undercover and only Hastings knows #LineOfDuty.”

Another echoed this view, saying: “Ted is hating on Kate too much. Is she secretly undercover/in cahoots with him without Steve’s knowledge and trying to gain Jo’s trust to blow the whole thing wide open? Face with monocle #LineofDuty.”

One said: “What is going on with Kate??? We’re going to end up with some Inception-level of undercover here aren’t we? How are we supposed to keep up with these twists AND follow on Twitter at the same time?! #LineOfDuty.” 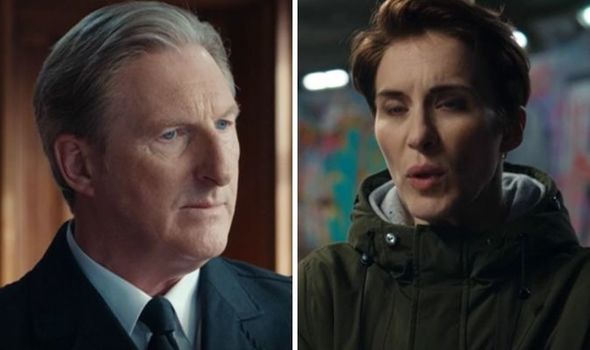