FANS were delighted when the cast of Mean Girls recreated one of the movie's most famous scenes on Friday.

Taking to Instagram, Lindsay Lohan posted the clip to her 8.6 million followers as she and her fellow co-stars filmed their parts from their respective homes. 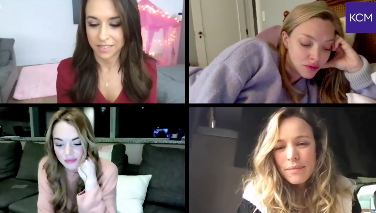 The video begins with a scene from the actual 2004 movie where Lindsay's character Cady and Rachel McAdams' character Regina George are discussing Gretchen Wieners – played by Lacey Chabert – running for Spring Fling Queen.

As Regina goes on to slam Gretchen for not being pretty, she then badmouth's Amanda Seyfried's Karen Smith for being "a s**t".

The video switches back and forth between the movie and present day as 34-year-old Lindsay reads from a script on her sofa.

As fans of the film will know, Gretchen was listening in on the call the entire time and once Regina hangs up, she dials in Karen and hints that someone has said something bad about her. 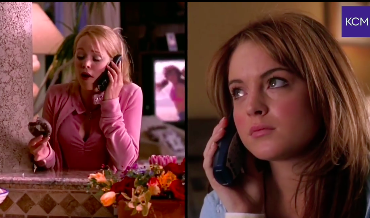 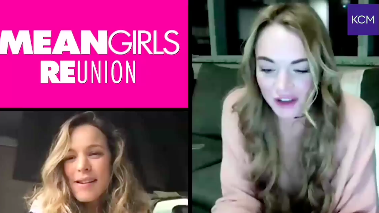 Both Lacey and Amanda are seen chilling at home as they play their parts, with 34-year-old Amanda laying on her bed.

As it goes in the film, Karen accidentally moans about Gretchen to Gretchen – thinking she's on the other line with Regina.

Regina has previously lied to Cady and said she's going to bed, but really she wants to go out with Karen – just the two of them. 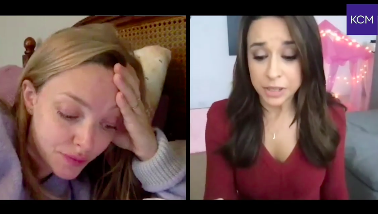 But after Gretchen tells Karen what Regina has just said about her being "a s**t", Karen changes her mind.

More of the cast came together a week ago to celebrate Mean Girls' 16th anniversary – but one person admitted it was "awkward".

Jonathan Bennett who played the role of Regina’s ex-boyfriend Aaron Samuels admitted the virtual aspect of the reunion made it rather odd.

"It was a moment!" he said of last week's reunion, which was moderated by Katie Couric.

"Because here's the thing … we haven't all been together in 16 years, and to all be together for the first time, and do it on Zoom – already it's awkward to see each other for the first time; you want to say so many things – but then when you're on a Zoom call, it's even more awkward because you're waiting for the person to talk and you don't want to interrupt."