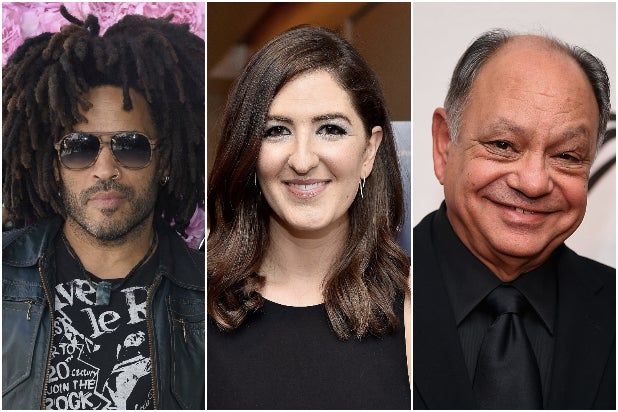 Selena Tan, Desmin Borges and Alex Mallari have also joined the cast of the film, which will be directed by Jason Moore for Lionsgate.

“Shotgun Wedding” is the story of a couple that gathers their very opinionated families for a destination wedding, even as they begin to get cold feet. But they must then work together to save the wedding party after the whole group is taken hostage. The screenplay comes from Mark Hammer and Liz Meriwether.

Kravitz in the film will play J. Lo’s ex-boyfriend, while Marin will play her father, and Carden will play Marin’s new wife. Duhamel recently joined the cast to replace Armie Hammer, who left the project amid a social media firestorm of accusations about his private sex life, which Hammer has denied and called “bulls— claims.”

“Shotgun Wedding” will be produced by Mandeville’s Todd Lieberman and David Hoberman. They will be joined as producers by Nuyorican Productions’ Jennifer Lopez, Elaine Goldsmith-Thomas and Benny Medina.

James Myers and Scott O’Brien are overseeing the production for Lionsgate. Robert Melnick negotiated the deals on behalf of the studio. Production is expected to begin this month.

In addition to roles in “The Hunger Games” and “Lee Daniels’ The Butler,” the rock starKravitz most recently appeared in episodes of “Star” in 2016 and 2017. He is represented by CAA and CSM.

Marin is best known as one half of the stoner comedy duo Cheech & Chong. In recent years he has been a passionate art collector and advocate of Chicano art, and his partnership with the City of Riverside and Riverside Art Museum, The Cheech Marin Center for Chicano Art, Culture & Industry, will open in fall 2021 and be the home to more than 700 works of Chicano art. He is represented by Innovative Artists and attorneys Stan Coleman and Matt Sugarman at Weintraub Tobin.

Carden is known for her work on “The Good Place” and will next star in Amazon’s upcoming series “A League of Their Own.” She is represented by UTA, Rise Management, and Jackoway Austen Tyerman.