Three’s Company has one of the most easily recognizable jingles and premises of any television show in history. Even young TV viewers have likely heard the song at one time or another. The theme song was linked to the show from its pilot episode, but the footage that went along with that theme changed three times throughout the show’s eight seasons. The final intro footage included John Ritter’s son.

Why was Three’s Company so successful?

Three’s Company ran for eight seasons from the late 1970s into the 1980s and was one of the most successful shows of its time. Following Jack Tripper, Chrissy Snow, and Janet Wood’s lives as they navigated life as platonic roommates, the show offered plenty of hijinx. They faced one problem; their landlord Mr. Ropper was far from progressive. Mr. Ropper only allowed the living arrangement under the assumption that Jack was gay. Most of the series followed the three roommates as they tried to avoid detection.

The show was a success for a variety of different reasons, but Chris Mann, the author of Come and Knock on Our Door: A Hers and Hers and His Guide to Three’s Company, argues that the show gave fans something a bit refreshing and light, in the face of much rawer television shows. The innuendos were ahead of their time and, according to Mann, liberating for viewers. Ritter’s penchant for physical comedy didn’t hurt any, either. The show, sexual innuendos or not, at its core, was about a family of one’s choosing, and the actors’ families showed up on the series in interesting ways, too.

Three’s Company was a bit of a family affair. Over the years, friends and family members of the main cast appeared in the show. For example, Ritter’s then-toddler son appeared in the intro for the show starting in season 6. The footage of Jason Ritter was used in the intro until the show went off the air after its eighth season.

According to IMDb, fans can see Jason in footage from the petting zoo. In the brief scene, Jason walks up to Joyce DeWitt, who portrayed Janet. The younger Ritter was barely old enough to walk when he appeared in the show’s intro. Ritter was born in February of 1980, and his footage in the introduction began appearing in 1981. The second child shown in the scene has not been identified.

The show’s intro footage often changed, but the music stayed the same

Three’s Company has one of the most recognizable theme songs in television history. Most people born before 2000 can instantly recognize the tune that invites viewers to “come and knock on our door.” The show’s theme was a hit from the first season, but the production team didn’t believe in keeping the same footage to go with the song. Three’s Company changed its intro footage multiple times during the show’s eight-season run. 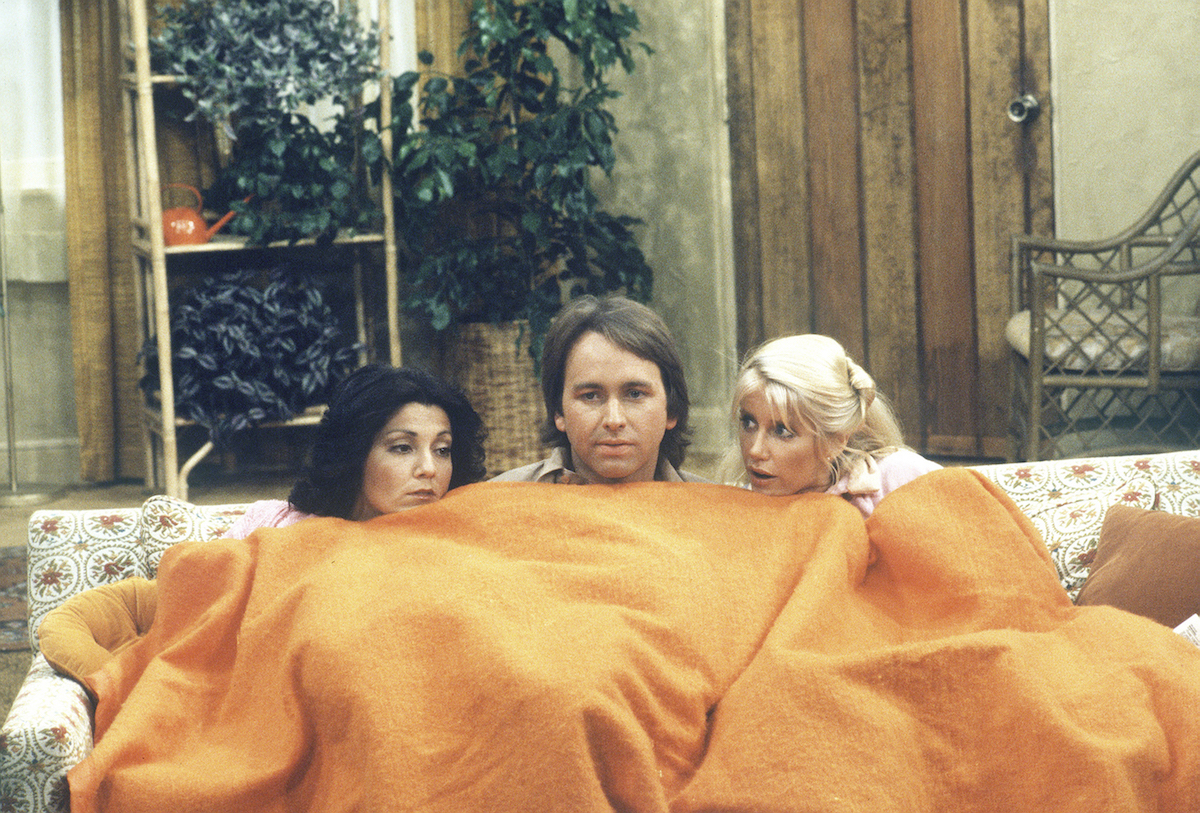 The first intro lasted for three seasons. It starts with footage of the beach and boardwalk before panning out to show Jack riding a bicycle while looking at a girl. When he turns around too much to check her out, he falls off the bike. The rest of the intro focuses on the building that Jack, Chrissy, and Janet call home. Season 4 brought a shakeup, with footage of the group at a carnival replacing the footage of Jack falling off his bike. The intro was reshot once more to accommodate Suzanne Somers’ still-controversial firing.