The BBC has confirmed Jeremy Paxman’s final series presenting University Challenge will air later this month. After 28 years at the helm, the quiz master is stepping down from the iconic BBC quiz. In a statement, Jeremy praised the show revealing he’d had a “blast” hosting the quiz.

The quiz master commented: “I’ve had a blast hosting this wonderful series for nearly 29 years.

“I’ve been lucky enough to work with an amazing team and to meet some of the swottier brains in the country. It gives me hope for the future.”

Kate Phillips, BBC’s Director of Unscripted, added: “Since the BBC revived University Challenge in 1994 Jeremy has been at the front and centre of the show’s success and is without doubt one of the world’s finest, and most formidable quizmasters.

“We are hugely grateful to Jeremy for his dedication to the programme for an incredible 28 years, he will be much missed by us all and the show’s millions of viewers.” 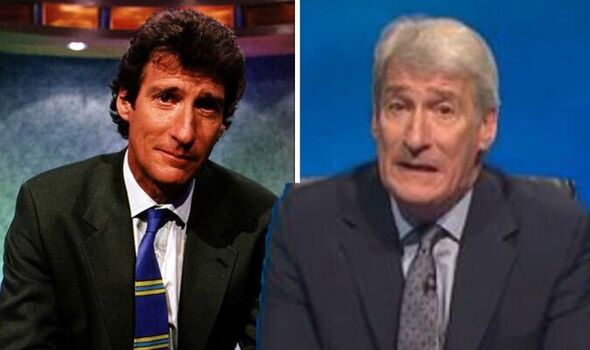 “He’ll be sorely missed too by both our audience and by the generations of students who’ve relished the chance to pit themselves against him in more than a thousand matches.”

A special documentary will air on BBC Two on Monday, August 29 at 9pm following the first episode of the new series.

The BBC have revealed a new presenter will be announced later this year.