JAMIE Oliver was spotted outside his London home after asking fans last month to "be kind" about his hair in lockdown.

The TV chef, 45, was forced to hit back at criticism over his tresses in his recipe videos during the ongoing coronavirus pandemic in May. 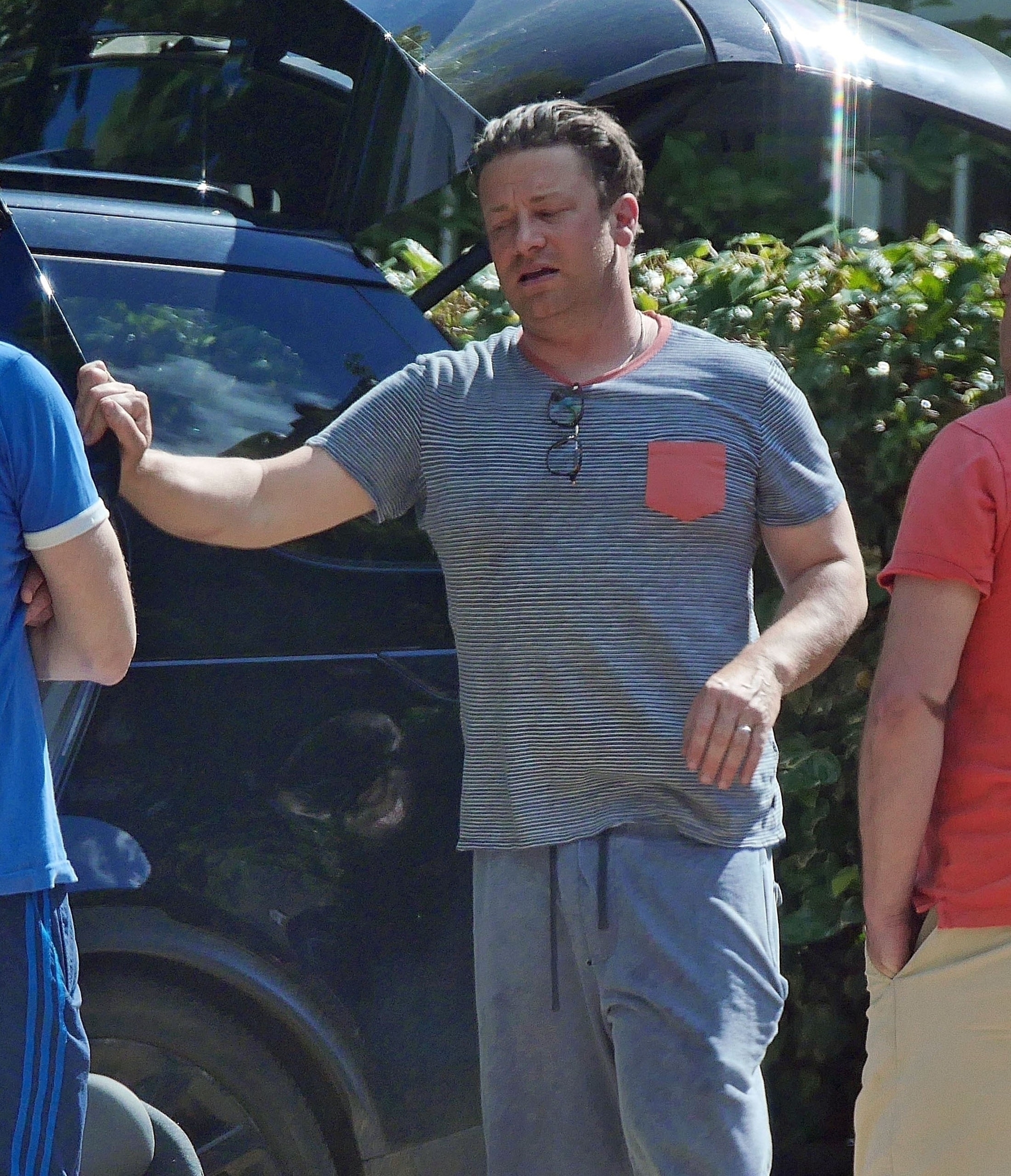 And now Jamie appeared in jovial spirits as he soaked up the sun while chatting to a neighbour.

Leaning against his car, the restaurateur donned a Breton-striped T-shirt with a complementing blue linen cropped trousers.

Rounding off his appearance, Jamie worked his hair off his face in a slicked back look for the outing.

Last month, the Naked Chef shared a video on his Instagram Stories urging his followers to "be kind" about his unruly locks in lockdown. 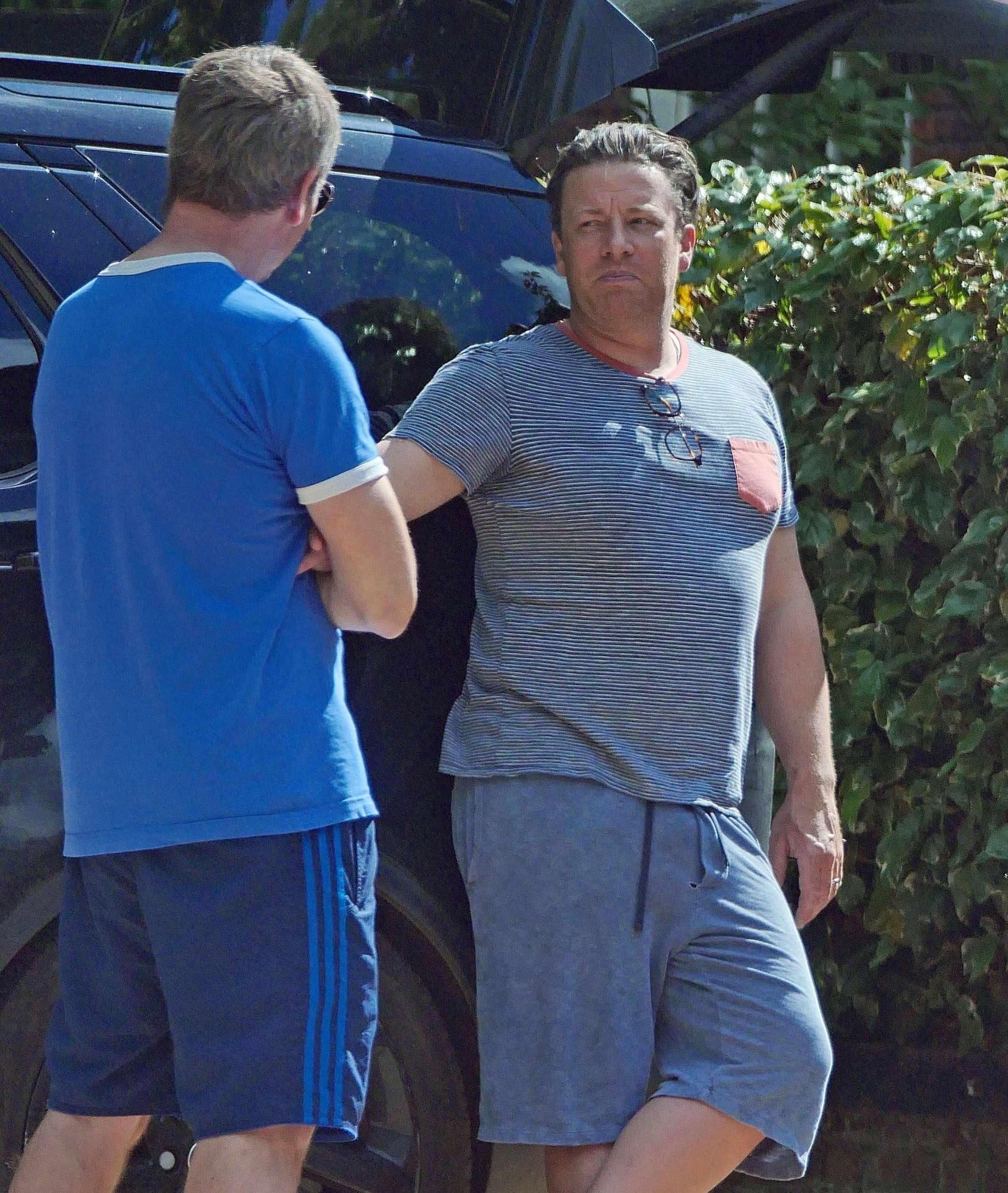 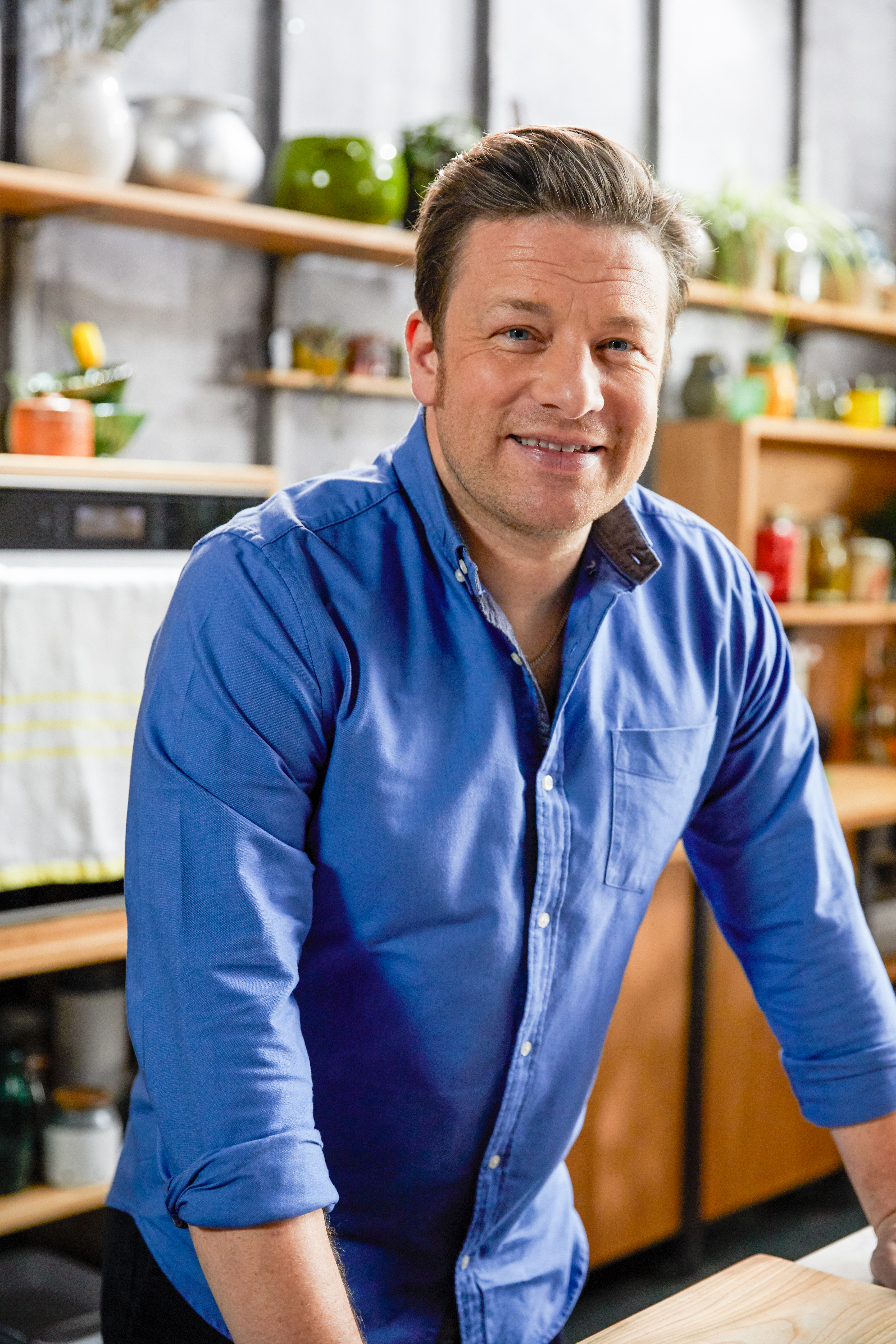 In the clip, the celebrity chef said: "Hi guys, I hope you are well. Listen, I want to do a massive thank you for all the support you have given to British Farmhouse cheesemakers…

"Now yesterday, when I did the video, quite a lot of you were taking the micky out of my hair."

Adding: "Right, saying I need to have a shave and a wash. So, I've given it a wash but please don't be mean. When I'm trying to do a nice thing for people.

"Don't just judge me because it's lockdown – do you know what I'm saying? It's got limitations." 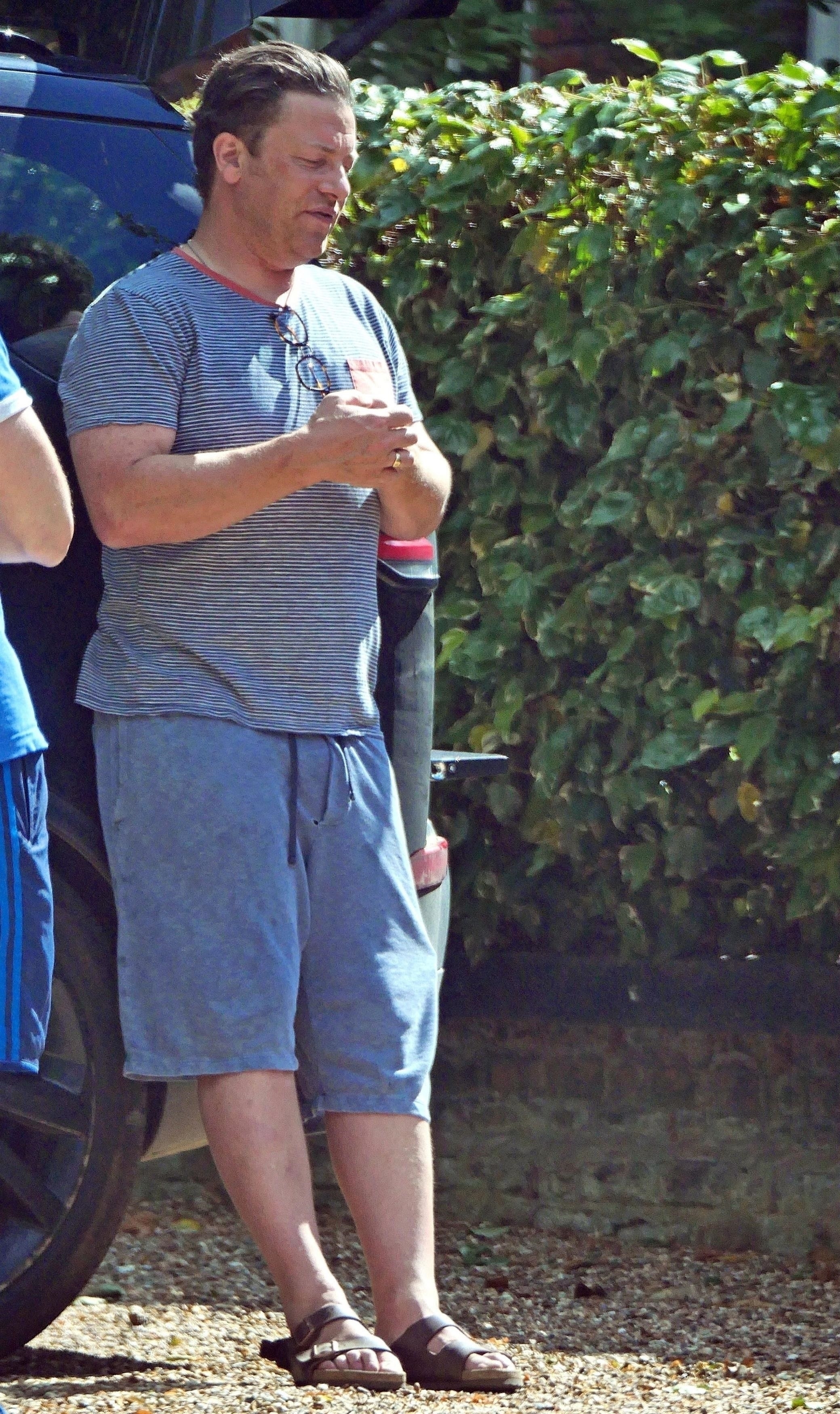 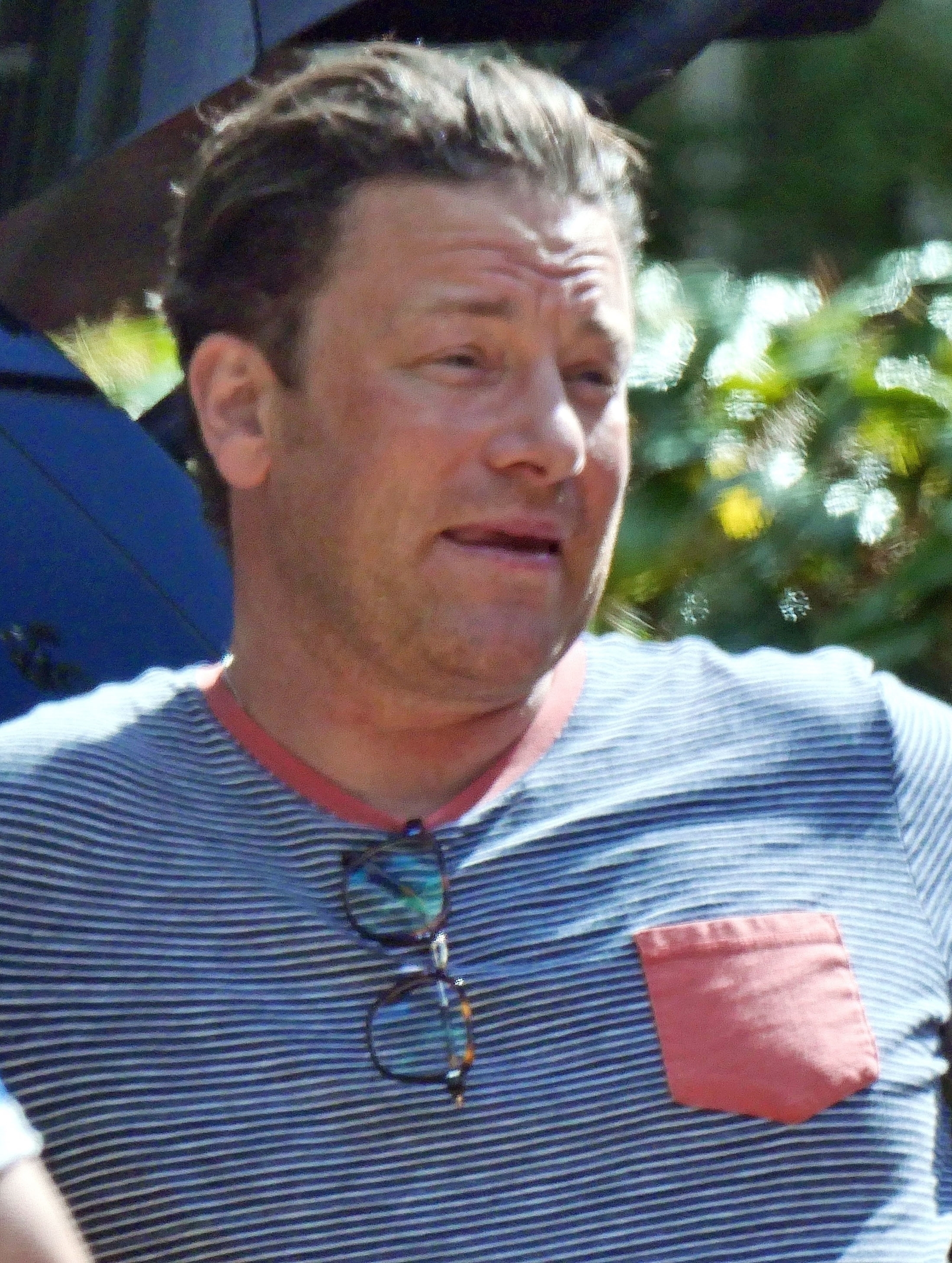 It's been a difficult few months for Jamie after his Italian chain collapsed owing nearly £83million — including £90 to a window cleaner.

Also among the creditors is Manchester Window Cleaners, which was called in to clean a city centre branch the day before the TV chef’s chain went bust.

Yet Barden Facilities Management, in Petersfield, Hants, says it is owed £40,000.

The chef owes L.A. Husbands Ltd in Halesowen, West Mids, £3,800 for dumb waiters with the company's boss Keith Holmes saying: "Jamie’s Italian was flawed from the off."

The owner of a London artisan food supplier said: “It’s galling to see him setting up new restaurants while we pay for his last failed attempt.

"We lost a lot of money which we’ll never see again.”

Jamie has since launched an overseas restaurant chain.