Jamie Dornan was one of the celebrities featured in the recording of “Imagine” Gal Gadot shared on Instagram on March 18. The video was met with backlash online. People called it tone deaf to have wealthy celebrities singing to make people feel better, when real people were dying of coronavirus (COVID-19), losing their jobs due to social distancing shutdowns, or at the very least struggling with being confined to their homes. 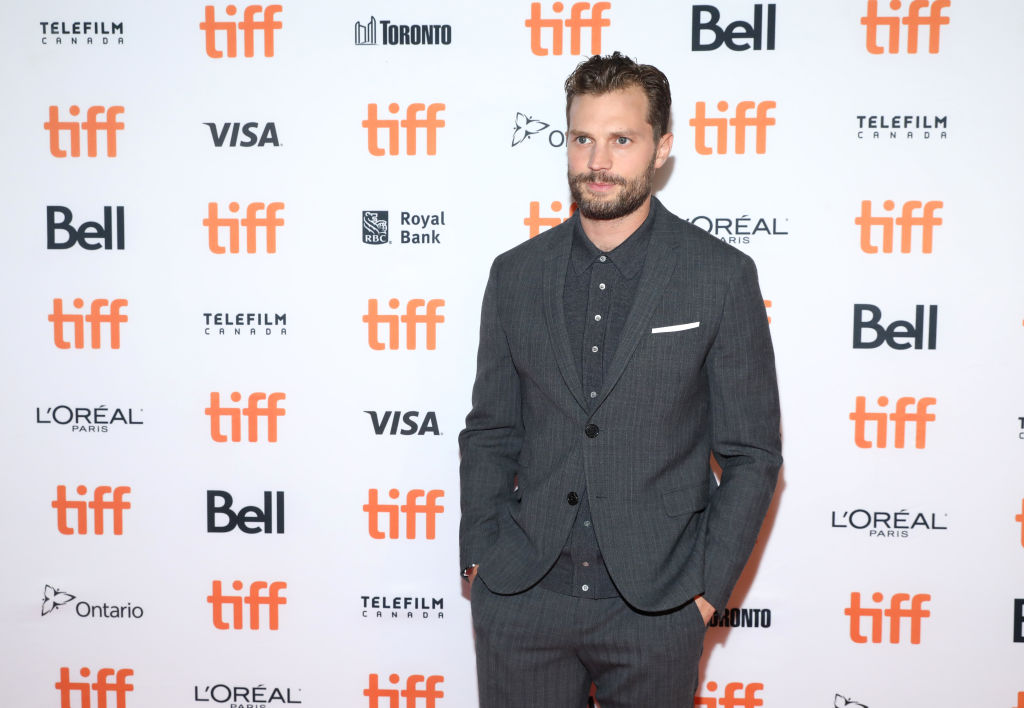 Dornan was a guest on the Tea with Me podcast on April 7. Host Shane Todd asked the Fifty Shades of Grey star how he came to be in Gadot’s “Imagine” video and what he thought of the backlash. Dornan provides a voice in Trolls World Tour and stars in the movie Endings, Beginnings which will be available on VOD Friday, April 17.

Dornan and Wiig co-starred in the movie Barb and Star Go to Vista Del Mar. When stay-at-home orders began, Wiig reached out to Jamie for the project with Gadot.

“It was very odd in the lockdown process,” Dornan said. “Gal, who organized it, organized it with Kristen Wiig. Kristen Wiig and I did a movie together last summer that’s meant to be coming out this summer on the 31st of July. Who knows what’s going to happen because they’re still hoping it’ll get a cinematic release. Who knows?” 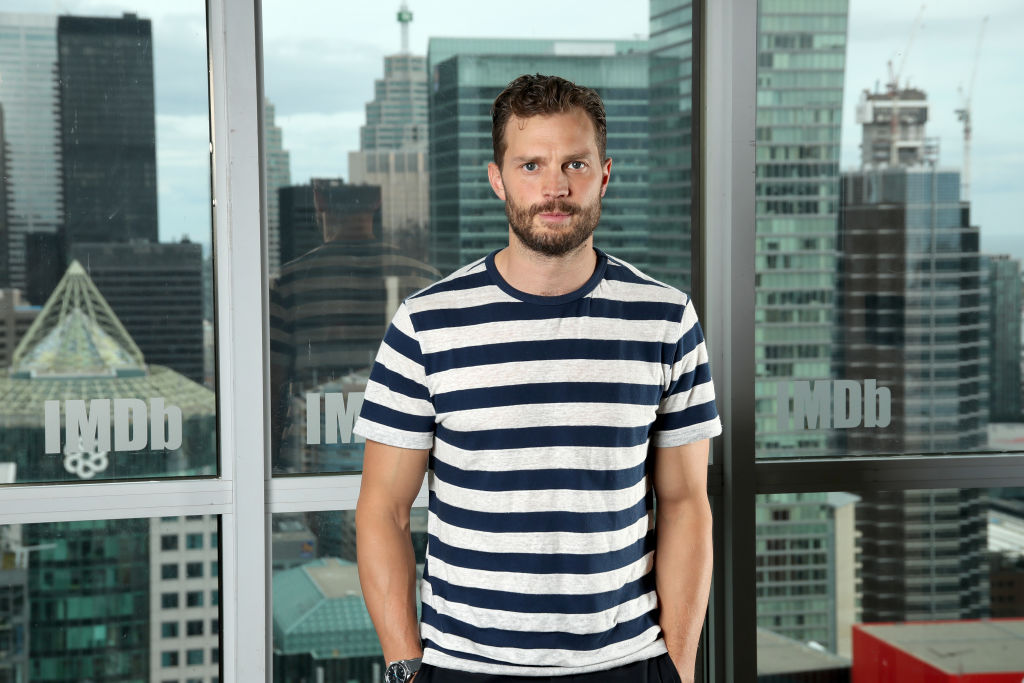 Dornan hoped that wouldn’t be his last collaboration with Wiig, and another opportunity came sooner than he expected.

“So Kristen and I did this movie together,” Dornan continued. “We just got on brilliantly. I’d do anything for her. I’m the biggest fan of hers before. She’s a genius. Her and Annie Mumolo who wrote Bridesmaids together, they had written this thing and they were both in this thing that I had filmed.”

Wiig is the second person who appears in the “Imagine” video after Gadot herself. She explained the project to Dornan.

So Kristen texted me two days before that came out saying, ‘Hey, listen, my friend Gal and I are trying to organize this thing to try to lift people’s spirits. We basically just want you to sing a line of “Imagine.” You can either pick between this line and that line. I was like,  ‘Yeah, fine, whatever, of course I’ll do that. Sounds like a lovely thing to do.’ Then Kristen said, ‘Actually we want you to sing this line: No hell below us.’ I was like that’s fine, I’ll do it. Whatever happens happens. 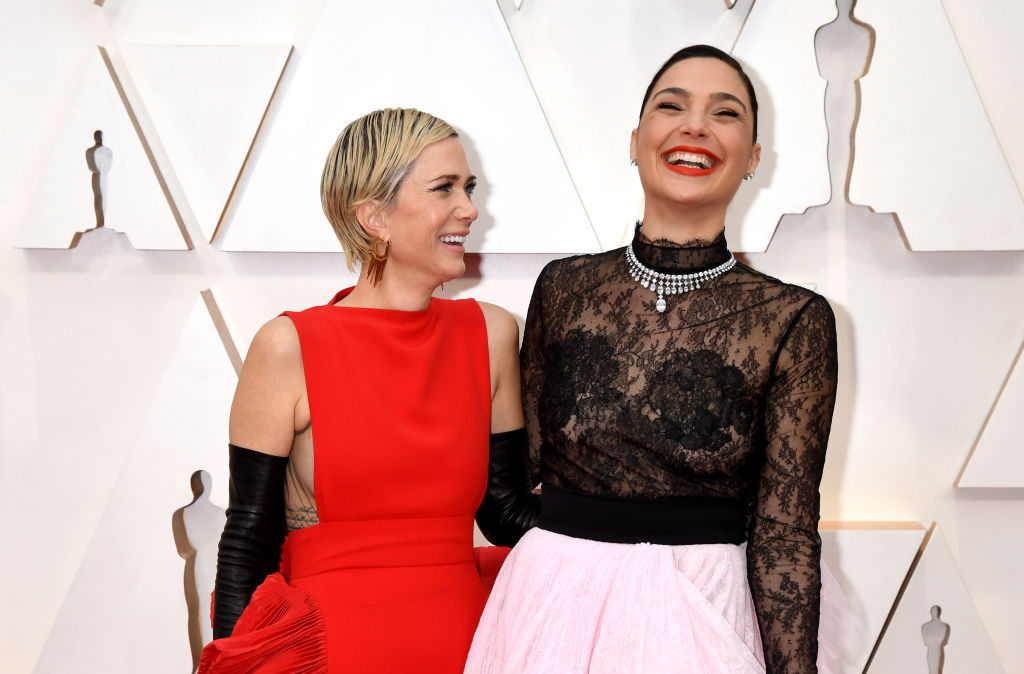 Dornan didn’t have time to plan his line. He just sent it to Wiig for Gadot.

“I nearly texted Kristen to go, ‘What key? Do we go for the way we all know it, the way John sang it and cleared it?’ Dornan said. “I don’t know anyone else who’s doing it. Kristen hasn’t said, ‘So far we’ve got Mark Ruffalo and Sarah Silverman.’ She hasn’t told me so I don’t know what I’m in with, how seriously are people taking it? Is it meant to be sung really well? So I thought my best was to just did it quickly and got it up.”

Dornan is not on social media himself, so he’d moved on from singing “Imagine” until Wiig checked in with him.

“It’s a funny thing not being on social media, I wasn’t really that aware of the negative reaction to it but I was made aware quickly by some mates. Kristen wrote back to me a couple days later, ‘Sorry.’ I was like, ‘What do you mean?’ She said, ‘There’s been a lot of negative stuff. We’re just trying to do a nice thing.’ I’ve got to admit, I had one of my mates text me saying, ‘I’m just watching this video released of pompous self-righteous wankers actors singing ‘Ima’– oh.’

Dornan sympathizes with the people who found the “Imagine” video privileged, to say the least.

“You know what the problem was?” Dornan said. “There was a little bit too much quite clearly people have escaped to their second home. There’s too much acreage in the background. It felt a little too much like beautiful swinging trees clearly by an ocean.”

Dornan was even sensitive to that when he recorded his section. He didn’t want to look like he was living it up in luxury.

“I was quite aware of that when I was doing itl,” Dornan said. “I literally did mine in the toilet of my house. Just make it normal. Not as normal as Ruffalo who was that close to his face.”

Dornan still thinks Gadot’s intentions were good. Ultimately, he’s pretty much just moved on from it. 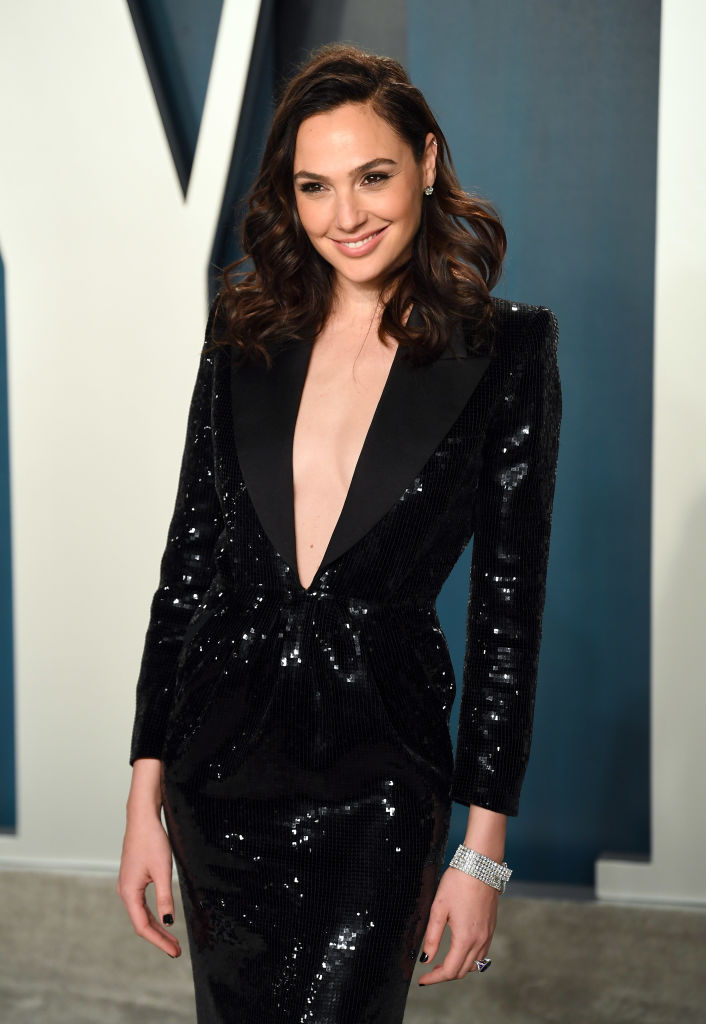 “That’s a very well known successful beautiful person who I’ve never met but everyone I know says she’s lovely and she’s all about being good and kind,” Dornan said. “Essentially she’s trying to do a good and kind thing and she gets nailed for it. I just got dragged along with it but what are you going to do?”