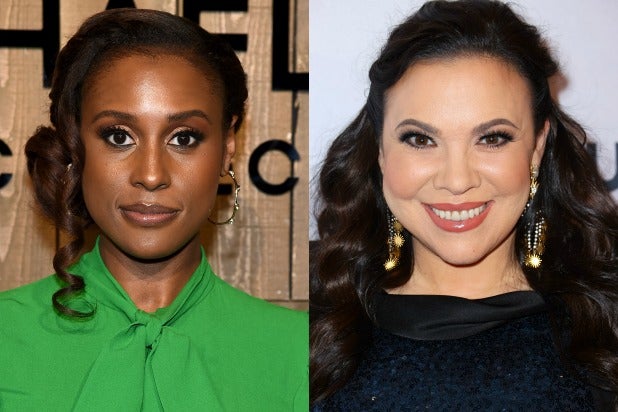 “We are thrilled to be able to leverage the collective expertise of this talented group of Television innovators as we navigate this extraordinary time in the history of our industry,” Frank Scherma, chairman and CEO of the Television Academy, said Wednesday. “Their leadership provides invaluable insight that will allow the Academy to play an integral role in shaping the evolution of the medium.”

Per the Academy, “This diverse and accomplished new group of thought leaders will work closely with the Television Academy’s officers and board of governors to develop and guide the direction of the Academy for the 2021 term.”

The Academy’s board of governors has elected the following individuals as their representatives on the executive committee for the 2021 term: Eva Basler, daytime programming; Kim Coleman, casting directors; Nicole Marostica, public relations; and Lois Vossen, documentary programming.

Here are the bios for the six new appointees to the executive committee, each in the Television Academy’s own words:

Gloria Calderón Kellett: Award-winning writer, producer, director and actress. Kellett was the executive producer, co-creator, co-showrunner, director and actress on the critically acclaimed sitcom One Day at a Time. She spent her early years as a writer/producer on numerous shows including Devious Maids, Rules of Engagement​ and ​How I Met Your Mother​; has directed episodes of ​Mr. Iglesias, Merry Happy Whatever, United We Fall a​nd the ​Mad About You​ revival; and recently sold her first feature film, ​We Were There Too.

Dawn Olmstead: Recently named CEO and partner of Anonymous Content, the leading management and film, TV and branded content company. Olmstead joined Anonymous Content from Universal Content Productions where she served as president overseeing all creative and business operations of scripted and non-scripted content for the studio, making her the first female head of a traditional media studio to oversee both.

Issa Rae: Actress, writer and producer. Rae first garnered attention for her award-winning web series and the accompanying New York Times best-seller The Misadventures of Awkward Black Girl. She created and stars in the hit HBO show Insecure for which she has received multiple Emmy® and Golden Globe® nominations and made her film debut in the acclaimed drama The Hate U Give. This year she starred in Netflix’s romantic comedy The Lovebirds and the HBO political-satire drama Coastal Elites.

Vernon Sanders: Co-Head of Television at Amazon Studios. Sanders oversees scripted and unscripted original programming produced for Prime Video and IMDb TV alongside Albert Cheng, including the Emmy Award-winning comedies Fleabag and The Marvelous Mrs. Maisel, Tom Clancy’s Jack Ryan, and The Boys. Prior to joining Amazon Studios, Sanders served as Executive Vice President, Current Programming for NBC overseeing more than 25 shows each year over his seven-year tenure. He also led the first year of the studio’s Director in Training program.

Zack Van Amburg: Chief content officer and head of worldwide video for Apple TV+. Van Amburg oversees all aspects of the vision and strategy for video programming globally including the launch of the platform, which made history as the first streaming service to debut with all original programs in over 100 countries. Under his leadership, Apple TV+ has become a home for the world’s most creative storytellers. Prior to joining Apple, he served as president of Sony Pictures Television where he oversaw TV’s most broadly praised shows of the past decade.