Who says everything in the film business has ground to a halt? Some directors are finding ways of keeping the cameras rolling. Timur Bekmambetov, best known outside Russia for making the Angelina Jolie thriller Wanted, was midway through filming his second world war fighter-ace film V2: Escape from Hell when the coronavirus pandemic broke. So the Kazakh-Russian sanitised his shooting schedule and, last week, pulled off what he believes was a cinematic first: a feature-film scene shot entirely inside a live video game.

Bekmambetov had originally intended to shoot his dogfight the Howard Hughes way: real sky, real planes. But to minimise social mixing, he instead put his lead actor, Pavel Priluchny, in a plane cockpit on a St Petersburg soundstage with a skeletal crew – while he directed the scene remotely, from 1,200km away in Kazan, Tatarstan. 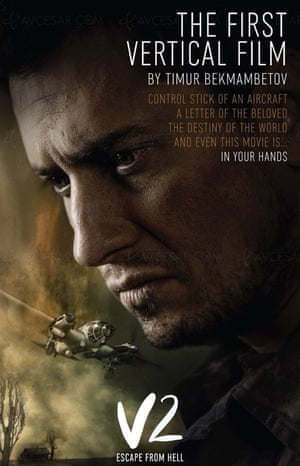 Priluchny’s cockpit was surrounded by four LED screens displaying the action as he played real gamers at online aerial shoot ’em-ups. Unlike with a green screen, he was reacting to “real” events around him. There was a script of sorts – the mission was the downing of a German bomber – and everyone was responding to Bekmambetov’s cues. “One of the problems was the gamers were too good,” he says, wheezing with laughter on a Skype link from Kazan. “They killed Pavel too quickly.”

V2: Escape from Hell was already innovative. The $10m action film focuses on Soviet war hero and concentration camp escapee Mikhail Devyatayev. But Bekmambetov chose to film in a vertical format tailored for the smartphone market. It will also have a shorter runtime and a more fragmented narrative than the version made for Imax. He says going upright is not solely a commercial ploy: “I’m making a movie about a character who never gave up – he was 65lb when he escaped from the camp. It’s a movie about the vertical, about a man who never fell.”

This could be seen as an extension of the technological setup he developed for Profile, his last film: a drama about a British journalist investigating Isis recruitment, which took place entirely inside text browsers and Skype video windows. Bekmambetov’s company, Bazelevs, developed Screenlife, an application that – through the likes of Skype, FaceTime and chat – enables film-makers to direct their actors wherever they are in the world as, in character, they use their computers or mobiles to call each other, stalk people on Facebook and juggle chat threads. It was also used on the social-network thrillers Unfriended and Searching, both produced by Bekmambetov. 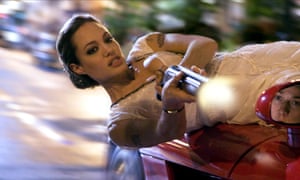 It’s a kind of virtual movie set – in Profile’s case, linking actors in multiple London locations and in Cyprus – that is in perfect sync with the unmanageable information pile-up that is everyone’s daily bread. “Virtual life is the most important part of our lives now,” says Bekmambetov. “This is where we fall in love, or develop new ideas, or betray each other, or whatever. Of course it would be a pleasure to sit with you in the same room, but more and more we accept this reality.”

Not all of the director’s envelope-pushing has been successful: wild but top-heavy SFX sequences collapsed the weak conceptual scaffolding of Abraham Lincoln: Vampire Hunter. Bekmambetov’s penchant for formal experiments and out-there business plans scares executives. He never made the third of the Watch trilogy, the would-be Matrix-rivalling 00s fantasy films. 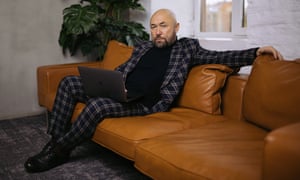 Possibly Fox, which co-bankrolled them, doubted that the franchise had enough recognition factor. Profile, despite its avant-gardist packaging and good reviews at the Berlin film festival, still hasn’t been released. Bekmambetov hints that he’s had trouble persuading other directors to use Screenlife. Perhaps there are still lingering prejudices about the format’s place in cinema, even though Unfriended and Searching were highly profitable.

But now the times might just have aligned themselves with Bekmambetov, as the world converts to remote working in the shadow of the coronavirus. He plans to complete V2’s winter phase this way, ending next month, then return to more traditional in-situ directing in the summer. He’s also launching a new Screenlife-based project, Tales from the Quarantine, collating lockdown stories from around the world.

The current chaos in the industry, he says, may make directors more favourable to his experiments. And the upheaval won’t stop there. “This virus is a really important historical moment,” he says. “We will improve economically, developing better businesses. And the political system will be reshaped – no more bullshit!”