Ben Shephard has spoken out in support of Richard Madeley, following his exit from I’m A Celebrity… Get Me Out Of Here!.

The TV presenter, 65, fell ill after taking part in a Bushtucker Trial this week and was later taken to hospital as a precaution.

However, due to coronavirus guidelines, this meant that he had broken the cast ‘bubble’ and could therefore no longer continue in the competition, and he announced his departure in a statement yesterday.

Addressing the news on today’s instalment of Good Morning Britain, Ben suggested that it was a ‘mistake’ that we would no longer see his co-star in Gwrych Castle.

‘It was short and sweet,’ he told co-host Charlotte Hawkins. ‘It’s such a shame because Richard was the person who was trying to persuade the others not to leave and all of a sudden, he’s gone.

‘It sounds like it was a bit of a Covid-19 protocol issue, he broke the bubble to go to hospital and then couldn’t go back in. 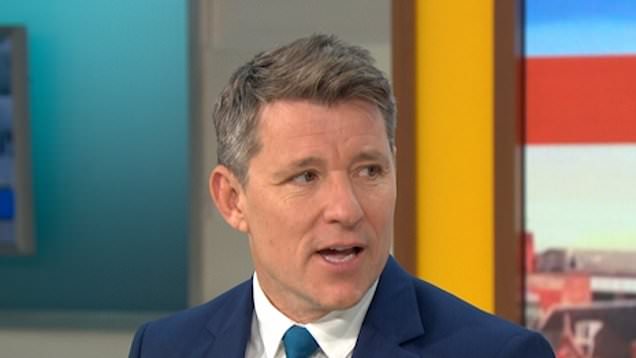 ‘I feel like someone’s made a bit of a mistake there.’

‘It’s such a shame though because he’s already been such an integral part of the show,’ he added.

Richard confirmed his exit from I’m A Celeb on Thursday, just days after the ITV series began.

After reports emerged of his hospital visit, the host took to Instagram to address concerned fans – but explained that he would not be returning to the castle.

‘Hello all! Richard here – firstly just to say that I’m absolutely FINE,’ he began the lengthy post. ‘I started to feel briefly unwell in the small hours of the morning and was taken to hospital as a precaution.

‘By leaving the camp, I had consequently broken the Covid ‘bubble’ and as such I’ve had to leave the castle and all the wonderful celebs that remain in the camp.

‘Obviously I’m gutted to be leaving so soon but the safety of all the campmates is the number one priority.’

He added: ‘I’m incredibly excited to watch their journey continue…even more so at the prospect of being somewhere a little warmer than Gwrych Castle.

‘Thank you to everyone who supported me on my brief but completely unforgettable adventure – I’ve made some great friends and honestly had the time of my life. Speak soon, Richard x.’

His daughter, Chloe Madeley, later shared an update and added that he was ‘livid’ over not being able to return to camp.

‘Dad’s absolutely fine, we’ve been speaking to him all day and ultimately, he’s just livid he can’t go back in to camp because of Covid restrictions,’ she shared on Instagram.

‘He did himself proud, though. He worked hard and was his calm, collected, kind and funny self. We are so proud.’

Good Morning Britain continues on weekdays at 6am on ITV.