BBC Breakfast tracked down Tess, who was seen dancing to Sweet Caroline following England’s victory against Sweden on Tuesday night. Hosts Sally Nugent and Jon Kay introduced Tess to Ian Wright, who was a guest on the show, and he sent a sweet message telling the young girl she’d “inspired” the women’s team.

Tess explained how she had “no words” for how she felt watching the historic moment unfolding following the Lioness’ 4-0 victory against Sweden.

She told Sally and Jon how she would like to be a footballer herself when she’s older.

Sally then invited Ian to speak to the young girl and offer some words of advice. 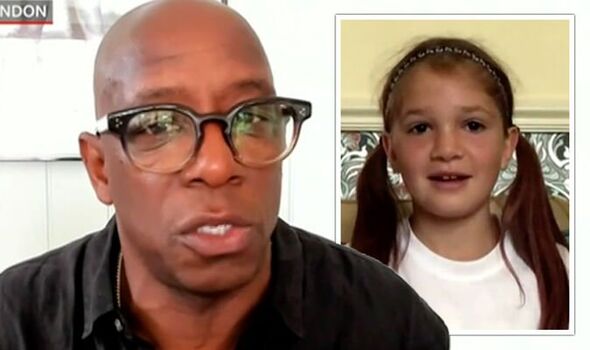 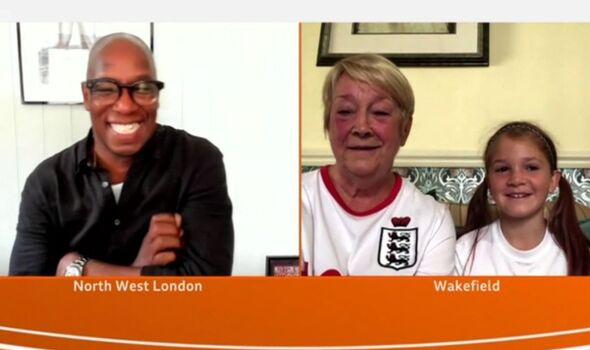 “Yeah,” the youngster replied as she appeared via video next to her grandmother, Susan. “Definitely.”

Ian smiled as he explained: “See, when I saw Tess celebrating yesterday, I was thinking, ‘Now that – those scenes – are iconic scenes.’

“And I’m sure the girls in the dressing room when they see that, they will have been inspired by that, Tess.

“You won’t even understand how much you’ve inspired the girls, because when they were younger, they couldn’t have the dream that you’re having right now, of being professionals, doing this.

“They know that they’ve led the way in making sure that girls like yourself, who gave us those beautiful scenes of you celebrating, can actually be a professional footballer.” 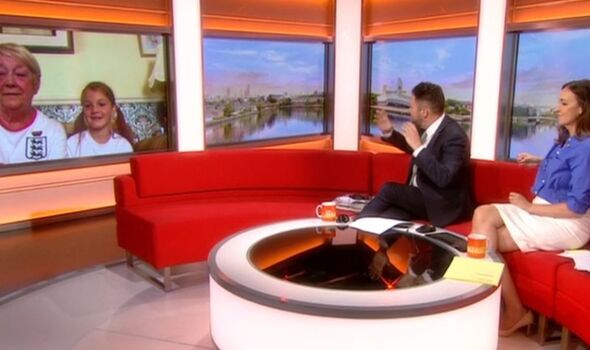 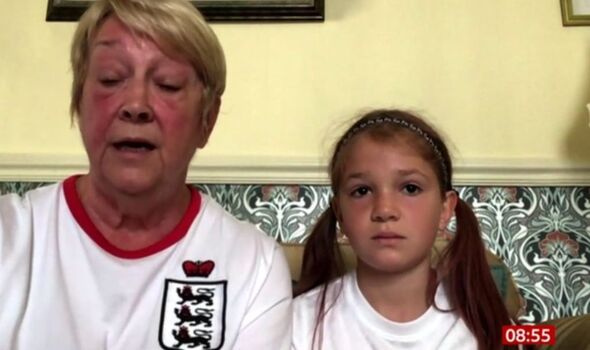 Tess smiled as Ian continued: “And this is why… people don’t understand how wonderful the achievement is at the moment.”

The 58-year-old asked the schoolgirl what position she plays, to which she replied: “Well, I love playing midfielder.”

Tess then received some once-in-a-lifetime advice from the former professional.

He explained: “What I would say, as a midfielder, Tess, before the ball comes to you and you have to be looking around everywhere to see, that once the ball comes you’ve already got the picture in your head of where you’re going to pass the ball next.

“So my advice to you is to watch Keira Walsh – make sure you know what you’re going to do next before you get the ball as a midfielder.”

Nodding, the young girl replied: “Thank you,” while Jon remarked: “You’ve been told, Tess. Private tuition this morning from here on BBC Breakfast! How good is that?!”

“Granny Susan, I can see you’re an England fan as well,” Jon observed.

“What does it mean to you to be able to see your granddaughter loving football, seeing her team getting through to the finals of Wembley? Just sort of generationally, what does this moment mean?”

“Tess doesn’t need any inspiring, because she’s absolutely up there, she absolutely loves football. But I think it’s wonderful to watch for young girls and all children, to be honest.”

BBC Breakfast airs weekdays from 6am on BBC One.