“At one point, we even talked about shooting the entire season in black-and-white”, says the frequent lenser of the FX series

The FX limited series Fargo is well-known for surprising viewers with poignant, striking diversions within the main narrative of a season — think Season 2’s UFO invasion or Season 3’s sojourn in L.A. for Carrie Coon’s Gloria Burgle. But the ninth episode of Season 4 — the primarily black-and-white visual feast titled “East/West” — took this model to an entirely new level.

“In the first two episodes, you see what we did that the mugshots in black-and-white”, says Gonzales, “and that was an inspiration in a weird way. Just showing how important mugshots were as a kind of a badge of honor for getting your photo taken, even if you were a criminal, back in the 1930s, 1940s and 1950s. And then bringing in the whole Wizard of Oz-like storyline, where the transformations from color to black-and-white were very important to the story, was really exciting.” 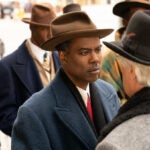 Unlike most of the ensemble-packed Season 4 centering on 1950s-era Kansas City crime syndicates at war, this episode is focused squarely on ‘Rabbi’ Milligan (Ben Whishaw) and young Satchel (Rodney L. Jones III), the power-traded son of crime lord Loy Cannon (Chris Rock), taking a road trip to the inaptly-monikered Liberal, Kansas, where the unlikely duo settle into a very unusual boarding house, complete with twisty staircase and carefully laid-out delineations, very purposefully bifurcated based on race, politics and personal mores. “The boarding house location was unbelievable”, Gonzales adds. “It was so iconic, and it was all about how we had to find one locale to really utilize the east/west theme.”

But the visual palette was comprised of deeper genres than one might surmise. “Many people think film noir was the inspiration, but I was most inspired by the book “The Americans” by Robert Frank”, says Gonzales, who has photographed for all four seasons of Fargo and also directed four episodes of the series this past year. “Frank basically showed you the ugly and good sides of America in a full range, especially with segregation, which we deal with in the episode and created just the right color-and-Kodachrome Americana look we were going for.”

Color scenes bookend the visually rich episode, which delivered the usual nods to the Coen brothers oeuvre: an eye-patched guest at the boarding house’s odd dinner party that recalls John Goodman in O Brother, Where Art Thou?, the red walls (seen in the bookend scenes) reminiscent of the hallways in Barton Fink, and a climactic, whipping tornado straight out of the conclusion of A Serious Man (as well as the aforementioned Wizard of Oz). But the creators ultimately wanted the most recent season to stand on its own. “We were pretty much able to do what we wanted [for Season 4]. It was always going to adhere to the aesthetics of the Coens but create even more world-building.” 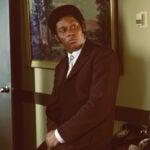 The visual outlook of the season was always high on the discussion list as well. “At one point, we even talked about shooting the entire season in black-and-white”, says Gonzales, who also worked with creator Noah Hawley on FX’s Legion, where many of the ideas presented within the self-contained world of “East/West” actually germinated.

“It was quite an aggressive process, because a lot of the time people shoot black-and-white, they just desaturate the image”, Gonzales notes, referring to the episode’s crisp and sharply etched tones. “But that wasn’t enough for me, I wanted the vintage look of Robert Frank’s photos and tonality with how the different colors work within the black-and-white. And we built the wardrobe and production design to go hand in hand with it. I think as a cinematographer, if you get a chance to do a black-and-white episode of any show, it’s always exciting.”

Fargo is available to stream on FX on Hulu