Tom Holland can receive a lot of credit for making the new Marvel Cinematic Universe Spider-Man movies what they are. However, in all fairness, each movie is a full ensemble effort. Every Avengers movie proved that, including the star power involved. No one should knock off the sideline characters in the Spider-Man movies either.

Maybe some will contend these characters have slightly less star power than Holland. In truth, without them, the movies would probably collapse under the gravitas of Holland’s performances. Zendaya, Jacob Batalon, and Marisa Tomei are just a few examples. On places like Reddit, fans are hoping these side characters receive more development in Spider-Man 3, despite Peter Parker likely being the focus. 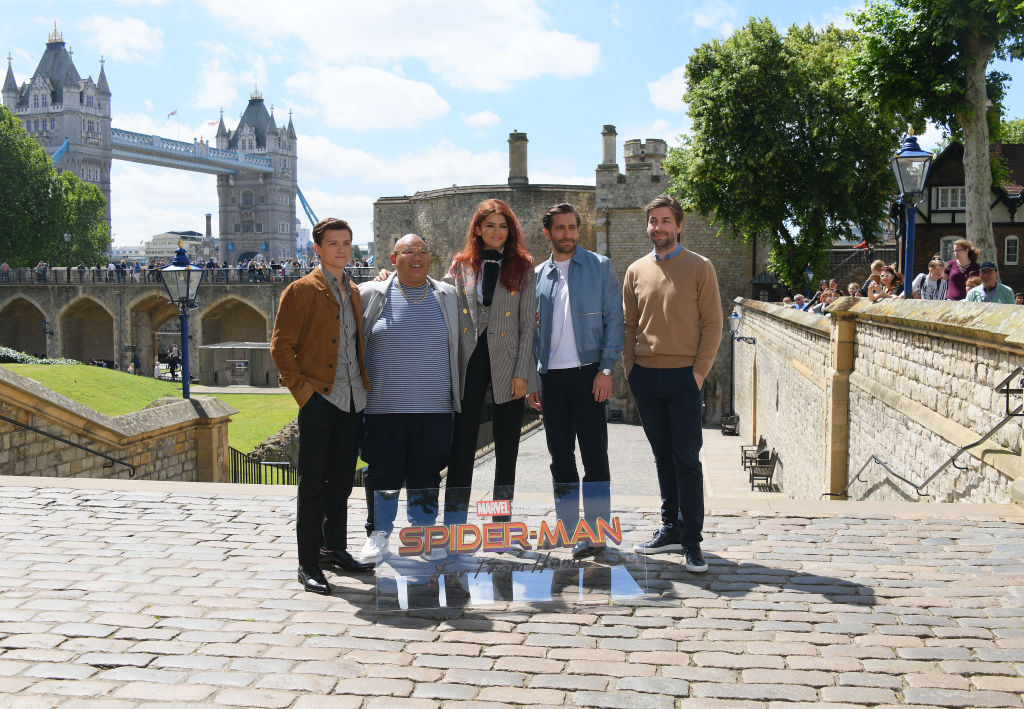 The importance of the Spider-Man supporting characters

Having MJ and Ned Leeds around in the recent Spider-Man movies managed to further nurture some genuine chemistry between these young actors. Zendaya and Holland truly do have some fireworks in a few scenes. Jacob Batalon’s Ned Leeds also has perfect comedic timing with Holland, not including helping Peter Parker through numerous predicaments.

Most of those characters still only show up occasionally, including less frequently when Parker became involved with The Avengers pursuits. However, he may need his friends more than ever to prove his innocence in the plot of Spider-Man 3.

One of those he may really need in his corner is Parker’s Aunt May (Marisa Tomei). If any character needed more development, it would be her. On Reddit, many fans agree with this stance on side characters, including a few disagreeing on which sideline characters should become more involved.

Perhaps MJ will spring to life as Firestar

Some rumors have popped up MJ is really Michelle Jones, a new take on the name of the woman who becomes Firestar. The original name was Angelica Jones, yet became a recurring sidekick superhero character in the animated versions of Spider-Man.

Fans on Reddit have speculated about this as well, leaving it open that Zendaya may have the greatest character development of all. This might be a smart move while playing up their possible romance as a tease rather than being fulfilled.

The dialogue between Holland and Zendaya always provides some of the best romantic moments in any of the recent MCU movies. Having more of that, especially as Parker fights for his freedom, would prove an entrance into MJ developing her own superhero powers.

Yet, what will happen to characters like Ned, Maria Hill, and Harold “Happy” Hogan? The latter character intrigues many fans, including one Reddit user who thinks Happy should get more on-screen time.

Most likely, Ned Leeds will never be written out of the picture, if hopefully getting more time to develop his background. With Batalon saying he would love to play Hobgoblin, according to ScreenRant, based on the Ned Leeds of the comic books, the chances are there to also spread his wings.

Regardless, some Reddit fans think all the sideline characters have run out of time on further development. In a few minds, none of them matter much, other than Happy Hogan, played by Jon Favreau.

Those earlier scenes with Favreau and Holland were undeniably memorable. Best of all was when Happy told Peter Tony Stark picked him in The Avengers for a good reason. This more or less set up a possible new mentorship between the two.

As one fan said on Reddit above: “I’d keep Happy but bin everything else off, agreed.” A comment like this seems to suggest Peter Parker (and the new villain) may get all the focus in the sequel. Then again, the irony of Peter’s friends turning into superheroes/villains would give the best excuse to not make them near cardboard cutouts.