The popstar performed her new single ‘Raising Hell’ from her fourth studio album, ‘High Road’, and the audience stood up to dance to the whole song. After the song, Kesha was called over to meet the other guests of the show ‒ Hillary Clinton and her daughter Chelsea, Jamie Oliver and David Mitchell. Graham informed the audience: “You may sit down now, your dancing is over.”

The TV chat show host told Kesha: “They’re buying it, they love it.

“I have never seen our audience up and dancing before!”

Kesha thanked the audience profusely for standing up for those three minutes, insisting she really appreciated the support.

Graham said, jokingly: “I found it a bit disconcerting, but there you.” 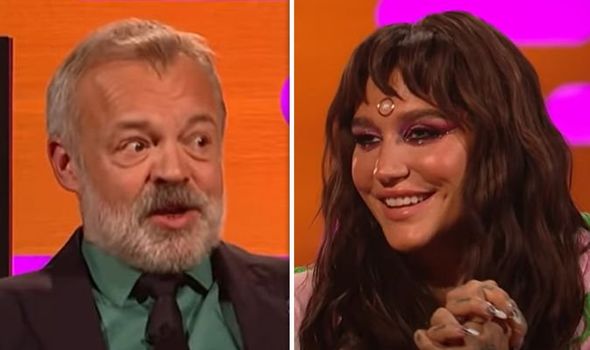 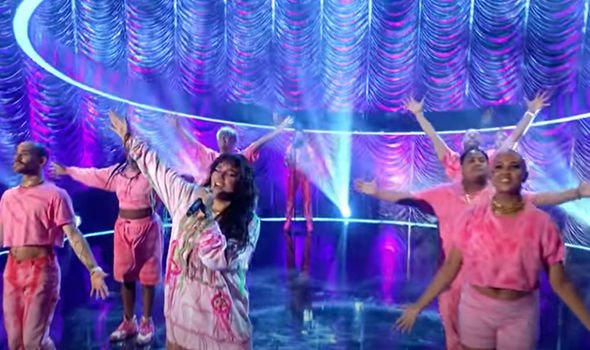 Chelsea asked: “They’ve never stood up for you?”

Graham responded: “No, never, ever. Thank you for noticing, Chelsea.”

This is quite a statement, given that the Graham Norton Show has been on air since 2007.

However, the audience’s warm reaction to the American star may have been a display of solidarity with her over her ongoing legal battle with Dr Luke. 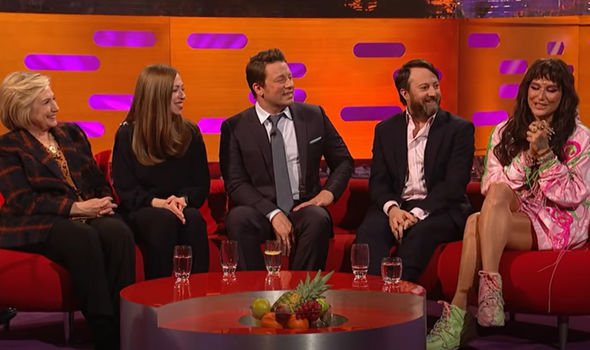 The dispute, which has been going on since 2014, has been a cloud hanging over Kesha’s head for six years now.

The long time between her second and third album ‒ five years ‒ was in part due to the ongoing series of lawsuits.

Despite this turbulent time in her career, however, Kesha fought back with two albums and has now sold over 134 million records worldwide. 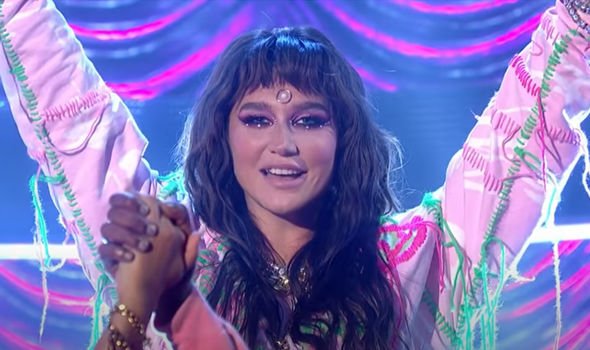 Kesha told Graham: “Not every song on the record is happy, upbeat, pop-y, but I really wanted to reclaim my happiness, because I feel like I’ve been through… things. And haven’t we all?

“After some self-reflection, I realised pop music makes me really happy and so I’m going to do it.

“And I just accepted that I’m kind of a cheesy b**** that loves pop music. And I’m not going to hide it!”

Graham said: “As a woman, what you went through personally, professionally, it’s just awful.

“And that moment in the 2018 Grammys when all the other female artists got up, as a viewer it made you shiver.”

During her performance of ‘Praying’ at the Grammy Awards in 2018, Kesha was joined on stage by numerous other female music stars, all dressed in white.

Introduced by Janelle Monáe, who said “we come in peace, but we mean business” while wearing a Time’s Up badge, Kesha also stood alongside Cyndi Lauper, Camila Cabello, Julia Michaels, Andra Day and Bebe Rexha. 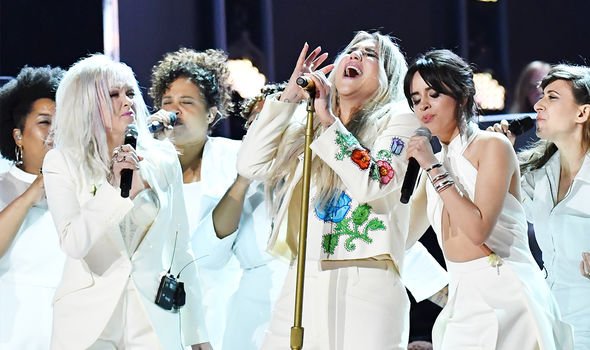 Kesha told Graham: “I still can’t even look at that picture without getting weirdly emotional because it was this moment in the music business where women are always pitted against each other and it was us saying, ‘No! No!’

“We’re going to come together and have each other’s backs.

“And it just felt like the most beautiful experience of my entire career.”