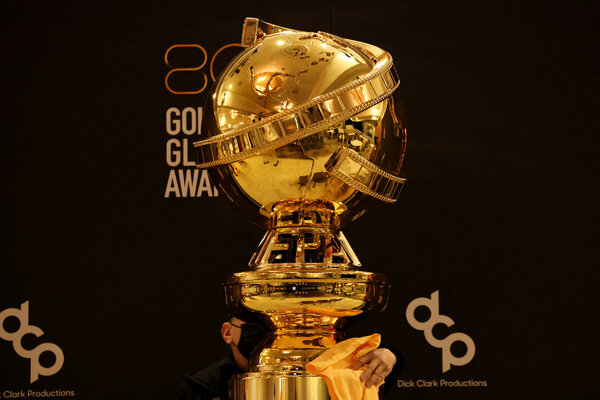 The 80th Golden Globe Awards will be the first edition of the annual spectacle to be on TV since an ethics, finance and diversity scandal involving the Hollywood Foreign Press Association, the group behind the awards, led NBC to decide not to air the 2022 ceremony. So the biggest question is really whether the show’s organizers can win back the trust of viewers, the network and the Hollywood figures whose presence it relies on.

Still, there will be formal winners. As in years past, the show will hand out honors in both film and TV categories. Nominees in the top film categories include “The Fabelmans,” “Tár,” “Elvis,” “Everything Everywhere All at Once” and “The Banshees of Inisherin.” TV shows up for multiple awards include “Abbott Elementary,” “House of the Dragon,” “Better Call Saul” and “The Crown.”

The ceremony is set to air on Tuesday at 8 p.m. Eastern time (5 p.m. Pacific time) on NBC, and to be streamed on NBCUniversal’s streaming service, Peacock. Follow below for updates as winners are announced.