The issue of children returning to school remains at the forefront as the end of the Christmas holidays looms closer. This morning, Robert Halfon MP appeared on Good Morning Britain to give his own thoughts on the matter as many members of the public continue to be divided over whether they feel their children should be in classrooms or remain at home. However, it was Education Secretary Gavin Williamson host Sean took issue with, remarking of the situation: “It’s like a game of ‘Where’s Wally’, where’s Williamson?”

Charlotte Hawkins and Sean Fletcher are currently standing-in for usual hosts Piers Morgan and Susanna Reid as they take time away for Christmas.

The pair were in the hot seat this morning and later on, in the programme, the duo were joined by Mr Halfon.

The MP for Harlow chairs the House of Commons Education Select Committee and today was probed on the ongoing coronavirus and the impact this is having on schooling.

Hawkins noted the “late decision” which had been taken on Christmas and felt it seemed to be the same for the issue of whether children would go back to school. 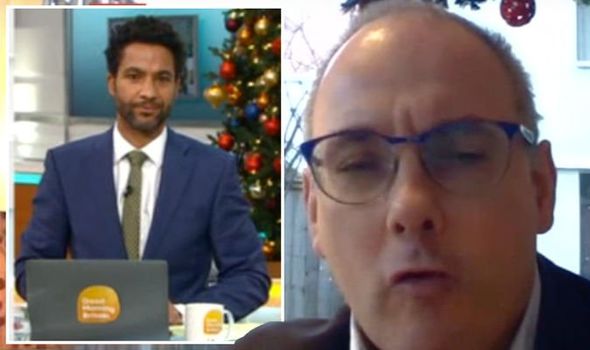 We will use your email address only for sending you newsletters. Please see our Privacy Notice for details of your data protection rights. Kate Garraway’s heartache as she spends Christmas apart from husband

Halfon replied: “I very much want schools to go back for the reasons I’ve just outlined… I’m worried we are damaging children’s mental health and well-being

“Every time schools are closed, it puts pressure on parents who have to work…”

He went on to add: “I would welcome a statement either from PM or CMO as to what the scientific evidence is and to set out a long-term plan.

“We can’t have schools as a revolving door, with parents and the teaching profession and support staff not knowing what’s going to happen.” 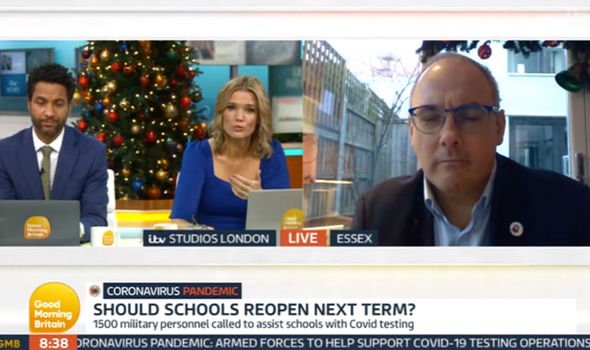 Weighing in on the discussion, Sean cheekily asked the MP: “What grade would you give to Gavin Williamson?”

“Given this is the biggest crisis for education in a generation, where is Gavin Williamson?”

Criticising the Education Secretary further, he added: “Where is the leadership? It’s like a game of there’s Wally where’s Williamson?

Mr Halfon replied: “To be fair to the Government, We are in a national emergency, there are firefighting dealing with this awful pandemic…”