Kirsten Storms currently plays Maxie Jones on General Hospital. Her character is also close friends with Lulu Spencer, who is played by Emme Rylan. Storms and Rylan get along very well in real life, and that is perhaps something many fans can sense when watching their characters interact with each other.

However, it might be surprising to some people that Storms, whostarted working on the show several years before Rylan, initially did not feelgreat about Rylan joining General Hospital.In fact, Storms once shared that she “was determined to hate” Rylan. 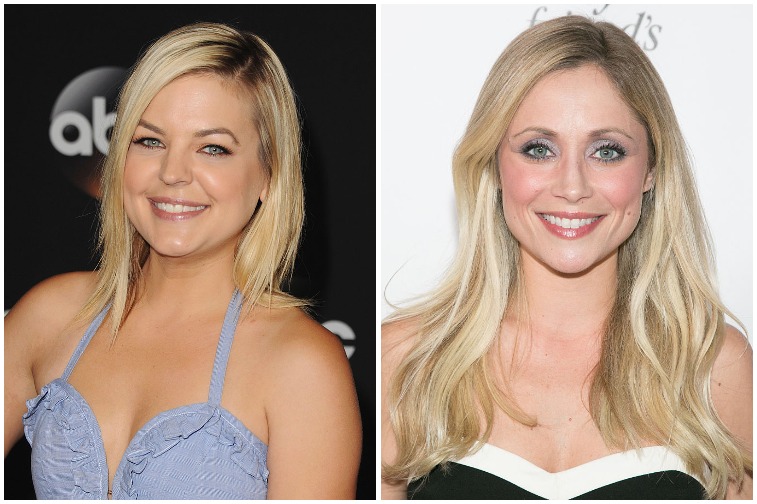 Before Rylan joined the cast of General Hospital in 2013, Lulu was being played by actress Julie Berman. Berman was on the show for eight years.

Storms and Berman started working on General Hospital around the same time, and they are close in age.As such, the two of them had a lot of interesting memories together.

Speaking to SoapOpera Digest about working alongside Berman, Storms said: “When I thinkback to those years, I just remember the storylines they gave us aboutdisliking each other. I think about the episode where they put tape down thecenter of their apartment to separate the apartment. We had so much funbickering because we got along so well.”

“Working with Julie was great,” Storms added. “She’s such atalent. It was so sad when she left.”

RELATED: ‘General Hospital’: The 1 Couple Fans Are Ready to See on the Show

Because of her great relationship with Berman, Stormsthought she would not get along as well with Rylan. Storms shared with SoapOpera Digest that she was actually “determined to hate [Berman’s] replacement,”but things turned out differently and Rylan “ended up being the best friendI’ve ever had in my life.”

Storms said about Rylan: “She knows everything there is toknow about me; we have that sort of relationship with each other.”

Their closeness off-screen has been an asset for them when filming. Storms revealed she and Rylan are “comfortable” with each other on set that they can improve their craft together.

“We’ll read scenes separately at home when we’re preppingand both come in the next day being like, ‘Oh, man, I don’t know how we’re goingto do this,’” Storms shared. “And then we read them with each other and itclicks, and then we’ll go upstairs and they’ll be the best scenes we’ve everhad.”

Kirsten Storms and Emme Rylanbond over many things

Hands down the best decision of our lives. We dragged @kirstenstorms couch into my dressing room and made a giant relaxation nest. #ilovemyjob #pleasedontcallustoset #gh (This photo made possible by the beautiful @therealstafford) (I found the knitting pattern on Etsy it’s by @zoe.creates it’s her chunky slip stitch scarf!)

RELATED: ‘General Hospital’: How Much Does the Cast Make and Who Earns the Most?

As Storms mentioned, she and Rylan are extremely close witheach other. Fans who follow them on social media might see many pictures ofthem doing activities together when they are not filming.

For example, Storms and Rylan are both mothers. Storms has one daughter while Rylan has three children. They and their kids are known to spend time together, and there’s no doubt the two ladies often share parenting tips with each other.

Additionally, both Storms and Rylan love to knit. They have shared this passion with fans on social media, and it’s clear this is one thing that bonds them together.