But McHenry’s claims of retaliation, gender discrimination and sexual harassment against Fox Corp. were dismissed 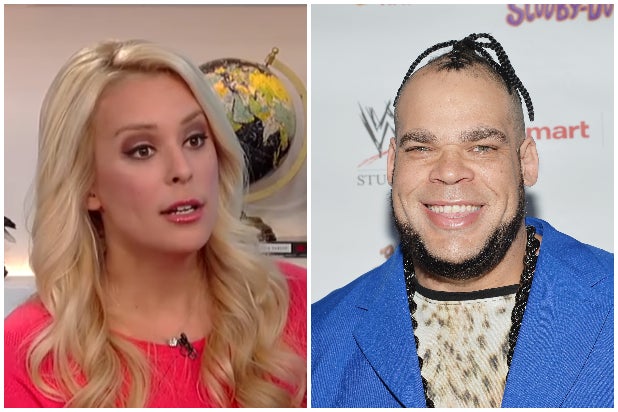 Fox Nation commentator Britt McHenry’s sexual harassment lawsuit against her former co-host George Murdoch (aka Tyrus) can move forward, a federal judge ruled on Friday. But McHenry’s claims against Fox News’ parent company and two of its executives, John Finley and Monica Mekeel, have been dismissed.

In his ruling, U.S. District Judge Paul Engelmayer ruled that Murdoch’s “communications [to McHenry], as pled, are readily construed to reflect sexual advances and propositions, albeit unusually crude and clumsy ones, towards her.” The judge also ruled that the text messages included in the complaint “do not affirmatively support the inference that McHenry cultivated Murdoch’s text messages to her, including those about his genitalia and sexual desires.”

Engelmayer denied Murdoch’s motion to dismiss McHenry’s claims that he retaliated against her for speaking up about his alleged behavior based on the “temporal proximity of Murdoch’s acts to the complaint and investigation into his conduct; the suddenness of Murdoch’s change in behavior, from making sexual advances towards her towards lashing out at her on the air and in front of a network guest and circulated doctored texts and images of her; and from the rage reflected in these acts themselves.”

Though the judge dismissed McHenry’s claims of aiding and abetting sexual harassment and gender discrimination against Jennifer Rauchet, an executive producer on Fox Nation, McHenry will still be able to pursue her claims of retaliation against Rauchet.

“We are pleased that the court dismissed all of McHenry’s baseless claims against Fox Corporation, Monica Mekeel and John Finley, as well as the harassment claims against Jennifer Rauchet,” a Fox News spokesperson said in a statement. “Once the facts of the case have been presented, we are confident Fox News and Rauchet will prevail on McHenry’s remaining claims, which are equally without merit.”

Last year, McHenry sued Murdoch, Fox News, parent company Fox Corp. and three network executives — Rauchet, Finley and Mekeel — after she said the network failed to adequately respond to her accusations of sexual harassment against Murdoch and then retaliated against her for coming forward.

In her original complaint, McHenry said that Murdoch’s sexual harassment began in August 2018, just before she and Murdoch would become co-hosts on Fox Nation’s “Un-PC” show. At that time, McHenry said, Murdoch began sending her unwanted sexual texts such as, “Dick pic coming in 5 sec!!!!” and “I please especially on your knees hotness,” according to the suit.

Attorneys for Murdoch and McHenry did not immediately respond to TheWrap’s requests for comment.

Pamela Chelin contributed to this report.