Finley (Rose Reid) is an aspiring violinist who just botched her biggest audition ever. Beckett (Jedidiah Goodacre) is a Hollywood bad boy who is growing weary of fame. When fate (read: a winking flight attendant) seats them together on a cross-continental flight, sparks — quite predictably, mostly uncomfortably — fly. Such is the setup of Brian Baugh’s “Finding You,” a rom-com (with splashes of drama, care of death, cancer, and the price of celebrity, surely all stellar romantic hallmarks) that never met a contrivance it didn’t love, right down to its winking take on “Notting Hill.”

There’s nothing inherently wrong with using the cinematic grammar and usual expectations of a genre to attempt something new, but for every slightly inventive element in “Finding You,” Baugh piles on three times as many other bits of been-there, done-that plotting. For instance: Beckett’s prickly attitude toward his celebrity adds actual pathos to the film. He’s been famous for years, and his sniveling stage dad, played by Tom Everett Scott, has turned him into nothing more than a product to sell. Finley’s issues, however, are less pressing, mainly because they’re so often jettisoned in favor of wacky, silly, completely predictable pieces of rom-com complication (rom-com-com?).

At least the setting charms. After Brooklynite Finley bombs out during a conservatory audition, she opts to take a semester abroad in the small Irish village where her beloved big brother once spent his own magical season. Perhaps, she hopes, the idyllic place will unlock her musical potential and get her into fighting shape for one more audition in the fall. The County Clare locale is stunning, and even the ever-present soundtrack of anonymous pop jams that roll over badly lit montage after montage can’t change that.

After their plane-set introduction — Beckett is cocky and kind of rude! Finley really doesn’t care! — the pair are again thrown together at the local bed and breakfast where they’re both staying. Beckett is interested in the serenity of the joint (there appear to be no other guests) and Finley is just happy to temporarily join the same host family that loved her brother so many years ago (the Callaghans are silly, nosy, and really quite fun, especially daughter Emma, played by a delightful Saoirse-Monica Jackson). Whatever could possibly keep these two attractive young people apart? (Beyond, of course, rom-com-com.) 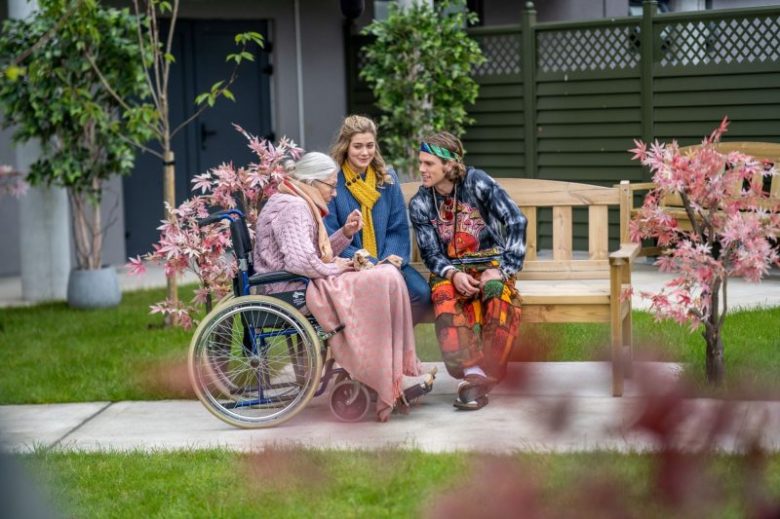 Finley soon finds herself plunged into the minutiae of small-town life: she’s not only privy to Emma’s teen troubles, but also dispatched into helping the Callaghans run the B&B; she’s not only assigned to volunteering to help a salty older woman (Vanessa Redgrave, obviously wonderful), but the association involves her investigation of decades-old town gossip. Hell, she even snags a regular spot playing her violin (or, as her newly minted mentor, a lovable scamp prone to passing out on benches when he’s not working, demands she call it, a fiddle) at the town’s best pub. One thing Finley does not have time for: school, the alleged thing she came to do. (This is never an issue, there are zero repercussions, we see Finley in class exactly once, and then it’s back to everything else.)

Oddly enough, it’s those sort of details that are harder to swallow than the film’s other big swings, including her halting romance with Beckett. So many plot points — she’s here for school, her beloved brother is actually dead, she’s worried about her violin playing, Beckett asks her to basically become his acting coach, Emma and the rest of the clan are nuts — are transparently heaped on “Finding You” to imitate the texture and tone of other rom-coms.

It’s not just a film that feels crafted by Mad Libs, but possibly by a middling A.I. with a soft spot for both “Notting Hill” and cinematic artifice that mistakes contrivances for drama and evolution. Instead of leaning on the chemistry between the budding couple at its heart — mostly chaste, still sort of sweet — “Finding You” is far more compelled by the possibility of finding, well, any other nutty complication it can possibly unearth. 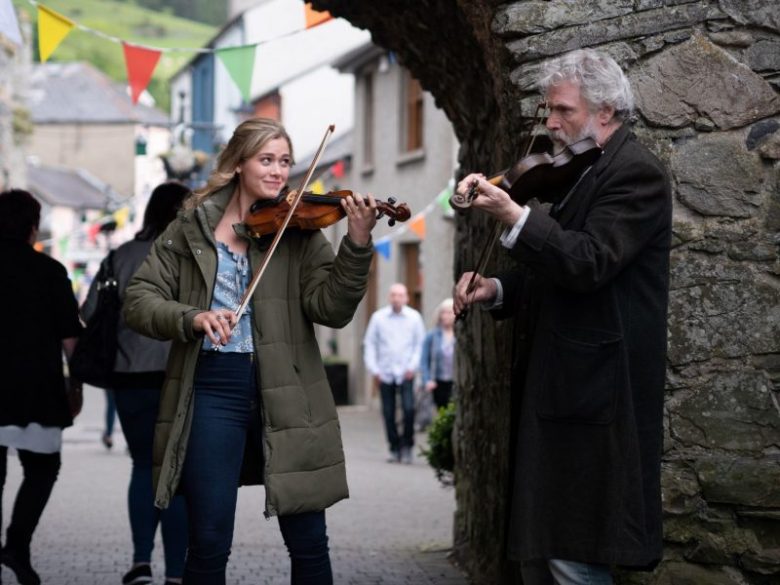 Viewers familiar with Baugh’s other work, including “I’m Not Ashamed” (a biopic about Rachel Joy Scott, the first victim of the Columbine school shooting), will likely be able to sniff out some of its other, more understated inspirations, including Jenny B. Jones’ contemporary religious YA novel “There You’ll Find Me.” Jones’ book focused more heavily on Finley’s crisis as one of faith, and an undercurrent of vague spirituality does still run through the film, though it’s mostly reduced to the cross-finding scavenger hunt that peppers the story. (This might also account for, again, the mostly chaste nature of Finley and Beckett’s romance.)

There are brief moments of magic: Finley and Beckett’s frequent field trips afford them time to charm each other against lush Irish backdrops, Beckett’s troubles with fame shine an unexpectedly prescient light on the movie-making world, and Finley’s bond with crotchety Mrs. Sweeney (Redgrave) is both amusing and heartfelt. But even those flashes of sweetness and smartness are stuck in between increasingly odd twists and tropes, eager to play up the “Notting Hill” of it all without actually doing the work to make it stick. Most love stories don’t look like the ones we see in the movies, and “Finding You” proves that doesn’t have to be a bad thing at all.

Roadside Attractions will release “Finding You” in theaters on Friday, May 14.

As new movies open in theaters during the COVID-19 pandemic, IndieWire will continue to review them whenever possible. We encourage readers to follow the safety precautions provided by CDC and health authorities. Additionally, our coverage will provide alternative viewing options whenever they are available.