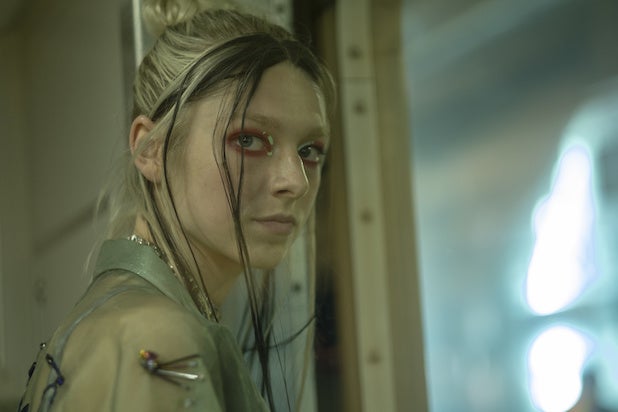 HBO has set the premiere date for the second of its two special “Euphoria” episodes, which are acting as a “bridge” between the show’s first and second seasons amid pandemic-related production delays, with the next installment scheduled to air Sunday, Jan. 24 at 9/8c.

Per HBO, “The special episode directed by Sam Levinson, titled ‘F*ck Anyone Who’s Not A Sea Blob,’ follows Jules (played by Hunter Schafer) over the Christmas holiday as she reflects on the year.”

Schafer is co-executive producer on the episode, which she co-wrote with “Euphoria” creator Sam Levinson.

“Euphoria’s” first standalone episode was titled “Trouble Don’t Last Always” and showed Rue (Zendaya) talking to her sponsor Ali (Colman Domingo) on Christmas Eve as she struggled to cope with the aftermath of Jules leaving her behind to go to the city in the Season 1 finale and her subsequent relapse. The Rue-centric episode launched last Friday on HBO Max before having its linear premiere Sunday on HBO.

Both special installments were produced under COVID-19 guidelines, according to HBO.

The series is produced in partnership with A24 and based on the Israeli series of the same name, which was created by Ron Leshem and Daphna Levin, from HOT.

Readers who haven’t seen the first “Euphoria” special episode yet can head over here to find out what’s going on with Rue and how she imagines things might have turned out for her and Jules had she actually gone with her at the end of the first-season finale.