In case you haven’t already guessed it … 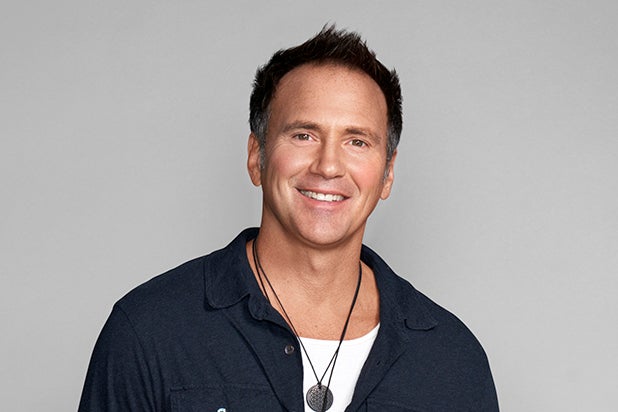 The first half of the premiere episode of Paramount+’s highly anticipated “The Real World” reunion was dedicated to the original cast members reuniting for the first time in nearly 30 years, a largely cheerful segment punctuated by the refrain, “Where’s Eric?”

Turns out that Eric Nies, one of the first season’s biggest stars, wasn’t able to move into the New York City loft with the other cast members because he tested positive for COVID-19. Instead, Nies had to isolate in a separate New York hotel and call in via video chat.

“When Eric popped on the monitor, I knew,” his castmate Andre Comeau said in the episode. “These are the times of COVID, so yeah, I added two plus two pretty quickly.”

Fans likely had the same reaction after the news that Eric wasn’t able to participate in the reunion in person was first reported by the New York Times. At the time, all Nies could say publicly was that it was “definitely not by my choice.”

The six other original cast members — Comeau, Becky Blasband, Heather B. Gardner, Julie Gentry, Norman Korpi and Kevin Powell — were all reunited in person at the SoHo loft where their original season was set and had emotional reactions to the news of Nies’ positive test. Gardner, in particular, seemed especially upset, having shared a close relationship with Nies both on-screen and off.

“We were just texting and he was promising me back rubs,” she joked. “We just had a lot of jokes and stuff we wanted to catch up on. And I was looking forward to that.”

Nies and all the other cast members underwent COVID-19 tests prior to entering the loft as part of the show’s safety precautions. Gentry said they also spent time quarantining in separate hotels prior to filming as an added measure.

Nies, who has transitioned from reality TV stardom to becoming a New Age-type “spiritual guide,” appeared to be largely asymptomatic and called in several times throughout the premiere episode.

“I’m OK,” he told the rest of the cast. “I can feel something in my body, something moving, but I don’t have a temperature. My vitals are stable.”