“Music is an experience, not a science.” — Ennio Morricone

Hollywood is reeling at the death of composer Ennio Morricone, who died unexpectedly on July 6 at age 91. In the global film community, he’s as revered as any screen composer from Nino Rota and Bernard Herrmann to John Williams and Hans Zimmer, who credits “Once Upon a Time in the West” for inspiring him to become a film composer. “Ennio taught me that the simplest, purest and honest melody is the hardest,” tweeted Zimmer.

Arguably Morricone’s greatest scores were for director Sergio Leone, with whom he went to elementary school. They collaborated on seven films, talking through the characters and stories before Leone wrote the scripts; the filmmaker listened to Morricone’s scores while filming the masterpieces “The Good The Bad and the Ugly” (1966), which is likely the most recognizable Morricone score, with its two-note coyote howl theme and oft-quoted “The Ecstasy of Gold,” and their piece de resistance “Once Upon a Time in the West” (1968). During “The Last Duel,” when the man in black (Henry Fonda) stands off against the man in white (Charles Bronson), the significance of Morricone’s haunting harmonica theme is revealed. Never has music been used more effectively in cinema.

But another influential soundtrack was Morricone’s percussive tension-builder “The Battle of Algiers” (1966), which won big on the film festival circuit and in stateside arthouse cinemas before earning three Oscar nominations, for director Gillo Pontecorvo, screenplay and foreign-language film. 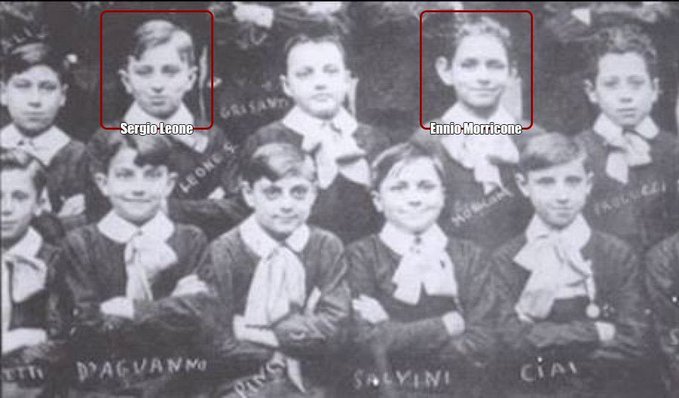 After the filmmaker had tried to work with him several times, Morricone was surprised that Tarantino wanted an original score after usually fitting existing music into his films, but the two men figured out a way to work together, including adapting some unused compositions from John Carpenter’s “The Thing.”

Check out snippets from my six all-time favorite Morricone scores — I could have listed three times as many.