NEW MUM Charlotte Dawson has shared an emotional family photo of her late dad Les holding her as a baby.

The 28-year-old told fans she "couldn't cope" as it looked like the comedian was snuggling up to her own baby son Noah. 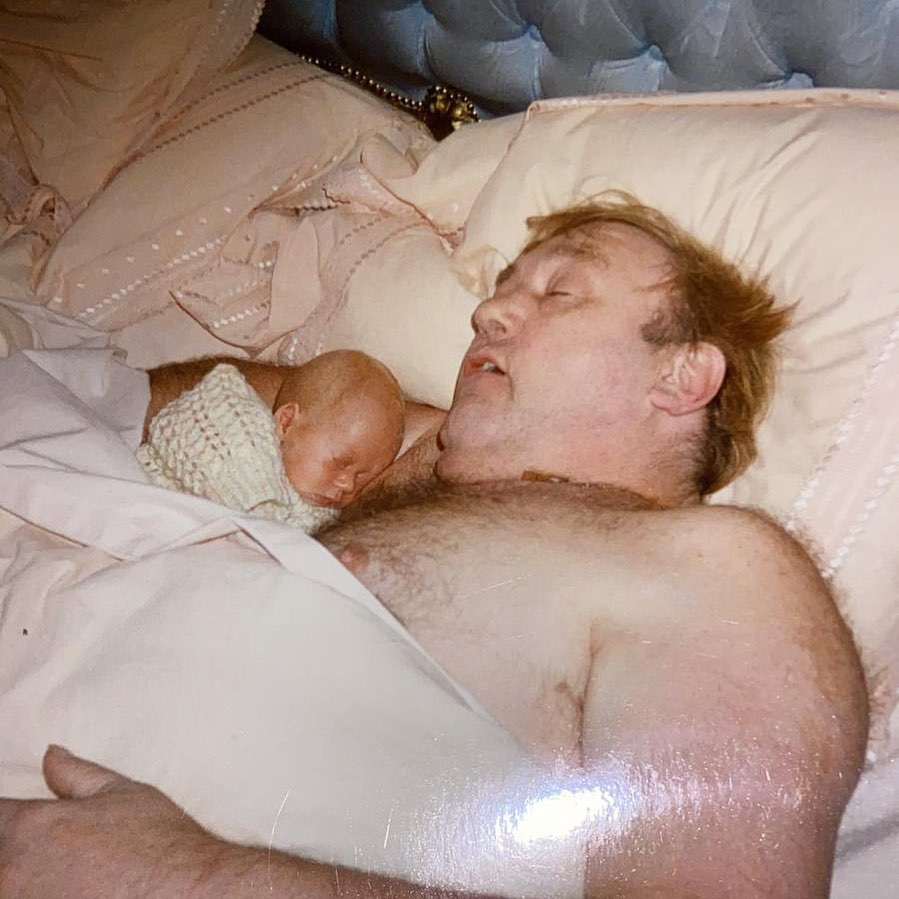 Charlotte, who gave birth to her first child alongside fiancé Matt Sarsfield in January, was just six months old when her dad passed away.

The actress shared a photo of her as a newborn in her dads arms as they lay sleeping in bed under a large, pink duvet.

"This picture is so weird, so amazing, but it could be Noah with my dad," she wrote to her 1.2 million Instagram followers.

"It looks like Noah and that is our like identical bedding we have now. I can't cope. Filming today about my dad & finding things out about him I didn't know has made me so emotional." 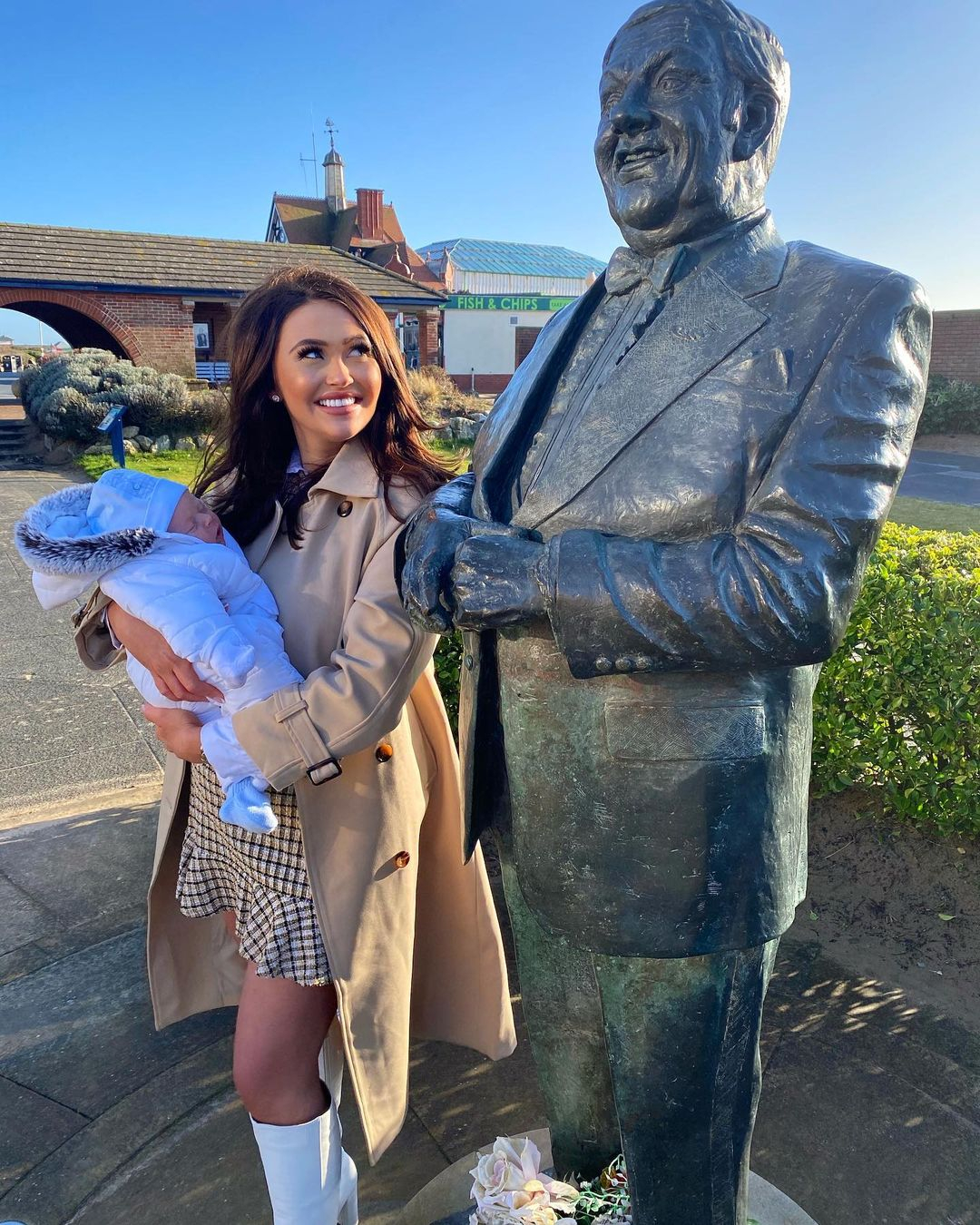 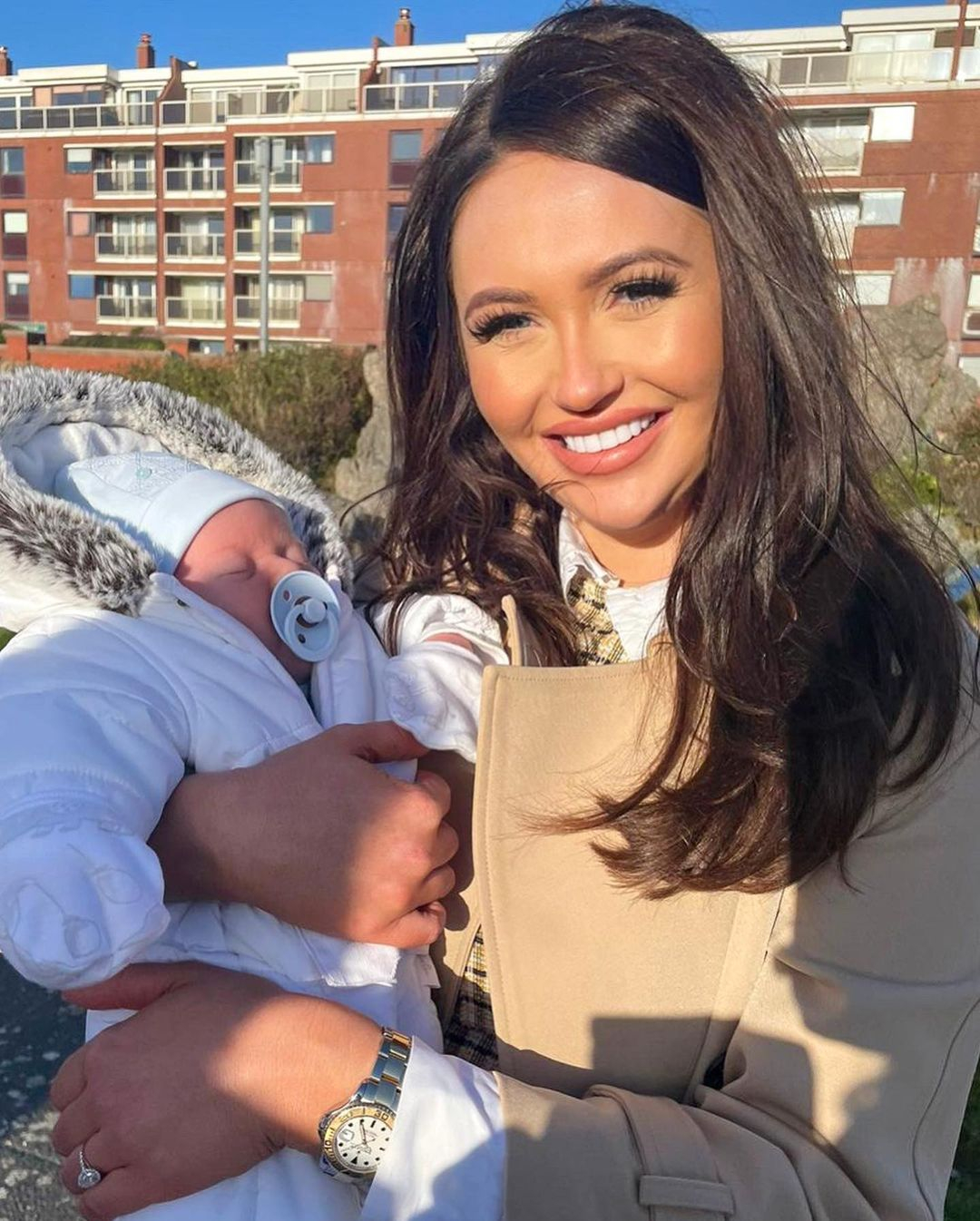 Fans were quick to take to the comment section in support of Charlotte, saying it was "uncanny" how similar she looked to her own son.

"That's uncanny, Noah is the image of you," one woman wrote, while another added: "Your dad is always with you Charlotte."

A third chimed in: "The resemblance between you and Noah is crazy. Soon as I saw this, I noticed the bedding was identical."

Charlotte recently "introduced" her baby son to his late grandad as she took a visit to the late comic's statue. 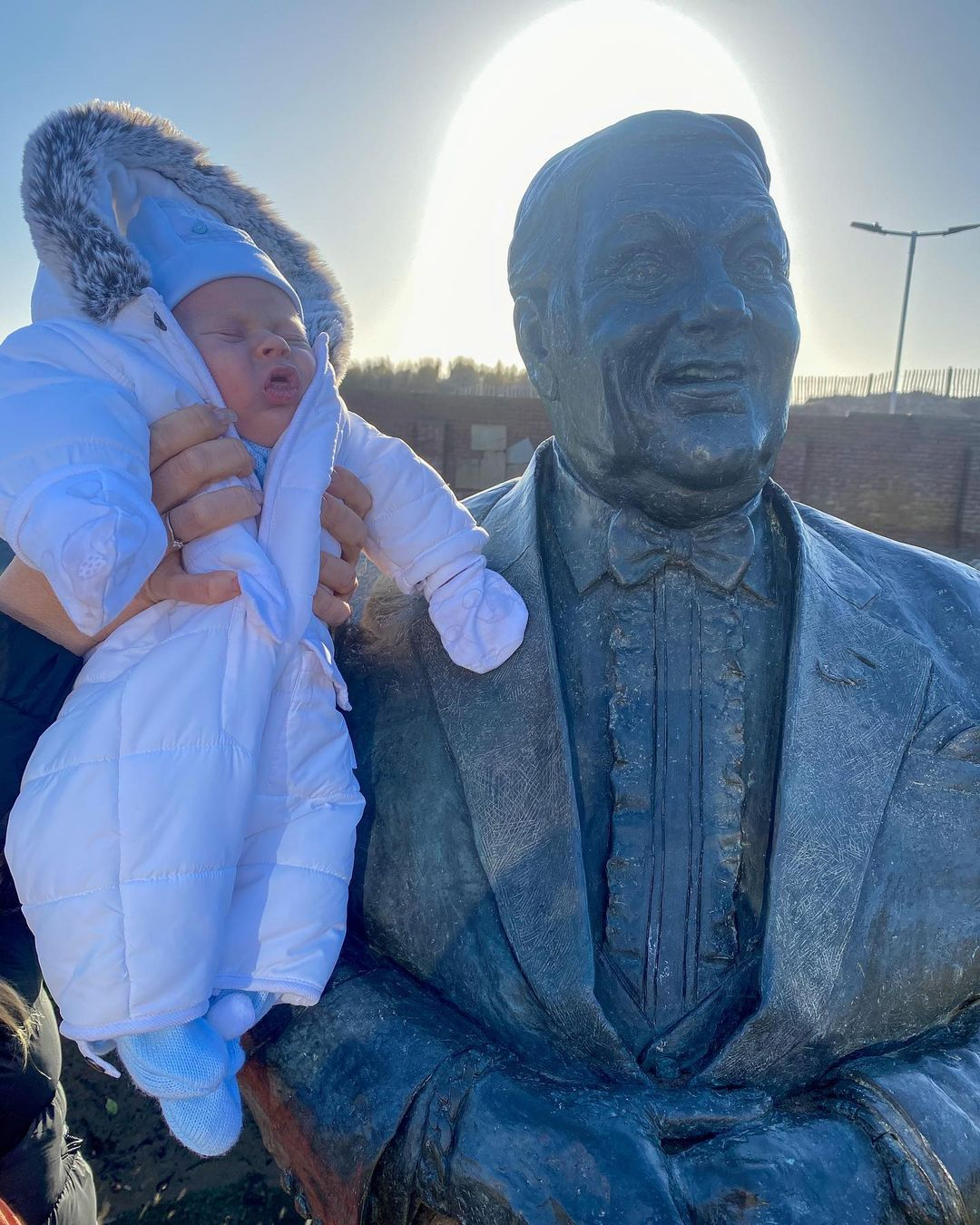 The star paid tribute alongside her mum Tracy to Les, who died in 1993 age 62 from a sudden heart attack.

Photographed at the statue in Lytham St Annes, Lancashire, Charlotte wrote about how good of a grandad Les would've been.

"What a special day today has been… when Noah met his grandad Les, (well his statue obvs) but this is the start of Noah’s traditions," she began.

"As you all know I go to my dad's statue for special celebrations & I have our beautiful little baba boyo joining us now. How amazing. 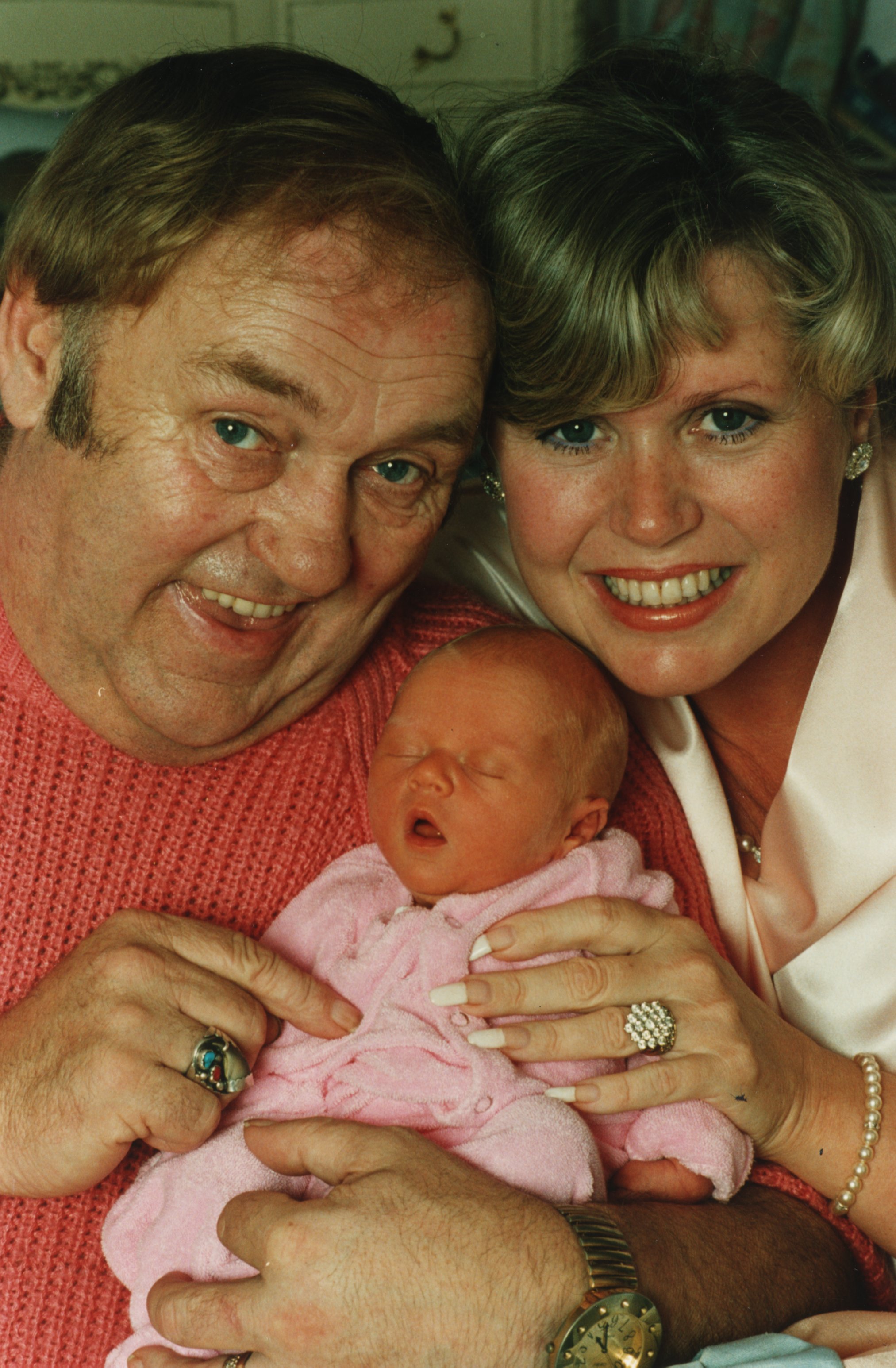 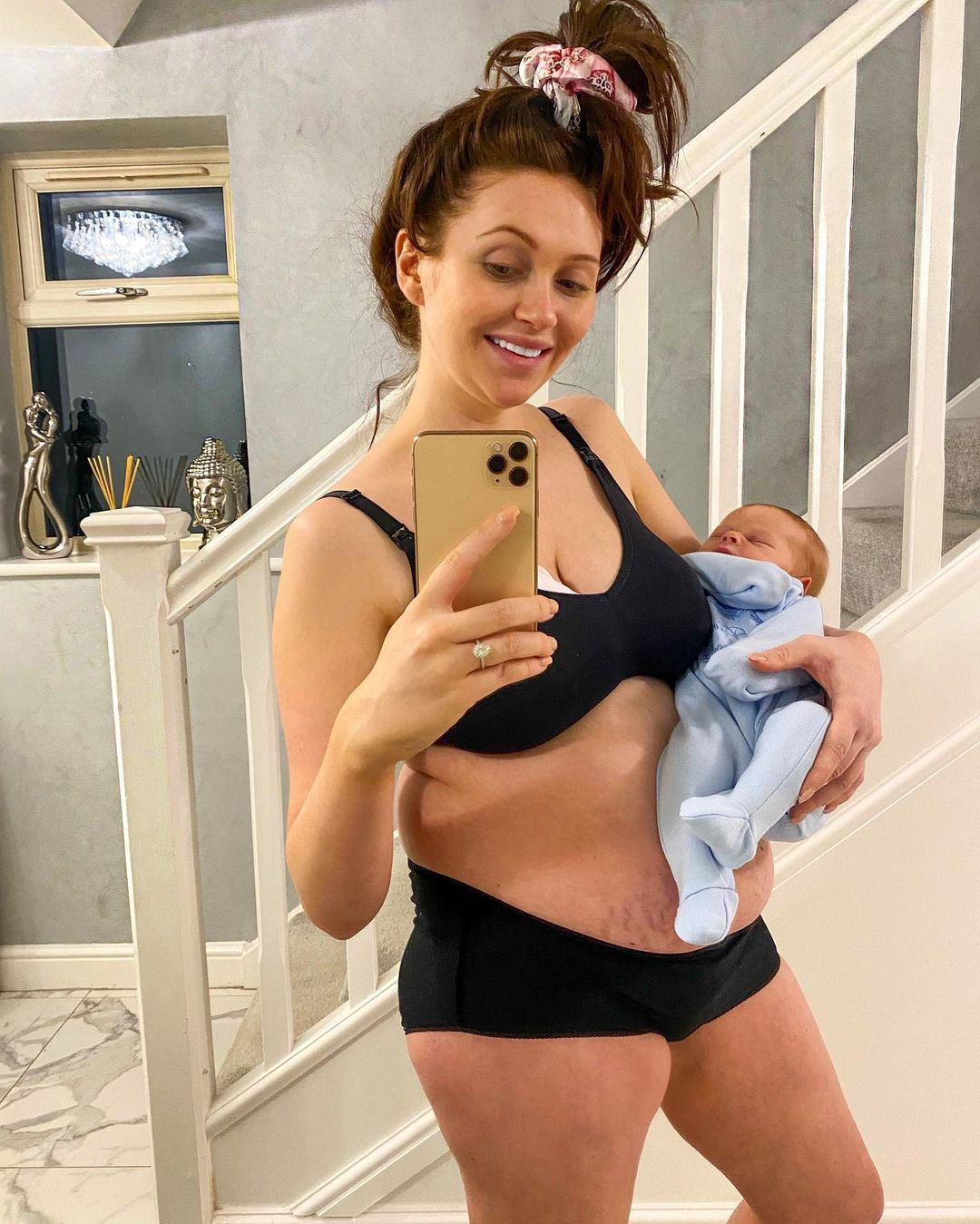 "I wish he was here so badly, he would of been the best grandad to you… but we are so lucky Noah has so much incredible footage for him to get to know this bloody belter of grandad."

The star was amazed when Noah mastered Les' trademark gurn in another uncanny snap.

Charlotte is currently taking part in upcoming MTV series Celebrity Bumps: Famous and Pregnant, following her birth and her first weeks of motherhood.

She recently revealed that viewers will get to "see everything" because her fiancé Matt was wearing a BODYCAM during her labour.

The new mum teased: "You definitely see my intimate moments!

"Matthew had a bodycam on so we just kind of forgot about it and we had a few complications with the birth, you will find out."