Emmerdale: Luke reveals to Wendy that Lee attacked him

Luke (played by Max Parker) has been at the centre of some dramatic storylines on Emmerdale since he made his arrival just over two years ago as the brother of rapist, Lee Posner (Kris Mochrie). Recent scenes of the ITV soap have seen the heartthrob confess to his mother, Wendy Posner (Susan Cookson), he could have been behind his older sibling’s death; a death Robert (Ryan Hawley) was sent to prison for. However, with the actor who plays the Woolpack chef having quit the show, it seems he could be about to flee the village as the police discover his involvement in Lee’s demise. But will this open the door for Robert to return? 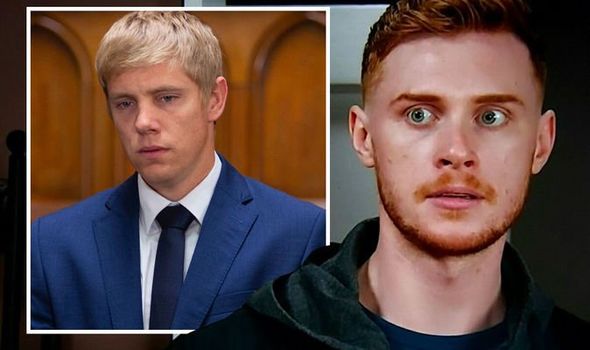 It has only been reported Max has quit the weeknight serial drama, with a source saying: “Max was never going to stay on the soap for years.

“He’s ambitious and a talented guy – he’s already auditioning for new roles and excited for the future.

“But never say never – there’s always a chance he could return one day,” they explained to The Sun newspaper.

Express.co.uk have contacted an Emmerdale spokesperson for comment on the reports.