Emmerdale fans saw Dr. Liam Cavanagh (played by Johnny McPherson) break up with Leyla Harding (Roxy Shahidi) last month after the atmosphere between her and his daughter, Leanna Cavanagh (Mimi Slinger) because unbearable. Understandably, unlucky-in-love Leyla was heartbroken and during a conversation with her ex-David Metcalfe (Matthew Wolfenden), it seems she is going to make a big decision about her future in the village.

After Bernice Blackstock (Samantha Giles) broke off her engagement to Liam, Leyla was free to swoop in and date the man she had secretly fallen in love with many months before.

But, while Leyla and Liam were happy, his daughter Leanna was not.

Emmerdale fans will remember Leyla and Liam sitting down with Leanna and Gabby Thomas (Rosie Bentham) to discuss their relationship, but it didn’t end well after Leanna ordered her dad to choose between herself or his relationship.

After storming out because she didn’t get the answer she was hoping for, Leanna then did everything in her power to punish Liam and have a go at Leyla. 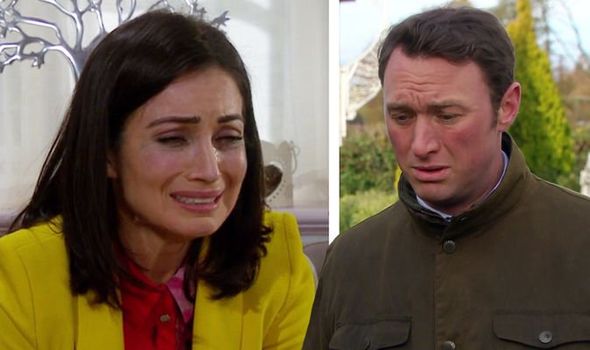 Leyla however could see right through Leanna’s scheming and the feisty wedding planner refused to put up with her bratty behaviour.

However, when she called Leanna out in the pub, Liam witnessed the whole showdown and turned on Leyla, ordering her to stay out of his business.

And this is exactly what she did the week later when she found out Leanna was having a house party, but in a major u-turn, Liam then had a go at Leyla for not telling him about Leanna’s plans.

Those watching at home were confused, Leyla could do nothing right and Liam was treading on eggshells around his daughter.

If Leyla thought the situation couldn’t get any worse than she was wrong, when she was welcoming clients into the office she was startled to see the place had been ransacked. 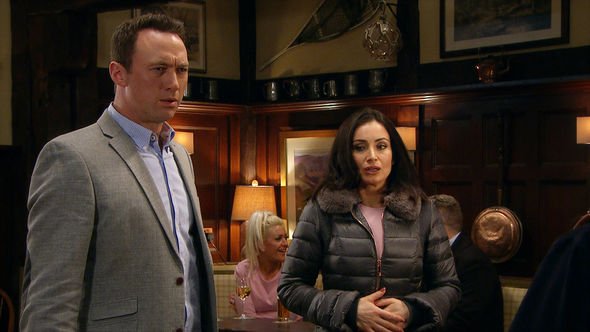 Immediately she presumed it was Leanna getting revenge and after a few cryptic comments off the teen, Leyla saw red and slapped Leanna hard across the face.

Liam was stuck in the middle once more and during a heart to heart with Leanna, he found out how she had been struggling since they moved to Emmerdale with Maya Stepney (Louisa Clein) and said she needed her dad.

With his heartstring tugged, Liam decided he needed to put Leanna first and called time on his romance with Leyla, much to her disappointment.

During a recent scene in which Leyla drowns her sorrows, she reveals how much she wants to get married and have the happy-ever-after.

Could this mean she will go to any lengths to find it? 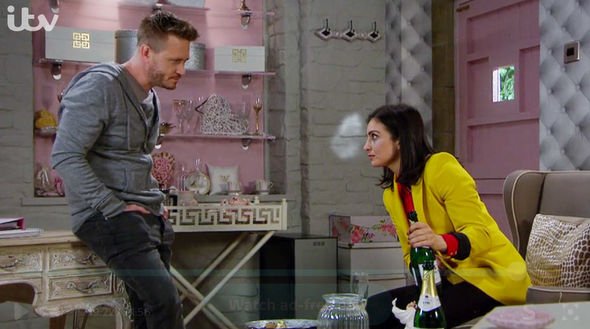 “It’s not illegal is it to be terminally tragic?” Leyla remarked when David asked her what she was doing. “I thought I would throw myself a little pity party, here’s a toast to the endless calamity that is my love life. Oh yes, he left me.”

“Leyla I’m sorry,” David remarked but Leyla clarified: “He left me for his daughter, so I’m not allowed to be upset about that because that would make me look like a bad person

“Yes, I think that horse kinda bolted when you slapped her around the face,” her ex remarked.

“I found the one and then there was none,” Leyla blubbed. “It’s my second bottle! Doesn’t taste so bad after about eight glasses. 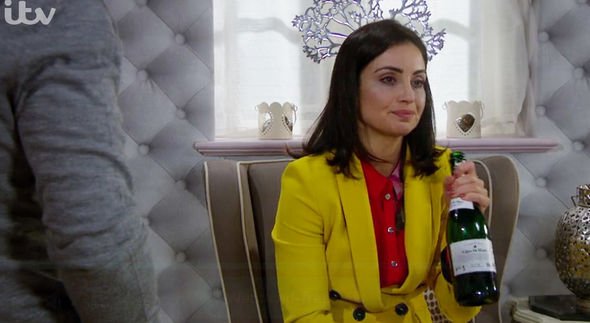 “I’ve got this theory, that Megan put her jinx on the place – she had such back luck it’s like it’s seeped the walls and jinxed us to have bad love lives forever. What about if it’s me? What about if I’m the jinx?”

“Come on now, you’re being silly,” David reassured but Leyla continued: “I am a wedding planner, yet the aisle has alluded me again!”

“Just give Liam some time and then talk to him,” the shop owner suggested.

“Do you know, I never asked him to move in with us, but when he did it was like living in a dream it was so perfect. I loved him so much David I really did. I loved since Christmas time, and then I never told him because I didn’t want to scare him off,” Leyla said through tears.

With Leyla only wanting to be loved and find a husband and be happy, will she go to extreme lengths to find the man of her dreams if Liam doesn’t want her anymore?