Leyla Harding (played by Roxy Shahidi) and Dr Liam Cavanagh (Johnny McPherson) were sneaking around Emmerdale for months, conducting their affair in behind closed doors. But after suspicions mounted, the pair were forced to admit they were dating one another and when they told their families, Liam’s daughter Leanna Cavanagh (Mimi Slinger) was furious. Since then, Leyla and Leanna have been at loggerheads with one another, but could a pregnancy secret bring them closer together?

Earlier this year, Liam and Leyla sat down with Leanna and Gabby Thomas (Rosie Bentham) to discuss their relationship and come to a mutual agreement to be civil with one another.

Viewers saw Liam explain: “Gabby, I wanted nothing more than to marry your mum, even after circumstances changed, I tried and tried to build bridges but she didn’t want me. I’m sorry about that – I really am.

“But sometimes, we just have to face facts and move on. Leyla is making me really happy.”

Leanna interjected and sarcastically remarked: “Yes, I bet she [Leyla] is.”

Understandably frustrated, Liam snapped and this caused Leanne to get up from where she was sitting: “Where are you going?” 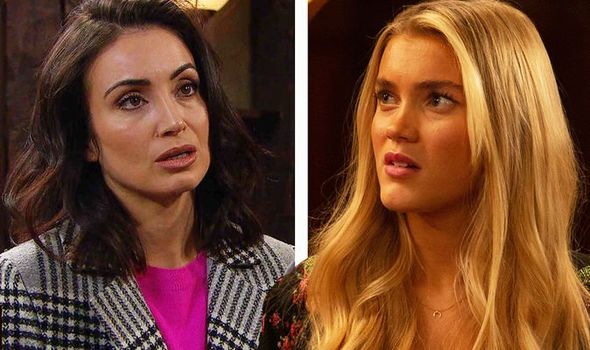 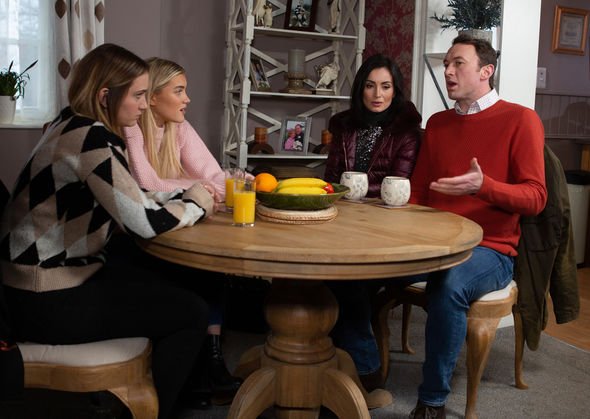 He asked and his daughter replied: “I meant what I said, I don’t want you around if you’re going to be seeing her.”

Since this meeting, Liam and Leanna have not seen eye to eye, despite Liam doing everything he can to win back his daughter, but she keeps ignoring him and using him.

The situation reached boiling point last week when he invited her to join him and Leyla in the Woolpack for lunch.

With Liam using the restroom, Leyla took his absence as a chance to have a stern word with the stroppy teenager but this ended in disaster.

“This isn’t a social visit. Just need cash,” Leanna said walking up to the table. 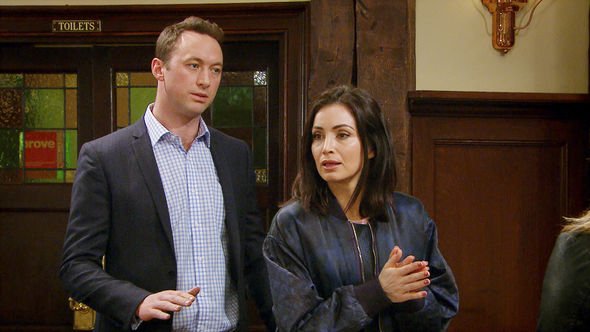 “So, you’re rude to him one minute and then you’re tapping him for money the next,” Leyla observed.

“It has nothing to do with you,” Leanna remarked, but this infuriated Leyla: “I care about him. I’m not going to sit back and let you treat him like dirt.”

Jumping to her friends defence, Gabby added: “Well, you treated my mum like dirt, actually. You stole her fiancé.”

Twisting the knife, Leanna added: “Everything was fine before you came and just turned my dad into a liar.”

And her comment caused Leyla to explode with anger: “The reason why he didn’t say anything is because he didn’t want to upset you. When are you going to grow up and stop punishing him for that?” 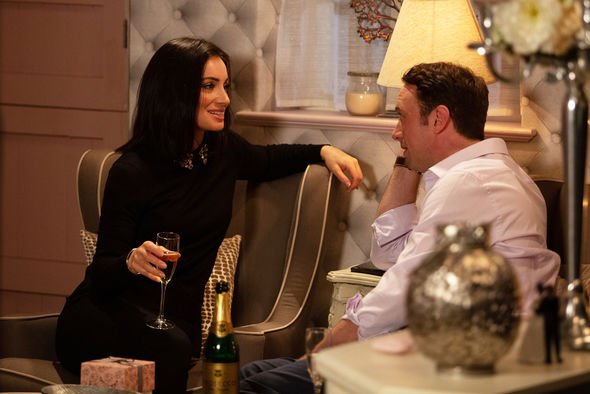 But, what Leyla didn’t realise was Liam had returned from the restroom and was standing behind her, hearing every word of their cross exchange.

“Leyla, please, I asked you not to interfere,” Liam intervened in the sparring match but she defended: “I’m sorry, but she ignores you for weeks and then when she does speak to you, she’s rude to you. I’m sick of her attitude.”

“Little weary of yours, to be honest,” Liam spat back. “If I knew our lunch date was going to descend into a slanging match, I wouldn’t have bothered,” and with that he got up and left with Leanna and Gabby in tow.

With Leyla and Liam’s relationship now on tenterhooks because of Leanna, could a bombshell pregnancy bring the three closer than ever?

A few months before Christmas, Leanna found herself in hot water after having unprotected sex with Jacob Gallagher (Joe-Warren Plant) and for a few days she was worried she was going to end up pregnant.

But what if it is Leyla who finds herself staring at a positive result?

With her and Liam on the rocks and not speaking to one another, she could be keeping the secret to herself until she works out whether or not Liam really wants to be with her and not just there to support their unborn child.

However, in a plot twist, if Leanna finds the pregnancy test, will she be able to support Leyla and convince her that her father deserves to know the truth?

Perhaps this will be what it takes to thaw their feud.

Emmerdale airs Monday, Wednesday and Friday at 7pm on ITV.