In Wednesday’s instalment of Emmerdale, Wendy (played by Susan Cookson) had her bag stolen and she broke down to Bob Hope (Tony Audenshaw) revealing it reminded her of her ex-husband. The moment came as Bob decided he should tell Wendy his true feelings for her after falling head over heels.

After learning Wendy had her bag stolen, Bob insisted he would stay by her side as he comforted her.

He went on to cancel her credit cards and change the locks on her house so she would feel safer.

As the pair waited for Wendy’s son Luke (Max Parker) to return home, Bob opened up to her.

He explained he had been falling for her ever since she had moved to the village. 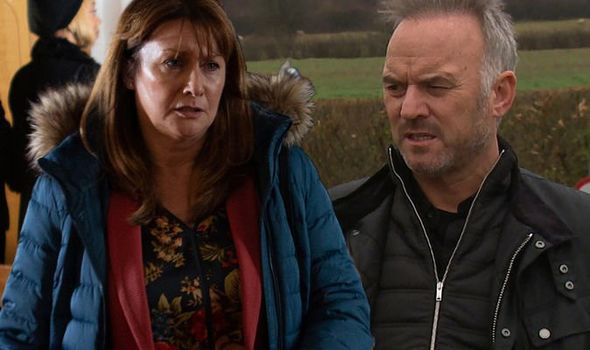 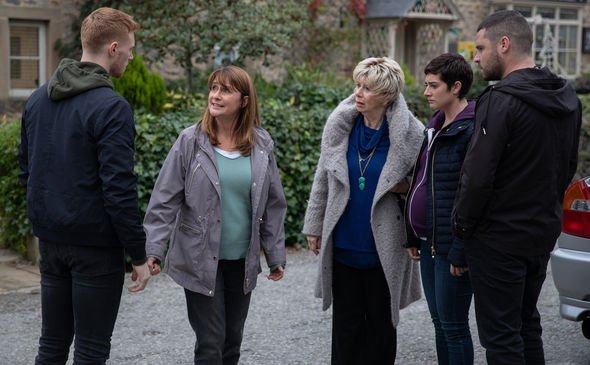 But Bob was shocked when Wendy revealed she didn’t feel the same and didn’t want a relationship.

However, he asked if he’d overstepped the mark and if there was anyone special in her life.

Fans finally got to know a little more about Wendy as she revealed she hasn’t been involved with anyone since her relationship with Luke’s father.

She went on to reveal Lee and Luke’s father left her heartbroken but had also made her life hell. 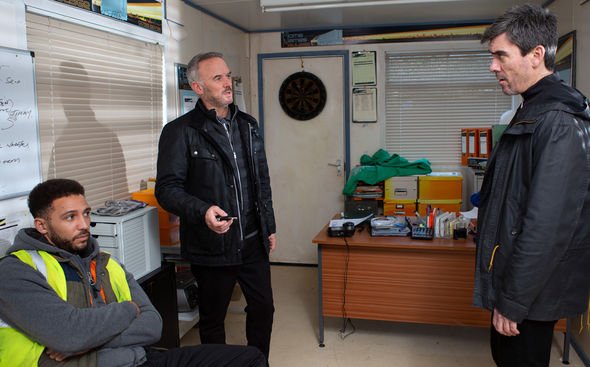 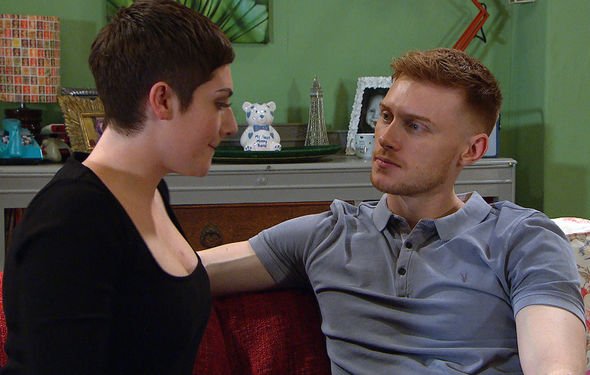 Following the admission, fans began to speculate about who Wendy’s ex could be and one viewer thinks he’s already in the village.

Taking to Twitter, one fan shared: “The ex who made Wendy’s life hell (and therefore the father of her children) could be Malone.

“According to the actor who plays him he’s hovering around the village for another reason #Emmerdale.”

DI Malone has only really been involved with Cain Dingle (Jeff Hordley), Will Taylor (Dean Andrews) and Billy Fletcher (Jay Kontzle) as he makes their lives hell.

This means Wendy may not have had the chance to spot Malone yet as he lurks in the shadows.

But, wanting to mess with Wendy’s head and let her know he is near by, could he have orchestrated her attack?

Wendy is certainly shaken so DI Malone could target her once he’s through with Cain, Billy and Will.

The theory comes after Luke actor Max Parker hinted his father could make a surprise arrival.

Speaking to press including Express.co.uk, he teased: “I did ask this question to Susan and that would be a really interesting way to explore more [about] Wendy and Luke.

“At the minute, Wendy and Luke are trouble and a lot of people just want to them out the village, and I think there’s a lot more to both Luke and Wendy and I think that is where [it starts to get interesting] especially with Lee and with the dad.”

Max added he doesn’t think “all Luke’s avenues have been explored yet”.

Could this be the soap’s next big twist for Luke and Wendy?