Christmas in Emmerdale will be packed with explosive twists and turns as ITV boss Jane Hudson gave fans an insight into what they can expect from their favourite characters over the festive period. However, with the Tates and Dingles’ feud taking centre stage, will one of the families be faced with a heartbreaking tragedy?

BREXIT BULLETIN: Sign up for our special edition newsletter with exclusive insight from this week’s crunch talks

Speaking to press including Express.co.uk at a virtual event, Executive Producer Jane teased fans will have a massive shock at the end of the year.

She began: “When Christmas morning is over and you think you’ve opened all your presents, there is a massive present when Emmerdale comes on.

“There is such a surprise box ready to be opened.

“I think all the viewers will be screaming with their hands over their faces like, ‘Nooo. We did not see that one coming.’” 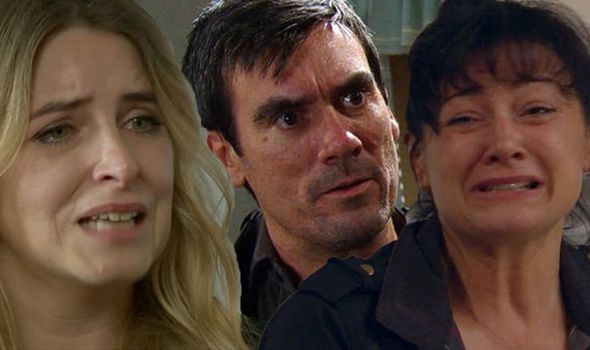 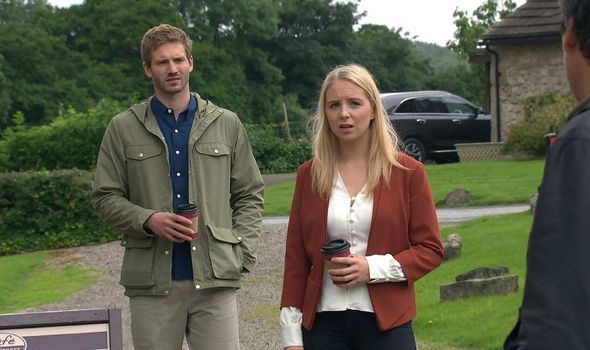 “I can’t wait for the Christmas Day episode!” Jane added.

In recent scenes, Belle Dingle (Eden Taylor-Draper) chose her new beau Jamie Tate (Alexander Lincoln) over her family and her betrayal could spark the beginning of another feud.

Cain Dingle (Jeff Hordley) will have a lot to deal with as he grapples with the Tates and Moira Barton’s (Natalie J. Robb) estranged brother turning up.

Elsewhere, Aaron Dingle (Danny Miller) will be surprised when a character from his past arrives in the village. 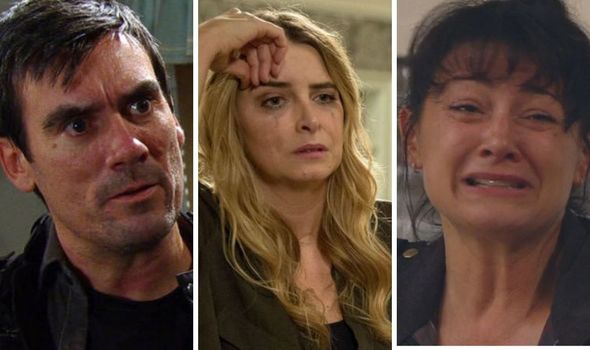 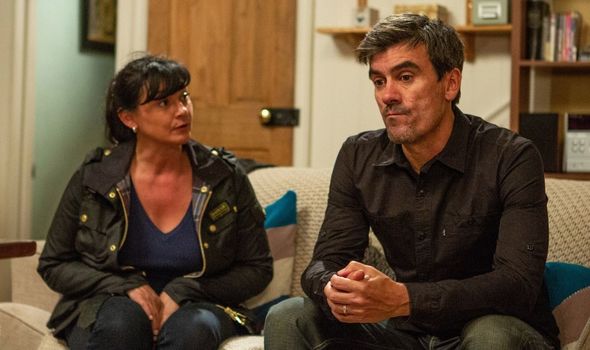 Will the Dingles’ latest rivalry or the new figures in their lives be linked to the Christmas twist?

Meanwhile, Emmerdale will return to six episodes a week after reducing instalments at the start of lockdown.

The ITV soap boss was asked why now felt like the right time to resume Emmerdale’s pre-coronavirus schedule.

Jane explained: “I mean like everybody how many plans have we all had during this period.

“You want to do something but you have a backup plan in case it all goes wrong again.

“So we’ve had various plans. I mean we were very wary of watching the landscape and making sure that when we returned to six it’s at the right time and that we can keep going.

“I think we’re all nervous about another lockdown coming our way.”

“So, I think now felt like the right time, it felt like we’ve given ourselves enough time to get used to shooting, to get back up to speed and to get the schedule to a place where we can start providing six episodes, a week,” she continued.

“Obviously it’s a bigger pressure on the schedule and we didn’t want anybody to be rushing.

“We didn’t want anybody to be feeling they’d let us down and didn’t complete their schedule.

“So I think it was an ease back to shooting and now we feel confident we can meet the demands of a six-episode schedule.”