Emmerdale: Kim talks to Will after she faked her death

Liv (played by Isobel Steele) was introduced as Aaron Dingle’s (Danny Miller) estranged sister on Emmerdale five years ago. The pair discovered they were both sexually assaulted by Gordon (Gary Mavers) when they were younger and he was sentenced to a lengthy prison sentence. A day after his fate was sealed, the villain died and the two villagers would never have to see their father again. However, during Friday’s edition of the ITV soap, there was a cryptic clue dropped that suggested the alcoholic isn’t Gordon’s daughter at all but the child of a deceased Dingle family member.

The episode began with Faith Dingle (Sally Dexter) telling Chas Dingle (Lucy Pargeter) how she was helping the young alcoholic with her problems.

Having sat with the youngster whilst she was drinking during Thursday’s double-bill, the Woolpack owner asked her mother: “Hungover and needing painkillers?

“You know, I actually trusted you with Liv,” Chas continued to which Sally admitted she hadn’t drunk a thing.

“And a lot of times you’ve let me down,” Aaron’s mother remarked to which the Dingle matriarch replied: “Not this time.” 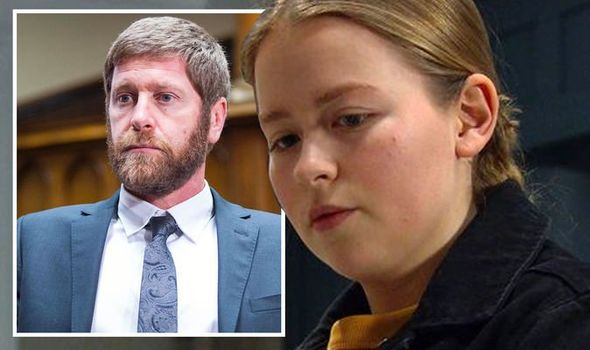 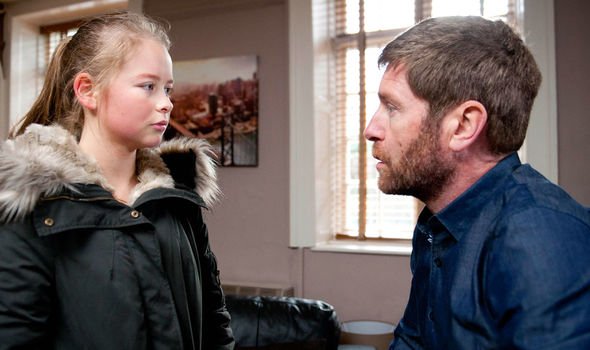 “I don’t want to drink with her. I have to keep my wits about me so I can slip water into her drink,” Faith explained.

“If Liv must drink, and at the moment she’s not stopping, at least she drinks a little less when she’s with me.”

Sceptical, Chas asked her mother: “Is this really working?” to which the matriarch added: “I really hope so.

“Because once drink gets a hold of you, it can be very hard to make it let go but I do think she’s starting to trust me – bit by bit.

“I think this is the way to go,” Faith continued, knowing too well what it’s like to live with an alcoholic as her later husband Shadrach Dingle (Andy Devine) was addicted to the bottle. 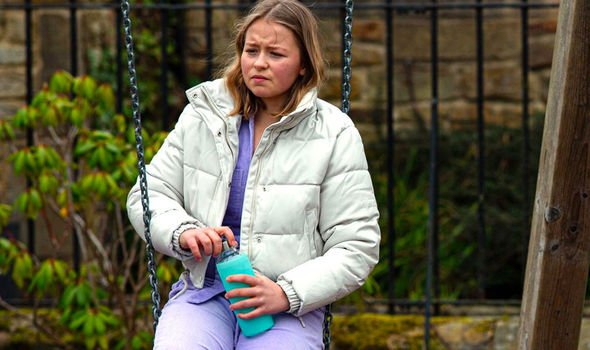 You going to talk about Shadrach next?

“I’m sorry for having a go,” Chas told her mother, with Faith being very understanding as she said they were all worried about Liv.

“And I’m determined to help that girl and not let you down,” the matriarch of the Dingle family told her daughter.

Later on in the episode, the great-grandmother was seen talking to the youngster about her drinking problem.

The pair were talking about Zak Dingle (Steve Haliwell) and how handsome he was in his younger years when Liv asked if Faith had a thing for him.

“No, got over him years ago,” Faith replied before going on to ask the teenager if she wanted to talk about her love interest, Vinny Dingle (Bradley Johnson). 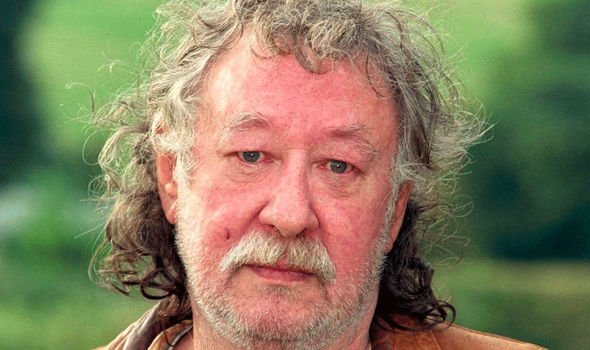 “Do you really think it’s unfixable?” she asked the youngster, before telling her: “Perhaps if you just cut back on the booze a little.”

Not too happy with the direction of the conversation, Liv hit back as she said: “All this memory lane stuff.

“You going to talk about Shadrach next? ‘My life was ruined by a violent drunk’. And then there’s me hitting Vinny.

“I mean, it’s the same thing, isn’t it? Is that what’s next?” the alcoholic asked to which Faith told her she was “nothing” like Shadrach.

This could have been a big clue that Liv isn’t actually Gordon’s child but rather she is the daughter of Shadrach.

This could cause huge drama for the Dingle clan as they discover Liv is Chas and Cain Dingle’s (Jeff Hordley) sister and not Aaron’s.

The teenager would want answers from her mother, Sandra Flaherty (Joanne Mitchell) as to whether she is the alcoholic’s daughter.

Sandra made appearances in the village over a decade ago when Shadrach was still alive and they could have had a one-night stand almost 20 years ago.

Although she doesn’t want to admit it, the youngster’s mother could confirm the news is true and that Liv is a true Dingle.

As the family try to get their hands around the paternity bombshell, will Liv’s relationship with the members of the clan ever be the same again?