Belle Dingle (played by Eden Taylor-Draper) and Jamie Tate’s (Alexander Lincoln) affair become the talk of the village last night after it was exposed in front of Emmerdale’s residents who had gathered in the Woolpack for a quiz. While Jamie was quick to blame Belle for exposing their infidelity, it seems eagle-eyed viewers knew who really was responsible for the incident.

Since the beginning of the year, Belle and Jamie have been sneaking behind everyone’s backs and snatching time with one another.

While they both tried to stop their affair from happening, the chemistry was undeniable and the pair quickly fell in love.

Jamie, however, is a married man with a young daughter, but he is adamant he doesn’t want to be with Andrea Tate (Anna Nightingale) anymore.

After returning from a family holiday, Jamie decided it was time to confront Andrea and tell her he had petitioned for divorce.

But the night he was going to sit down and reveal all, she had spotted a text Belle had sent him and decided enough was enough – she wanted revenge. 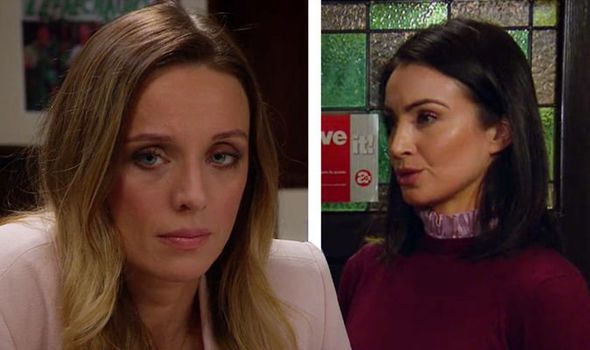 Those watching at home had seen Andrea find out about the affair months ago, but after spilling her heart out to best friend Leyla Harding (Roxy Shahidi), she was determined to make her marriage work.

She thought the family holiday was a turning point for them, but after seeing Belle’s message, she realised their relationship had not improved.

In recent scenes, Emmerdale viewers saw Andrea flee and with the help of Leyla they conjured up a cunning plan to make Jamie turn on Belle.

And that’s exactly what happened.

Leyla and Andrea were not taking part in the quiz, but they had gone along for a drink and to spectate. 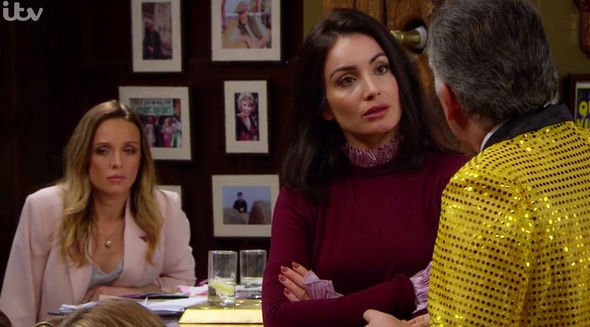 Bob Hope (Tony Audenshaw) was hosting, and Leyla offered to help him out by gathering all the phones.

Everyone was extremely reluctant to hand over their devices but she managed to persuade them all.

Following the first round, there was a small interlude and then Bob resumed the evening’s fun with a picture round.

He inserted a USB stick which Leyla had planted into the laptop and messages between Belle and Jamie appeared on screen for all to see.

“We’re on the big screen, technology permitting. I think we’re all good, enjoy!” Bob remarked as the first image came up. 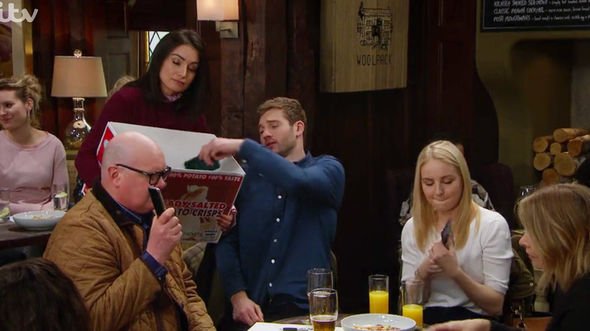 “That’s not right!” Vanessa Woodfield (Michelle Hardwick) commented, someone then asked “what is it” and Billy Fletcher (Jay Kontzle) offered a suggestion: “Texts. Belle and Jamie.”

Andrea then flew off the handle and pretended this was the first time she knew about their affair.

Jamie turned to Belle and blamed her for the whole setup.

But viewers said it won’t be long until the truth is revealed after they spotted a plothole in the storyline.

Taking to Twitter to comment, one said: “For someone with a degree, Jamie’s not very smart. They collected everyone’s phones. Somebody had to copy onto the hard drive during the quiz – only few ppl had access to both (Andrea, Leyla, Bob). #Emmerdale.” 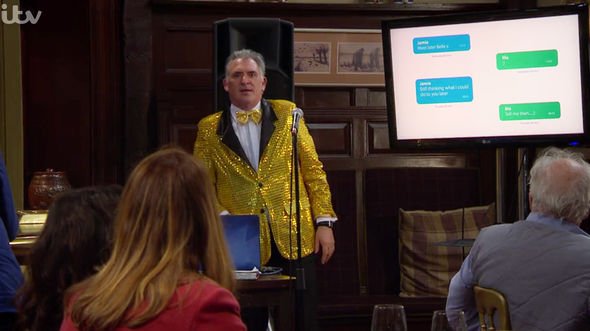 “Poor Belle. It’s not rocket science. Obvious it had to be Leyla. #Emmerdale,” another said.

Someone else wrote: “Exactly how did Leyla get access to belle’s phone? #Emmerdale.”

“If Jamie was clever he would of realised how could belle of done that if she didn’t know the phones was going to be taken off her? And he’s a vet #Emmerdale,” one tweet read.

A fan added: “Doesn’t take Sherlock to guess Layla took all their phones and uploaded all the texts. Think Ellis knows he just gave a look  #Emmerdale.”

Emmerdale airs Monday, Wednesday and Fridays at 7pm on ITV.