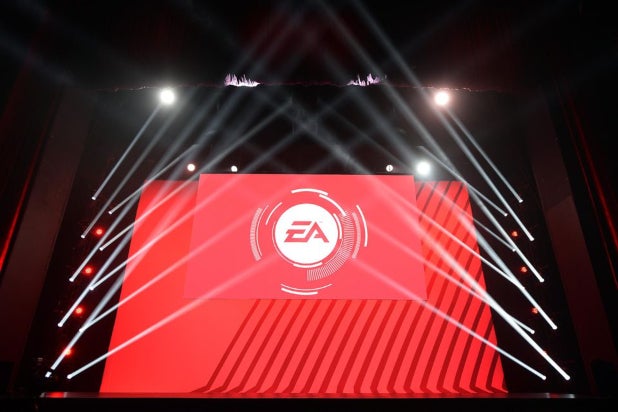 Electronic Arts’ stock is taking a beating as investors react to the company’s recent lackluster earnings report, which saw both the video game publisher’s revenue and net income decrease.

Investors responded swiftly to the earnings report, and proceeded to dump stock. EA’s stock price was down about 10% around 7 a.m. By late morning it was still down about 7%, around $119 per share.

If there is any upside to the stock decline, it could be that the dip provides a cheap opportunity for new investors to join the company — JPMorgan analyst Alexia Quadrani told TheStreet the “post-earnings selloff in EA brings them to an attractive entry point.”

EA publishes “The Sims” as well as popular sports simulation game franchises “NHL,” “Madden NFL” and “FIFA.” Both sorts titles compete with Take-Two Interactive’s sports games under its 2K label, which by contrast just reported a blockbuster earnings season. EA launched the newest installments — “Madden NFL 21” and “FIFA 21” late this year and the sales will not be fully counted until its fiscal third quarter.

The “Madden” and “FIFA” franchises typically drive EA revenue up, and the lack of new game sales this quarter hurt its growth. “Madden NFL 21” came out Aug. 6, while “FIFA 21” released Oct. 9.

The company said that it will release another installment in its shooter franchise “Battlefield,” but not until holiday 2021. It also announced yesterday renewed “multiyear” agreements with the NHL, NHLPA and UFC to create more  hockey and fighting simulation games to continue boosting its sports portfolio.

FIFA remains one of EA’s standout titles. “Even prior to launching FIFA 21, our FIFA franchise is having the biggest calendar year ever with our business across all platforms, up 26% year over year in net bookings,” EA chief executive Andrew Wilson said during the company’s earnings call. “FIFA 20 has reached nearly 35 million players on console and PC.”

Wilson said recent efforts to port FIFA to mobile are expected to pay off next quarter in addition to the new console and PC versions of the game — “FIFA Mobile continues to perform well and FIFA Online Asia broke engagement records across China and Korea in Q2,” he noted. Wilson added that FIFA Mobile launched in Japan in October and said EA plans to continue expanding the game’s global player base.

EA was asked during the conference call if it would consider raising the prices of any of its hit games to make up for lost revenue. CFO Blake Jorgensen answered and said the company might consider it but is waiting to see how its games do on the more expensive next-generation consoles that debut this holiday.

“The time that people are playing games is getting longer… One might argue that that might require a higher price point over time,” Jorgensen said.”We’ll address that as we get closer to more games coming into the next-generation console transition. And what I default back to is, let’s stay focused on the excitement of what we can do with the new games, and price will follow that.”