EastEnders viewers saw Whitney Dean (played by Shona McGarty) finally able to put an end to her horrific ordeal with Leo King (Tom Wells) earlier this year on the BBC soap after she stabbed him in self-defence. Whitney has been in trouble with the law and is currently on bail but it seems she’s not out of the woods just yet as Shona McGarty, who plays Whitney, opened up about what’s next for her character.

Whitney is one of the show’s favourite characters amongst fans after arriving in Walford 12 years ago with the rest of her family.

However, when she was a teenager, she suffered harrowing abuse at the hands of her mum Bianca’s (Patsy Palmer) boyfriend Tony King (Chris Coghill).

When Tony’s crimes were finally uncovered, he was given a lengthy prison sentence and later took his own life.

Whitney believed the past was behind her until Tony’s son turned up on the Square last year to seek revenge. 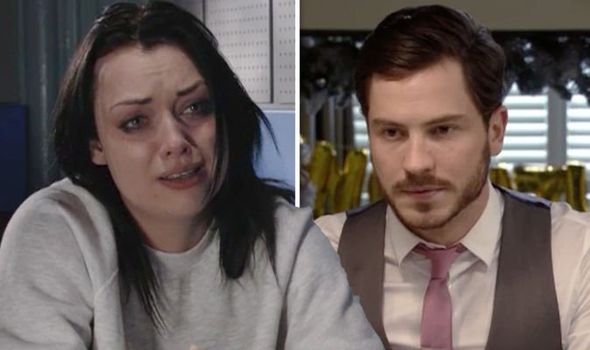 After her fiancé Callum Highway (Tony Clay) jilted her at the altar, Whitney still went on her honeymoon as planned.

She met the mysterious Leo whilst on holiday and came back delighted to have found a distraction from her doomed marriage.

Her happiness was short-lived after her sister Tiffany (Maisie Smith) discovered Leo’s true identity and alerted Whitney to his danger.

Leo left Walford after the revelation but soon returned to make Whitney’s life hell once more as he followed her every move. 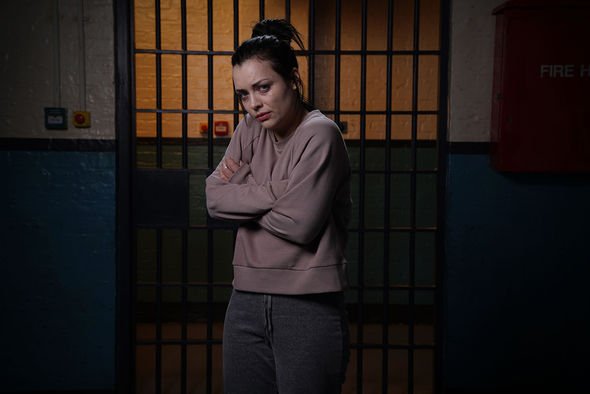 His stalking became worse as he managed to find his way into her attic, watching her through a hole in the ceiling.

Eventually, she realised Leo’s presence in her house and he confronted her at her bedroom door holding a knife.
After a brutal exchange, Whitney stabbed Leo to stop him from killing her as he lay dead on her kitchen floor.

She later confessed to her crime but the police failed to believe the murder was unintentional and she struggled to deal with her actions after being refused bail.

Whitney was released for prison on bail after Gray Atkins (Toby Alexander Smith) fought for her right to appeal.

He later told her she would have to face a court later this year but it seems Whitney has more heartbreak to come before she stands in front of the jury.

Speaking to Metro about her storyline, Shona, who plays Whitney, told the publication what was to come for Whitney.

She explained: “I believe her abuse has triggered many bad relationships and mistakes she’s made going forward. It’ll be with her forever.

“I was so excited to film the hallucination scenes. I thought it was a fantastic idea to see a young Whitney appear. Phoebe Farnham who played “young Whitney” was absolutely fantastic. Loved working with her.

“As an actress, I was so excited to get my teeth stuck into a powerful story like this. I’m truly grateful to have been trusted with it,” she noted.

However, it’s far from close to the end of her ordeal as things look set to get much worse before they get better.

Shona added: Things are definitely going to get worse for Whitney. It’s going to be another tough few weeks ahead. But Whit is strong, a survivor.’

What will Whitney have to face next? Could she end up back inside for a crime she didn’t commit if new evidence against her is found?

EastEnders continues on Monday at 8pm on BBC One.