Eastenders’ Phil Mitchell (played by Steve McFadden) has spent a good portion of his life in the Queen Vic often hearing his mum, Peggy Mitchell (Barbara Windsor) shout the immortal words, “Get out of my pub”. The iconic watering hole has been under the ownership of Mick (Danny Dyer) and Linda Carter (Kellie Bright) for some years but that is about to change and Phil could find himself back where he belongs.

Sharon blames her estranged husband for the death of her eldest son and Phil made an out-of-character confession to the police as he came to terms with the consequences of his actions.

On the night of the boat party, Sharon had promised her son that they would be leaving Walford to start a new life but when he bumped into Keanu Taylor (Danny Walters) he ran off and joined the party.

Later, Phil and Keanu clashed on the boat as the Mitchell bad boy raged at the mechanic for having an affair with his wife. 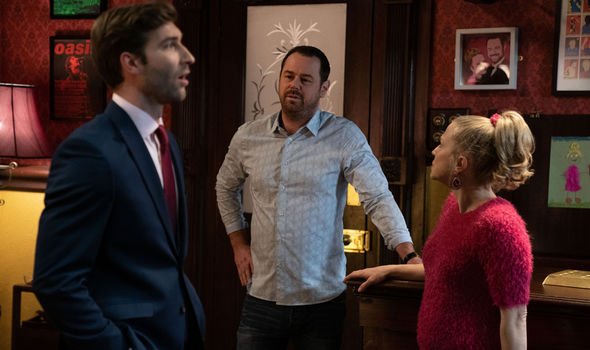 The pair’s violent confrontation in the control room led to the boat crashing and Dennis losing his life.

However, both Phil and Sharon have no idea that Ian Beale (Adam Woodyatt) is also responsible for the boy’s death.

The furious father chased Dennis below deck and confronted him over his bullying of Bobby Beale (Clay Milner Russell).

Ian locked him inside a room and although he tried to free him when the boat began to sink, his efforts weren’t enough to save the young lad. 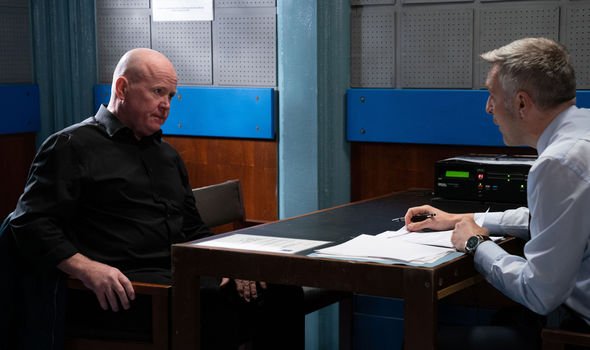 Meanwhile, Mick tried to save his wife Linda who had fallen and trapped her foot in between two heavy metal appliances and the landlady was forced to use crutches for a period of time as Mick was forced to break her ankle to set her free.

While Phil and Keanu clashed, Linda climbed on top of kitchen equipment to reach a bottle of wine.

After the crash, Phil fled from Walford but on his return faced the music when he realised it was the right thing to do for his adopted son.

Elsewhere, the Carters decided it was time to sell the Queen Vic and move forward with their lives as Linda continues her battle to overcome alcoholism.

In recent scenes, the couple invited an estate agent to value the property and relayed their wish that the new owner must keep the pub as it is.

However, in light of Phil’s confession that he was to blame for the boat crash, the Carters could expect a huge compensation payout.

Express.co.uk asked Andrew Gilmore, Head of Criminal Law at Grosvenor Law whether any of the boat victims could expect financial compensation.

“Yes,” he confirmed. “They would likely receive insurance compensation from the boat’s insurance policy.

“The injured parties could also sue Phil and Ian directly for the personal injury their actions caused.

“There may also be a similar claim against the boat’s captain if he failed in his duty of care to his passengers.”

If Phil realises Linda and Mick could sue him, he may offer them a deal they can’t refuse for the Queen Vic to avoid them taking him to court.

Will the Mitchells regain their spot behind the bar at Walford’s infamous establishment?

EastEnders continues Monday on BBC One at 8pm.