Mick Carter (played by Danny Dyer) was stunned when Frankie Lewis (Rose Ayling-Ellis) announced she could be his daughter until she revealed her mother’s name, Katy Lewis. The former Queen Vic landlord was left visibly shaken by the news and wasn’t pleased when Tina Carter (Luisa Bradshaw-White) told the family Frankie’s mum was their beloved care worker when she and Mick were in care. When the new arrival realised her dad was just 12 when she was conceived, Mick assured her it’s not what she thinks but will he flee EastEnders when the truth about his childhood abuse is unveiled?

Speaking to Mick, Frankie, Linda Carter (Kellie Bright) and Shirley Carter (Linda Henry), Tina said: “Mick could not stop talking about [Katy] when we were kids.”

“That’s ancient history now Tina,” Mick replied and she hit back: “Shut up Mick you literally loved her.”

“Your mum was really lovely, I expect she still is,” Tina continued. “I was too busy being a teenager but Mick spent half the first year of senior school following her around like a puppy. I mean what were you, 12?” 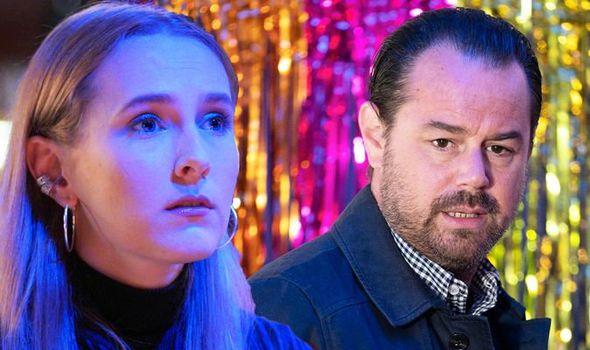 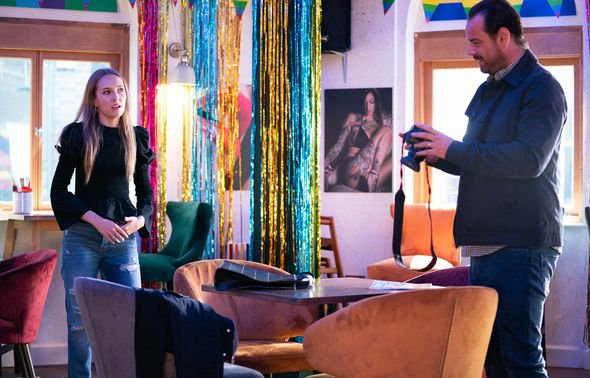 “Cried his eyes out when she left, we both did. We never saw her again,” Tina said before Frankie stormed off and Mick followed her.

Frankie exclaimed: “That’s why you don’t want me, why you won’t tell anyone?”

“No, listen things were different back then I know it sounds, it’s not what you think it is,” Mick hit back.

“You were 12 Mick, that’s not an affair it’s disgusting,” Frankie remarked. 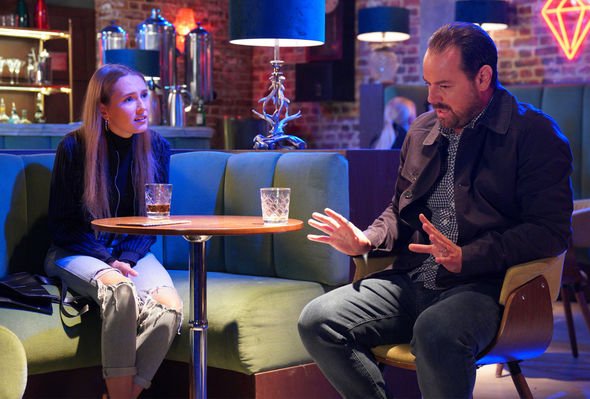 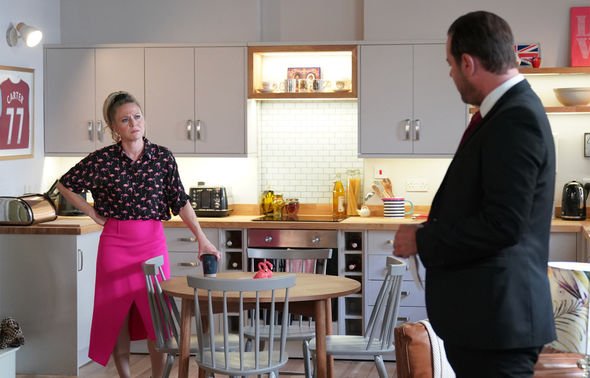 EastEnders spoilers have confirmed the BBC soap will explore Mick’s sexual abuse as a child and his ongoing battle with abandonment.

Frankie’s arrival will force Mick to confront his past but as he struggles to accept that what he experienced was abuse, will he flee Walford for good?

Jon said: “Viewers have always been aware that Mick spent many years in care, which has been the cause of his fractured relationship with Shirley but now the audience will discover just why Mick’s childhood has been so traumatic.

“This storyline will see Mick having to confront the demons of his past, something he has desperately tried to avoid for many years and face up to the realisation that he experienced abuse whilst he was in care.

“Our work with SurvivorsUK and NSPCC has been vital in informing and grounding Mick’s story very much in reality.

“We hope this storyline will help to challenge the perceptions, the stigma and the shame – particularly experienced by male survivors.”

SurvivorsUK CEO Alex Feis-Bryce added: “We’re proud to have worked with EastEnders on this storyline which will really resonate with many men who have experienced sexual violence.

“They have approached the subject with sensitivity and taken into account the voices and experiences of survivors throughout.

“Whenever sexual violence features in the media, and particularly in soaps like EastEnders, it can empower people to come forward to speak out about their experiences and seek support.

“The fact that the perpetrator in this storyline is a female also challenges the myth that sexual violence is something perpetrated by men against women.

“The reality is that anyone can experience sexual violence and it is perpetrated by people from all backgrounds and identities.”