Chantelle (played by Jessica Plummer) is desperate to escape husband Gray (Toby Alexander Smith) and the abuse she has endured at his hands. She has enlisted the help of Kheerat Panesar (Jaz Deol) to help her flee Walford but it seems the EastEnders newcomer may have fallen into a trap when he went to retrieve some of her belongings from her home in the Square.

The episode opened with Chantelle in a cafe waiting to be served as Gray stood ominously behind her.

He overheard Chantelle on the phone to Kheerat, explaining: “There’s been a change of plan. I need a favour, something from the house.

“So the spare key is under a plant pot by the back door. Upstairs in my bedroom under the bed there’s a box, a memory box.

“Just photos, hospital tags, silly things but sentimental. I need it. Can you get it for me please?” 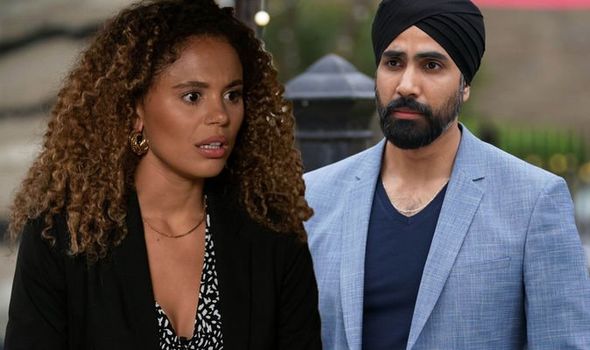 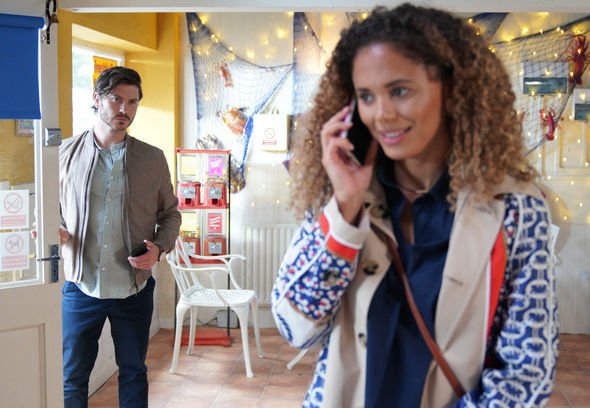 “What about the alarm?” asked Kheerat.

Chantelle assured him: “I’ve got a code, have you got a piece of paper?”

“Give it to me,” Kheerat replied as Chantelle read out: “6739. Gray will be there by himself so wait until he goes out.

“Maybe wait until it’s dark or something.” 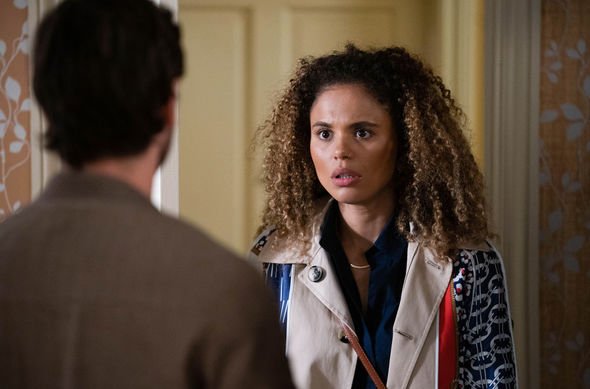 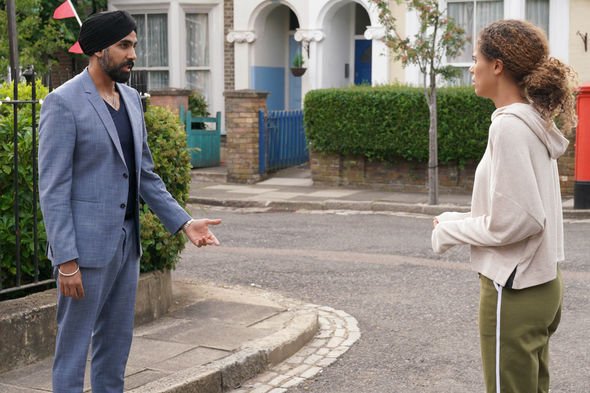 Kheerat probed: “When will I see you?” as Chantelle smiled: “I’ll call you when I’m on the road,” unaware Gray was standing behind her listening in.

As she hung up, Gray walked out so Chantelle wouldn’t see him, clearly angry with what he’d heard before changing the alarm code.

Later in the episode, Kheerat was seen trying to enter the code into the alarm at the Atkins home only for the alarm to go off.

As it did, Gray had an alert on his phone revealing someone had broken into the house.

Chantelle tried to brush it off while Karen Taylor (Lorraine Stanley) suggested they call the police but Gray was adamant they had to return home.

The mother-of-two was visibly distressed by Gray and dad Mitch Baker (Roger Griffiths) urged her to stay if she didn’t want to go.

However, she didn’t want to lose her children and agreed to do what Gray told her.

As she left she told her parents: “Bye Mum, bye Dad,” as Mitch told her: “Drive safe baby!”

To find out details of coronavirus in your area, please fill in your postcode below.

Fans know Gray will attack Chantelle tomorrow killing her in the process.

Official soap spoilers have shown Gray being arrested by police but will he turn their attention to Kheerat revealing he’d been planning to run off with Chantelle.

With Kheerat’s finger prints all over the Atkins home alarm, the police may believe he broke in to take revenge on Chantelle if Gray suggests she changed her mind about leaving.

EastEnders continues Friday on BBC One at 8pm.