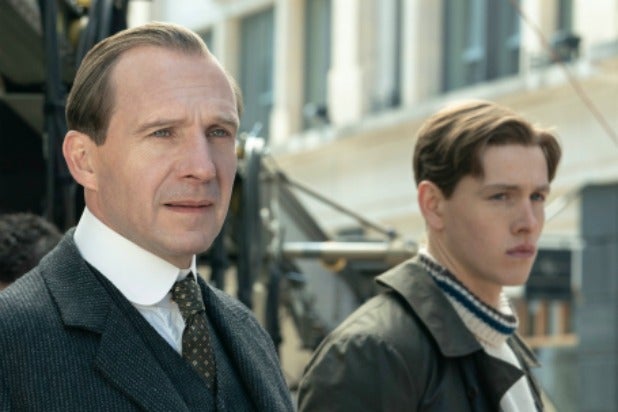 Disney has pushed the release date for “The King’s Man” back from March 12 to August 20, and pulled “Bob’s Burgers” from the theatrical slate, the studio announced on Friday. Additionally, “Ron’s Gone Wrong” has been pushed from April 23 to October 22.

The moves come as more studios shuffle releases from first and second quarter of the year.

Yesterday, MGM announced it was moving the next James Bond film, “No Time to Die,” from April 2 to Oct. 8. The movie was originally scheduled for release in April 2020 but was postponed due to the coronavirus pandemic. It was then postponed to November, but in October, the film was delayed one more time to April 2.

The moves come as hopes in Hollywood for box office recovery this spring start to dim. Despite efforts by newly inaugurated President Joe Biden to accelerate production and distribution of the COVID-19 vaccine, experts have warned that it will take all of the spring and possibly much of the summer for the vaccine to be administered to older and vulnerable populations. It is increasingly unlikely that movie theaters will be able to reopen nationwide by April and possibly by May, when blockbusters like “Black Widow” and “F9” are currently set to be released.