The BBC murder-mystery drama saw a brand-new detective take over the reins earlier this year after DI Jack Mooney (played by Ardal O’Hanlan) decided to move back to London to be close to his friends and family. In his place came DI Neville Parker (Ralf Little) who struggled to fit in but it seems he will be forced to step up for one of the most important residents of Saint Marie when the show returns next year – here’s why.

Season 10 will see DI Neville Parker (Ralf Little) back at the helm after he struggled to settle into Saint Marie.

The detective was drafted in to help with a murder investigation midway through season nine but was adamant he wanted to leave straight afterwards.

However, Commissioner Patterson (Don Warrington) informed him he would have to remain until a replacement had been found

One place Neville did feel slightly more at home was Catherine Bordey’s (Elizabeth Bourgine) bar, where he began to find his feet with his colleagues. 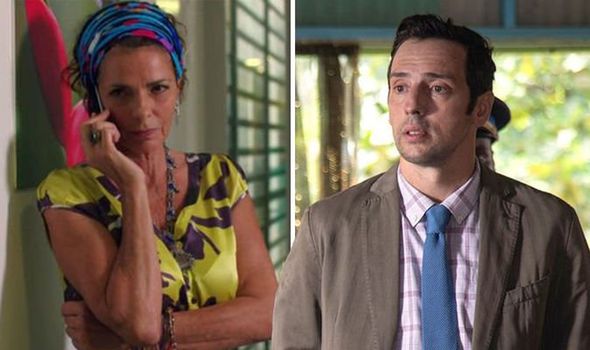 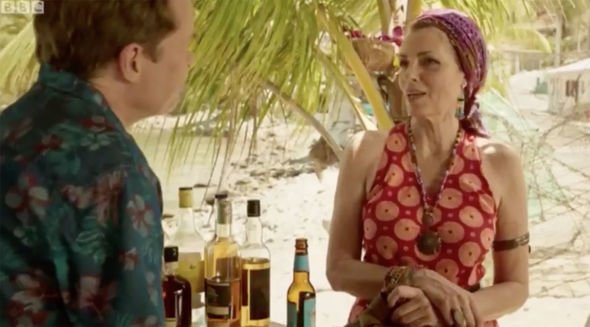 But despite Catherine’s generally carefree attitude to life, she will have a huge upset to deal with in season 10.

Catherine’s life is turned upside down when the death of a friend pulls her into grave danger.

It’s not yet known what this will involve but it’s sure to have some disastrous consequences for Catherine.

Will she be okay or will she end up losing her life in a tragic twist? 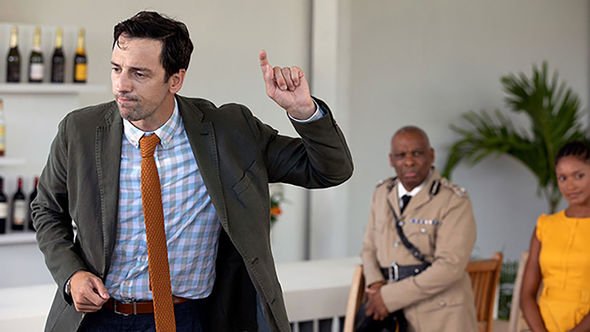 Catherine is a much-loved character on the programme and also works as the mayor of Saint Marie.

It’s sure the upcoming storyline will see her role put into question and she may have to hand over the reins of her job to someone else.

What will her brush with death in season 10 mean for the rest of the islanders?

It was recently confirmed the cast and crew had returned to filming for the upcoming season.

The majority of the main cast will be returning once more but it was announced Ruby Patterson (Shyko Amos) would be sadly departing the programme.

Ruby was introduced as a replacement for Danny John Jules’ character Dwayne Myers after the actor left, back in 2018.

But it seems Ruby will also be moving onto pastures new, as will DS Madeleine Dumas (Aude Legastelois-Bidé).

However, there will also be a comeback for fan-favourite character, D.S Florence Cassell (Josephine Jobert).

The detective makes the decision to return to the work after the death of her beloved fiancé.

But she hasn’t banked on her new boss, Neville.  As she tries to understand his peculiarities, sparks are bound to fly.

Executive Producer Tim Key said: “We are delighted to be able to start filming and can’t wait to celebrate our tenth series with our audience.

“It’s a joy to be working with Josephine Jobert again and we think the viewers will love watching her trying to get to grips with Neville.”

Death in Paradise season 10 will air next year on BBC One.