The academic will present a new six-part nature series called A Year on Planet Earth, set to air on ITV. It is thought the show will rival natural historian Sir David Attenborough’s BBC documentaries. The iconic biologist has become a household name synonymous with all things nature-related, having presented several outstanding programs exploring everything from plants to animals and oceans around all corners of the globe during his expansive career. But the 96-year-old now faces fresh opposition from 64-year-old intellect Stephen Fry.

David has spent decades forging a huge career presenting some of the most captivating and popular BBC nature shows.

Comedian and writer Stephen is now entering the field to present a new documentary on competing channel ITV.

He continued: “Nonetheless, I am doing that sort of thing and it’s very exciting. 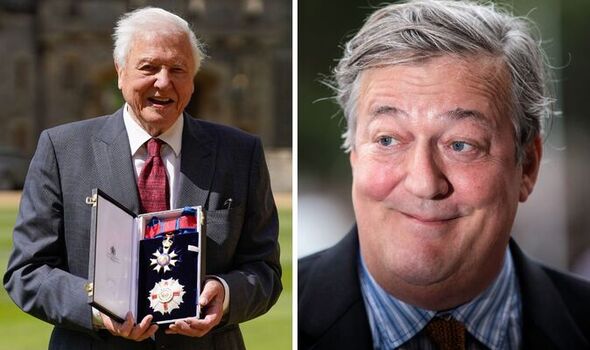 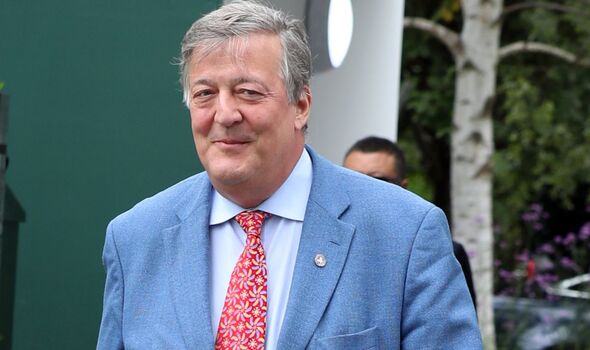 “ITV has not inhabited the natural history space for many decades.

“They just don’t do it, and why would they when the BBC has mastered it?”

Speaking to Mail Online, he continued: “It’s extraordinary what the [BBC’s] natural history unit in Bristol has done, as we know, through the incredible genius of David Attenborough and his knowledge, his authority and everything else.”

Explaining his role in the new series, he told the publication: “[It] starts in Iceland, and when standing on all that ice it’s easy to forget we’re travelling at 450,000 miles an hour around the sun, and everything we are and every living thing on the planet is as a result of the orbit we have, that we’re tilted which allows for the seasons and water cycles and everything that activates life.” 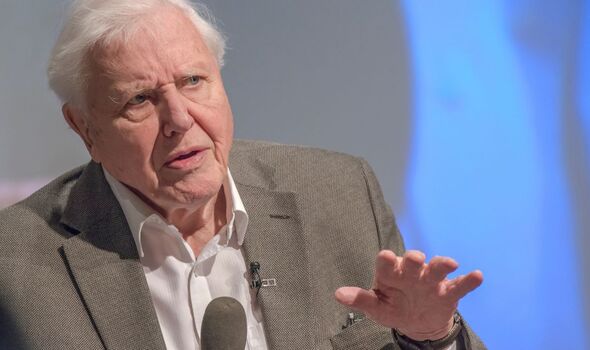 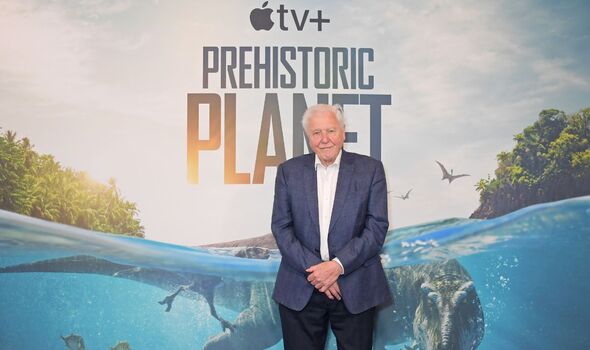 One of Sir David’s latest explorations of the natural world and its history was Prehistoric Planet, which aired in May.

The one-of-a-kind series transported viewers back in time to discover more about the dinosaurs and how the species came to an end.

Episodes saw scientists giving the most recent updates in the world of palaeontology.

In the series, David said: “I hope that children and their families will sit down to watch Prehistoric Planet and be completely immersed in this incredible world and find their imaginations fired by the astonishing prehistoric animals that they will discover and learn about as the series travels across each habitat.”

He added: “It’s an opportunity to see the world’s most famous dinosaurs like Tyrannosaurus rex and Triceratops come to life but also to really enter into their world and see the incredible diversity of life which existed at that time.”

The series was produced by the world-renowned team at BBC Studios Natural History Unit with support from the photorealistic visual effects of MPC.

Despite being 96, Sir David has shown no signs of slowing down in his successful career.

Appearing at the premiere of the groundbreaking Prehistoric Planet, the veteran broadcaster was seen smiling and laughing for the cameras.

His appearance last month came just days after the on-screen broadcaster was awarded the Champions of the Earth Lifetime Achievement Award by the UN’s Environment Programme (UNEP).

A significant voice in the battle to protect the planet for future generations, David’s work has inspired thousands of fans.

Prehistoric Planet is available to watch on AppleTV+.