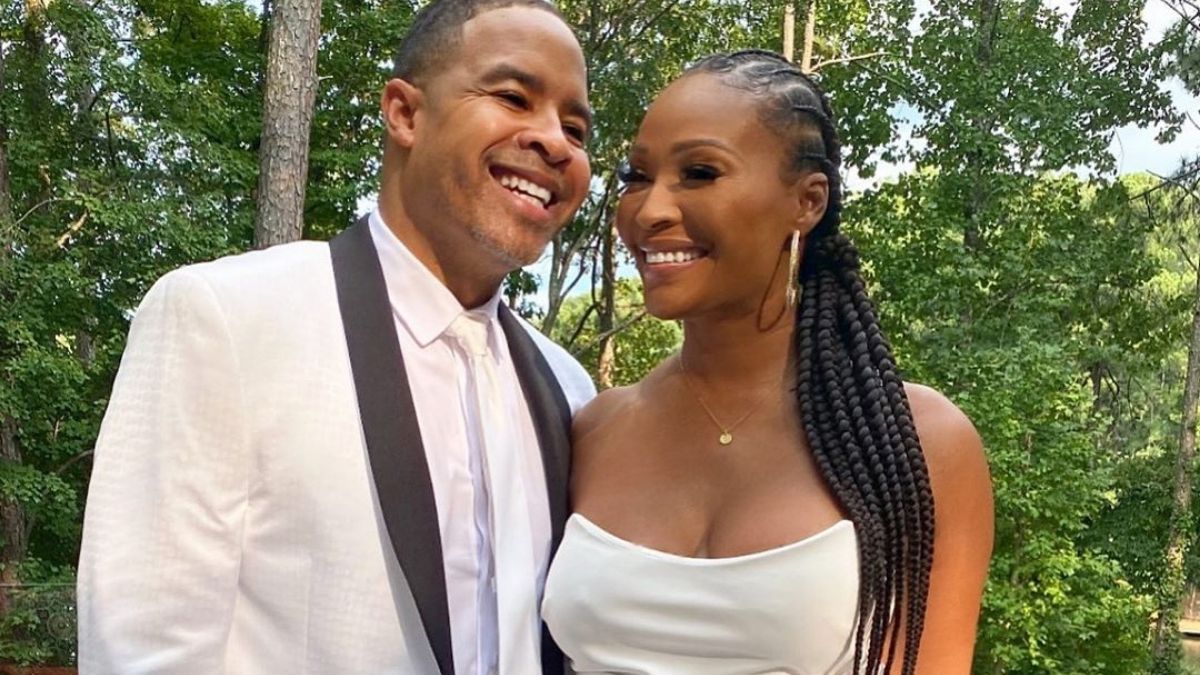 Cynthia Bailey and Mike Hill pulled off a lavish ceremony amidst the pandemic.

The couple tied the knot on October 10 with 250 of their closest family and friends in attendance.

While the Bravo cameras are currently filming Season 13, we assumed they were front and center, capturing all the dramatic moments from the wedding.

However, we’re now learning that Bravo cameras did not capture the event.

Unlike Cynthia’s first wedding, which had an entire episode dedicated to it, things will be much different this time around.

We are going through a pandemic after all.

And while 250 people were willing to risk it for Mike and Cynthia, Bravo was not!

YouTuber Michelle “ATLien” Brown dished about the nuptials in a recent video explaining why Bravo was MIA.

“Bravo was like ‘uh uh were not gonna be liable for that,’” said Michelle. “‘And not being liable for that we’re not sending any crew to film this wedding.’”

Michelle continued laughingly, “All these people getting dressed up, putting on their best thinking ‘okay we gonna be [microphoned] up, we gonna be on TV’ well that’s not gonna happen.”

We might still get to see some of Mike and Cynthia Bailey‘s wedding on the show since they did have their own videographer at the event.

But the YouTuber said, “It’s not gonna be like Eva’s wedding or Cynthia’s old wedding where they captured people coming in..everybody was [microphoned] up because Bravo does not wanna be liable for their cast and crew getting the Corona.”

Cynthia says they took safety precautions at the wedding

The RHOC alum and her new hubby got a lot of flack for going ahead with the large wedding amidst the COVID-19 pandemic.

However, they claim that many safety precautions were implemented.

“We have so many rules and regulations in play, I’m surprised anyone is coming,” said the Atlanta housewife.

“We have sanitizing stations, we have an actual basin to wash your hands in before you enter the venue, we have temperature checks and the way the venue is set up, you can be indoors or outdoors the entire time if you want to.”

She continued, “We set up the food stations taking all of this into consideration, and you don’t have to sit at a table with people you don’t know, you can kind of move around. It’s a huge space, so you can be as far away from people as you want while still feeling connected to the ceremony.”

The Real Housewives of Atlanta is currently on hiatus at Bravo.