Discovery+ revealed Curse of the Chippendales, its four-part true-crime drama docuseries, is set to premiere on Sept. 24. 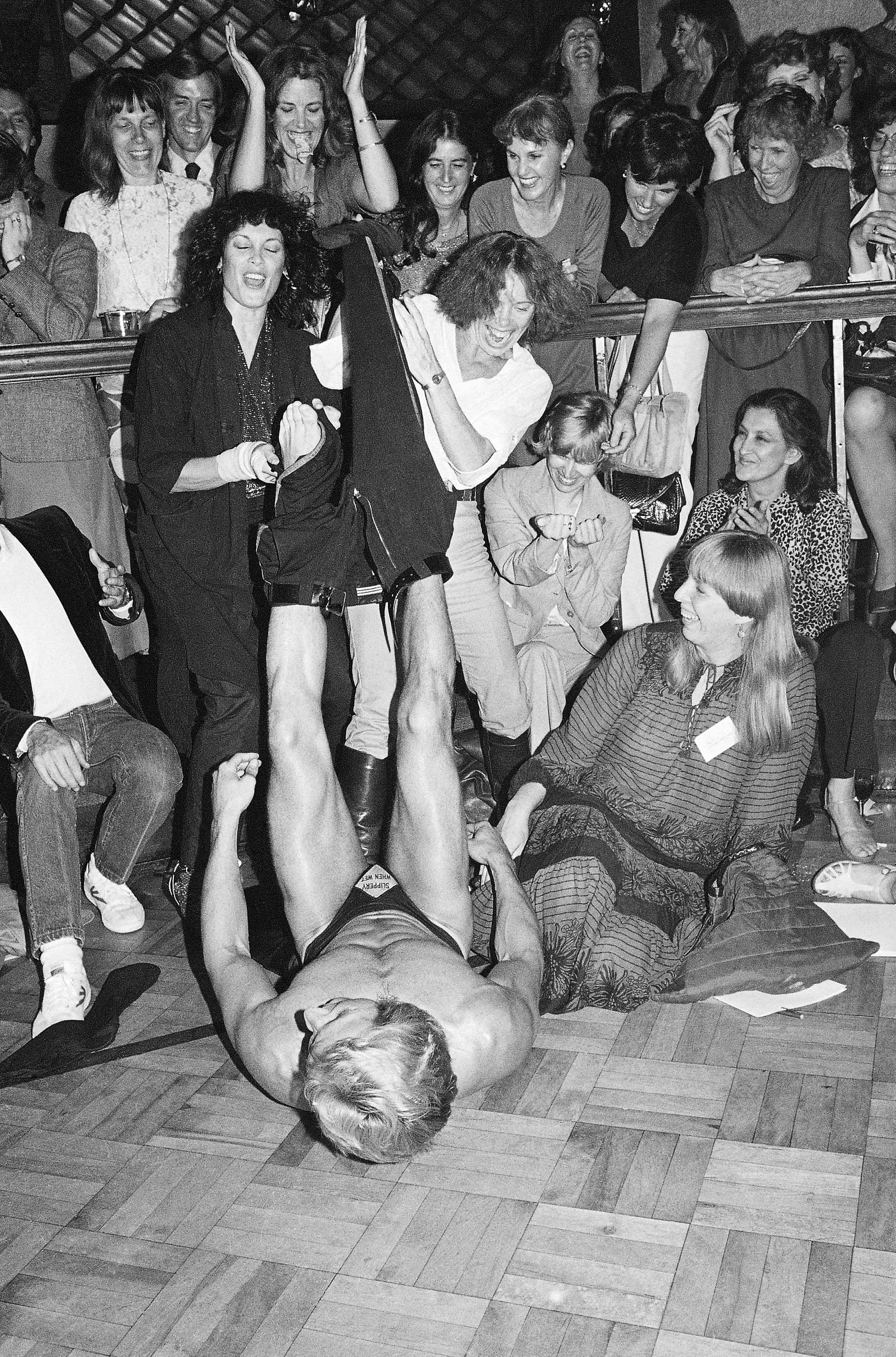 The project, from Oscar and Emmy-winning filmmakers Simon and Jonathan Chinn via Lightbox, unravels the dark side of the 1980s all-male striptease dance troupe founded by Steve Banerjee. On the crime side, it tackles the murder-suicide of Playboy Playmate of the Month and actress, Dorothy Stratton and her estranged husband Paul Snider. As well as the murder of Emmy Award-winning producer Nick De Noia orchestrated by Banerjee.

But it also highlights what being part of the wild shows was really like from the point of view of the dancers and their throngs of female fans.

“I tell anyone who makes a documentary about the Chippendales that it’s hard to put in the feeling of what went on in the shows because it wasn’t only the women, everybody was part of the show. It’s hard to duplicate the feelings and emotions that were going on in the club,” former Chippendales dancer Michael Rapp said during the streamer’s TCA presentation on Monday.

“In some of the documentaries in the past, I feel that’s something they missed out on: the excitement and the thrill felt being part of the show,” he continued.

Added his fellow retired dancer, Read Scot, “Most of the TV shows and movies just touch on the salacious sex, jumping around, but they don’t really focus on the professional hard work that goes into putting a show like that together. You’re taking nonprofessional performers and teaching them to dance within their capabilities and lots of hours of scripting. They miss a lot by going to the gratuitous screaming, hollering, ripping clothes off. Yeah, that was the interaction that built the energy of the show. But they really miss the hard work creating that finished product.”

While the docuseries is true-crime-focused, there are multiple other themes layered into the stories. Including how until the inception of Chippendales, it wasn’t believed women could be just as wild as men.

“Chippendales was the place where women were allowed to be as loud and as noisy as they want to be to show their appreciation for guys who were showing appreciation for them by letting it all hang out,” said Candace Mayeron, Associate Producer of Chippendales from 1981-1987. “They’d go with their girlfriends and it just added to the festive atmosphere.”

The first part of the docuseries reveals that it wasn’t only young women who attended these performances. In the crowd, you could find on any typical night women who were over the age of 50s to well into their 90s.

“That’s a very important point, the show became a place you could bring your grandmother. It was respectable,” added Mayeron, who said she has photos with both her mom and grandmother—big fans of Rapp— taken during a Mother’s Day celebration at the club.

With their performing years behind them, life today for both Rapp and Scot is much tamer.

“At 65, I’m pretty mild,” Scot said with a laugh. “Those were some pretty wild days which went along with the decade of the ’80s. It was a decade of excess, so our business fit right in.”

Rapp adds, “For me, it wasn’t my favorite part and that’s where Banerjee and I had a lot of discussions. As far as pay scale, I would rather perform and tip less and make more on a salary than go in for the tip and kiss. Then I graduated out of choice to be more the MC and not having to continue to base my salary on kissing women. It made my wife a lot happier, too.”