Adam Henson visited a cricket farm before tucking into some unusual delicacies on today’s Countryfile and earlier in the BBC show, Sean Fletcher visited a woman who uses roadkill to make sporrans. However, the combination of these two segments didn’t go down well with viewers.

Presenter Adam introduced: “It’s thought by 2050 they’ll be around 9 billion people on our planet.

“That’s more mouths to feed and less land to grow food on.

“We could see the price of meat especially sore and the race is on to find alternative sources of protein.”

Adam visited a Cumbrian Hill Farm to find out what the Bell family are doing to help address this issue. 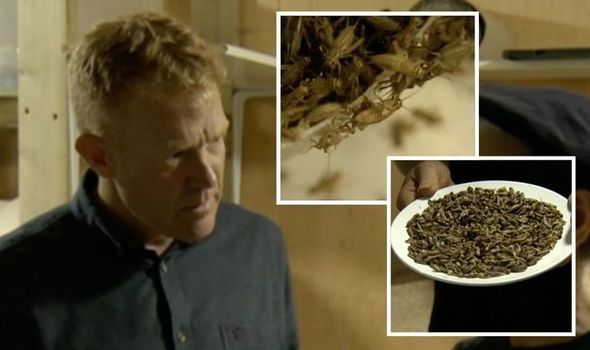 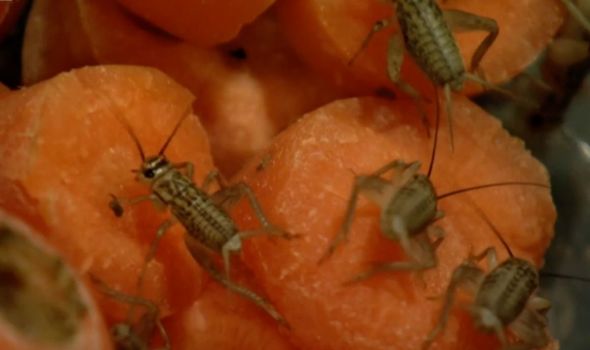 “The youngest of the two Bell brothers is a former government entomologist,” Adam explained.

Adam was given the opportunity to see how the farm works and was later given the chance to try the finished product.

He discovered crickets can be crushed to form a flour-like substance or sold as they are to be used in dishes such as stir-fries.

Meanwhile, earlier in the show, presenter Sean paid a visit to a woman who creates sporrans from roadkill. 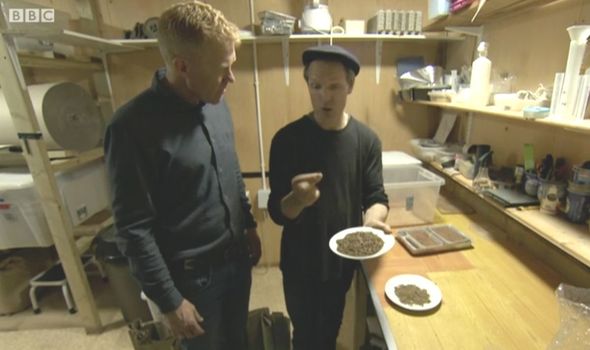 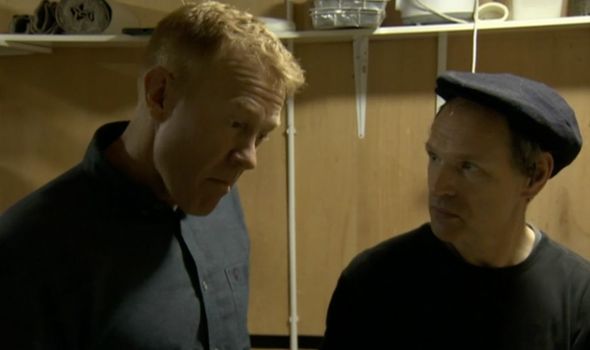 The woman revealed her unusual hobby was a way of ensuring roadkill didn’t go to waste.

During the segment, one of the taxidermist’s neighbours turned up with a pheasant that had been run over.

Countryfile viewers were given a brief insight into how the taxidermist produced her sporrans.

She revealed she is often asked by grooms to custom make a sporran before they change their minds once they’ve consulted their bride-to-be.

One said: “WTF is up with #Countryfile this week? Stuffed animals and edible crickets!!”

“#countryfile is tonight’s episode actually happening or am I suffering from sunstroke,” another shared.

A third asked: “Roadkill and now breeding crickets to eat..#countryfile is it cause I’m A Celebrity… is in the UK this year?”

Someone else wrote: “#countryfile – now I’m a fan but tonight you’re testing me – taxidermy & then ground up cockroaches – seriously?!?”

“What on earth is this #Countryfile episode? Chopped up vegetable “art”, roadkill sporrans, and now eating insects…,” a fifth added.

While one viewer saw the funny side of the unusual segments and tweeted: “Oh goodness I’m crying with laughter at tonight’s @BBCCountryfile #Countryfile.”

Countryfile continues on BBC One on Sunday at 7pm.