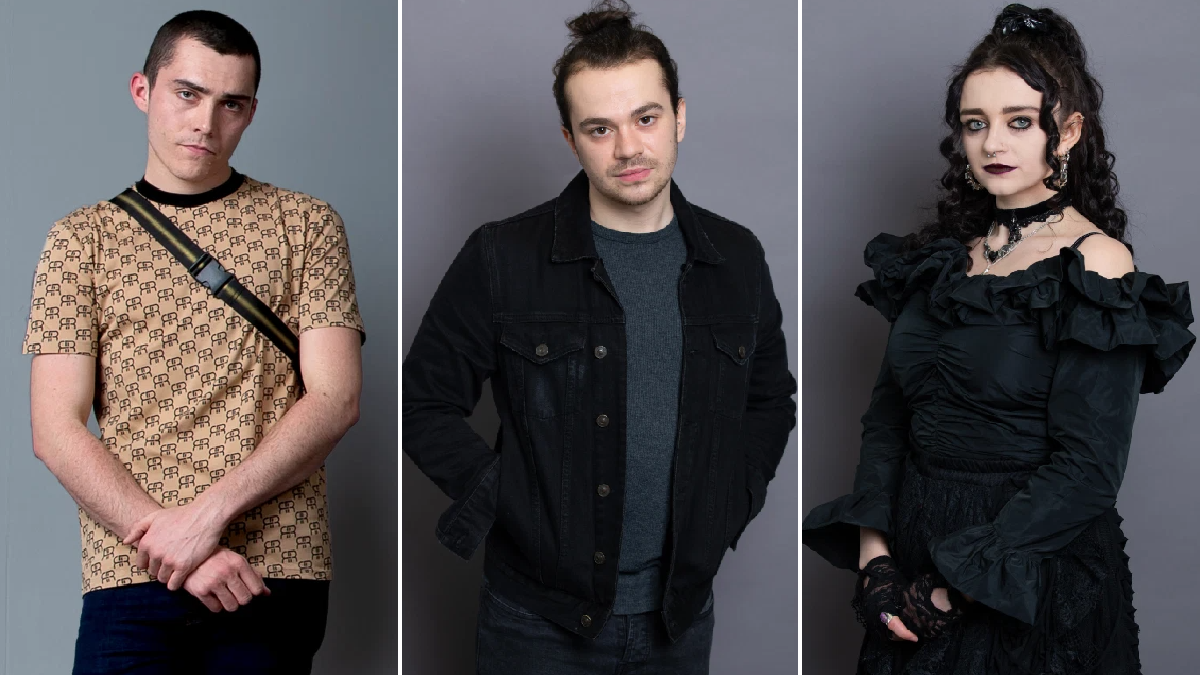 Coronation Street is set to air horrific and violent scenes which see Nina Lucas (Mollie Gallagher) and her boyfriend Seb Franklin (Harry Visinoni) hospitalised in a bad way after a brutal and relentless attack by Corey Brent (Maximus Evans) and his gang.

The scenes form part of a terrifying and life changing tory for the teenage characters as the attack on Nina and Seb, driven initially by prejudices about her goth sub-culture, rocks the Street.

Seb is delighted when his mum asks him to give her away and presents her with the necklace. In the bistro Abi (Sally Carman) tells her friends at her hen do that she has never felt so happy.

Over at the flat Corey tells Asha (Tanisha Gorey) he is going out again and heads out to meet his mate Eli who pulls up in a stolen car, desperate not to let him down Asha jumps in the car along with Kelly (Mollie Gibson) and Summer (Harriet Bibby).

Stopping at some wasteland they get out the beer and turn up the music. Asha and Summer are horrified to discover the car is stolen and as Kelly berates them Corey joins in. Devastated Asha heads home, meeting Amy (Elle Mulvaney) on her way back to the street.

A loved up Nina and Seb are walking along the canal when they come across the gang. When drunken Eli and Corey start making nasty jibes at Nina, Summer becomes uneasy and heads home.

Egged on by Eli, Kelly slaps Nina across the face. As Seb and Nina hurry away, the gang gives chase and they find themselves subject to an unprovoked and vicious attack.

The stags and hens continue their celebrations oblivious to what has gone on until the police arrive on the street to break the devastating news that Nina and Seb have been attacked. In the hospital, the nurse explains to Roy (David Neilson) how Nina sustained several blows to her head and is currently undergoing an operation.

As a horrified Abi takes in the extent of Seb’s injuries, the doctor assures her they’re doing everything they can and they’re hopeful he’ll make a full recovery.

Asha returns home from Amy’s to find Corey already there. Corey lies, making out he’s been home ages and was worried about her. Aadi (Adam Hussain) calls at Asha and Corey’s flat and tells them how somebody beat up Seb and Nina and they’re now in hospital.  Asha reels whilst Corey acts shocked.

The doctor explains to Abi that they’re going to run some tests on Seb. Worried sick, Abi asks Kevin (Michael le Vell) to cancel their wedding. As Kevin hurries out, Abi listens to the voice message Seb left shortly before he was attacked.

An emotional Abi tells Seb how much she loves him as he’s wheeled away for his scan. Nina regains consciousness and tells Roy and Abi that all she can remember of the evening was seeing Corey and his mates. Spotting Corey and Asha outside their flat, Abi steams over demanding some answers.

Corey assures Abi that he knows nothing about the attack and he’s as shocked as she is. When he makes out that he’s always got on well with Nina, Asha’s perplexed. Corey swears to Asha that he’s entirely innocent but it would be best if she tells the police that he was with her all evening. Asha’s unease is palpable- will she cover for him?

The police question Nina and she recalls how she and Seb went for a walk and came across Corey and Kelly, but she struggles to remember anything about the attack. Meanwhile, the doctor tells Abi that Seb’s tests were inconclusive so they’re going to repeat them. Abi does her best to remain positive but what will the long term consequences be for Seb and Nina?

And will Corey manage to get away with his horrific actions?