Leanne (played by Jane Danson) has been in turmoil for months since her son Oliver (Emmanuel and Jeremiah Cheetham) was diagnosed with mitochondrial disease earlier this year on Coronation Street. Later this week on the ITV soap, the youngster will be put on life-support after suffering from yet another seizure, causing great concern for his mother and his father Steve McDonald (Simon Gregson). However, their worry will soon turn to heartbreak as they’re given a devastating update on the toddler’s condition. Having wanted a child of her own for so long and fearing she is going to lose her son forever, will the mother-of-one make a rash decision in order to give the youngster the best shot at life she can?

The drama begins next week when medical professionals tell Leanne and Steve they’ve had to put Oliver under more sedation as his seizures continue, with their input making very little difference.

As a result, the doctors explain the life support machine is the only thing keeping the toddler alive at this point.

Crushed by the news but still in denial about what’s happening to her son, the mother-of-one informs his father, her partner Nick Tilsley (Ben Price) and the youngster’s step-mother Tracy Barlow (Kate Ford) she will stop at nothing to prolong his life.

Not wanting to rule anything out either, the hospital informs the concerned parents another consultant is going to give a second opinion on the toddler’s case.

Doing his bit, Leanne’s partner tells her there is a hospital in Germany who are saying they can treat the condition with stellar results, prompting the mother-of-one to make plans to leave the cobbles. 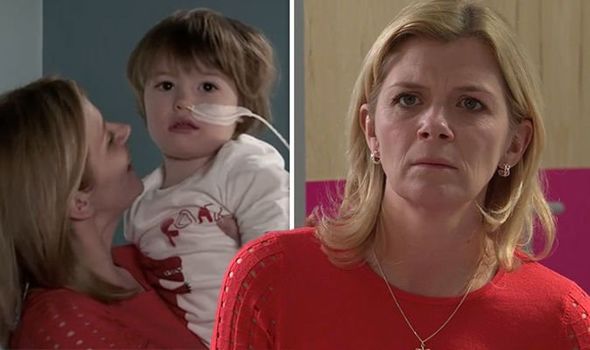 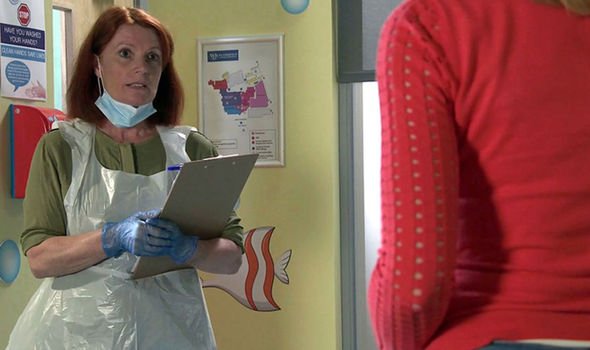 However, Oliver’s mother is dealt another blow when the second consultant tells her the youngster will never breathe unaided again.

With this in mind, they suggest the child’s parents start to think about turning off the life-support machine.

Furious the doctors are supposedly giving up on her son, the mother-of-one explains how she has found somewhere to help her in Germany.

Later on, Steve and his son’s mother sit down to video call the doctor in another country, but Leanne downplays the youngster’s condition – worrying the former. 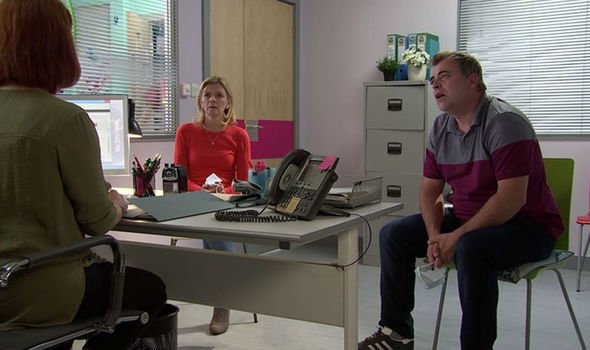 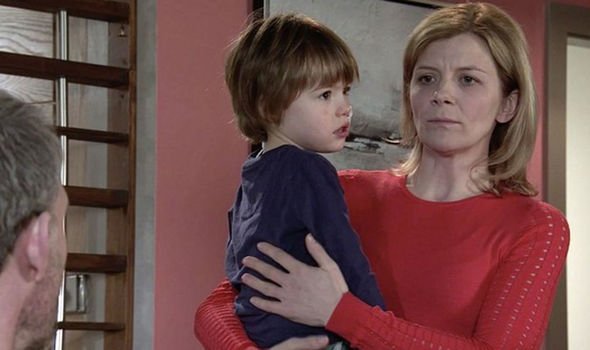 Leanne can’t escape how serious this is

Despite Steve airing his concerns about Leanne’s mindset, she is thrilled when the consultant agrees to take on Oliver’s case.

Having had enough of watching the mother-of-one in denial, Tracy urges her husband to speak with Nick’s partner to explain they should let their son go.

One step ahead of the game, however, the child’s mother could organise private transportation to get her and her son over to Germany without the other Weatherfield residents finding out.

This would cause great concern amongst Steve and the rest of Oliver’s loved ones, who might not get to say a proper goodbye to the toddler if complications were to happen.

Will Leanne really deny them the chance to spend some quality time with the toddler so she can venture to Germany for the experimental treatment?

Actress Jane, 41, previously spoke out about the heartbreaking storyline and hinted the outcome would cause tears for Oliver’s family.

The soap star said: “Given what she’s being told by the doctors, she can’t escape how serious this is now.

CAN’T SEE THE POLL BELOW? CLICK HERE TO OPEN IN YOUR BROWSER

Jane continued: “It’s really sad and it has a massive effect on everyone. It’s not just about this little boy, it’s about everybody and how they all cope with this,” she told Hot TV.

As Oliver’s condition gets increasingly worse by the day, Leanne would need to be around her loved ones more than ever.

The thought of losing her son has seen the character become a shell of her former self, so in her distressed mindset, will she really flee the cobbles?

If so, will she ever come back if the toddler fails to get the life-saving treatment he needs abroad?