DEBBIE Webster admits she’s lost everything next week in Coronation Street when Abi confronts her for lying about going to a business meeting.

Abi will grow suspicious of Debbie this week in the ITV soap when she lies that her business venture means she’ll be staying on the cobbles for the foreseeable. 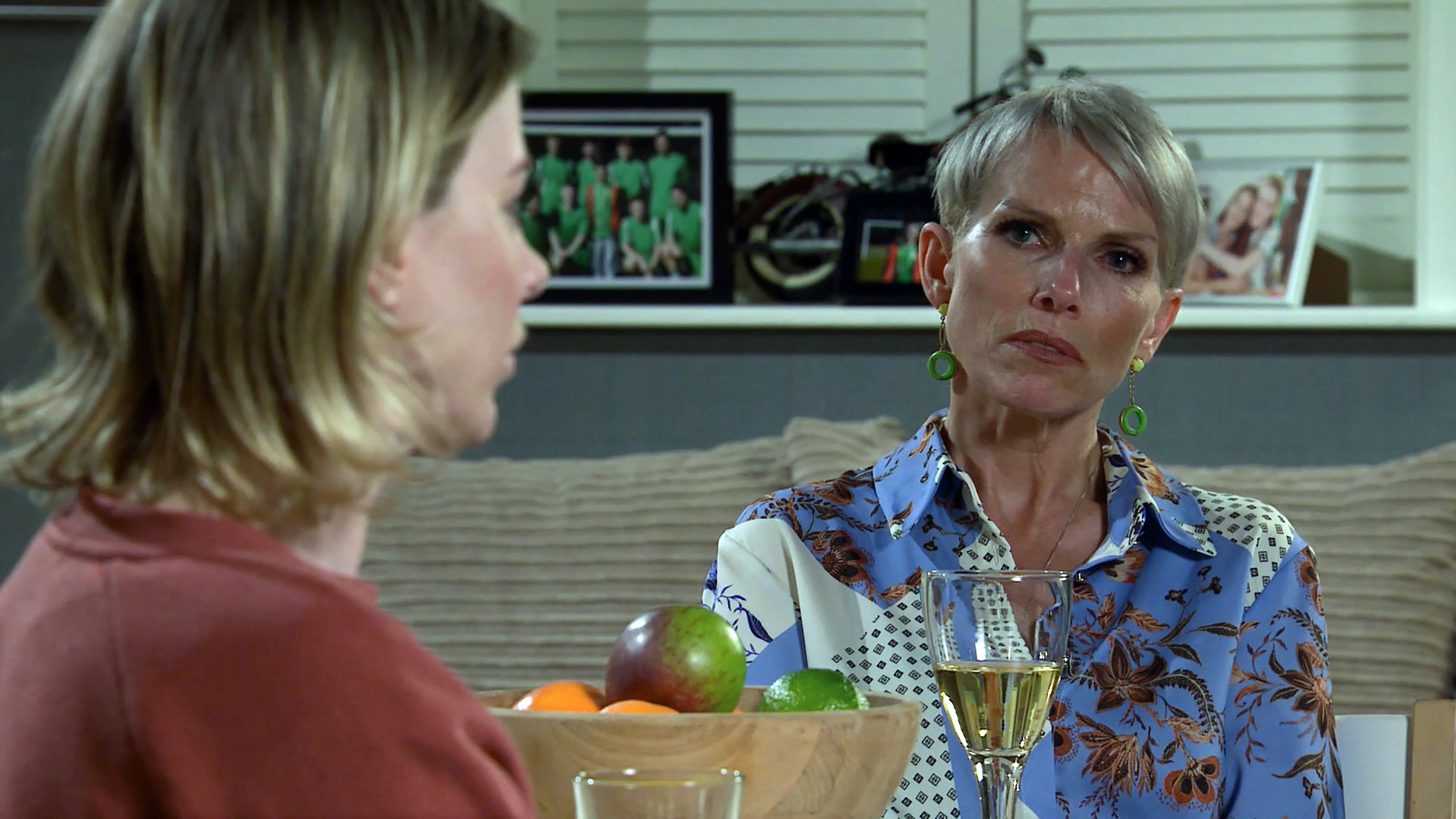 And next week’s episodes of Corrie will see Abi’s suspicions piqued when Debbie makes out business is booming and that she’s due in town for a work meeting.

When Abi spots Debbie heading into the Bistro, she confronts her about her work meeting in front of Kevin.

Debbie bursts into tears and admits she has lost everything and is living off money borrowed from a friend.

Later in the week, Kevin assures Debbie she’s welcome to stay at his for as long as she needs. 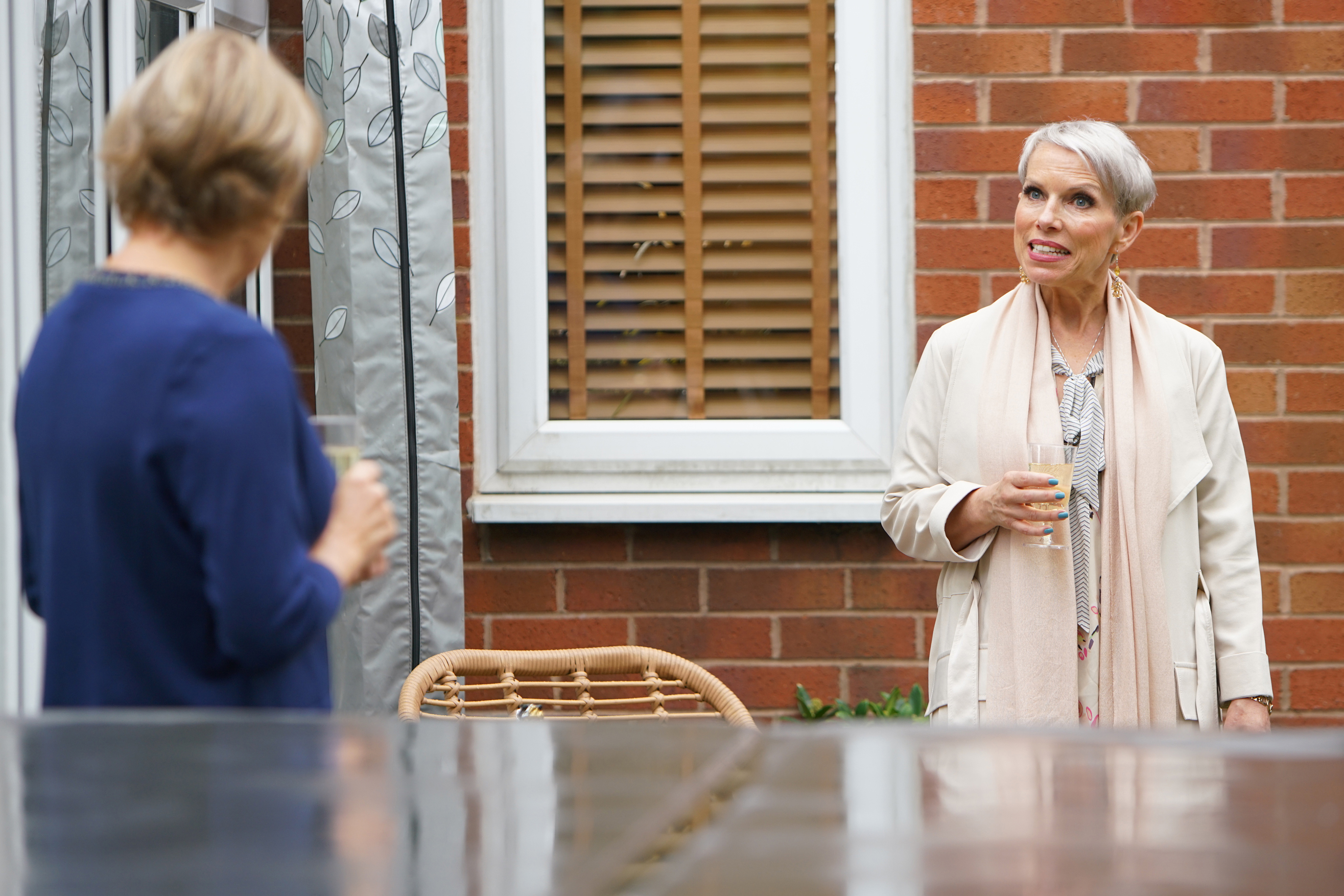 Abi, feeling guilty for exposing her, offers Debbie a glass of wine and talks through all her failed relationships.

When she mentions what a waste of space Ray Crosby turned out to be, Debbie is intrigued.

Later in the week, Debbie suggests a garden party at Sally and Tim’s in celebration of Sally's new chiminea and Faye's new boyfriend.

As the party kicks off, Geoff sneaks into the garden and does his best to spoil the event. 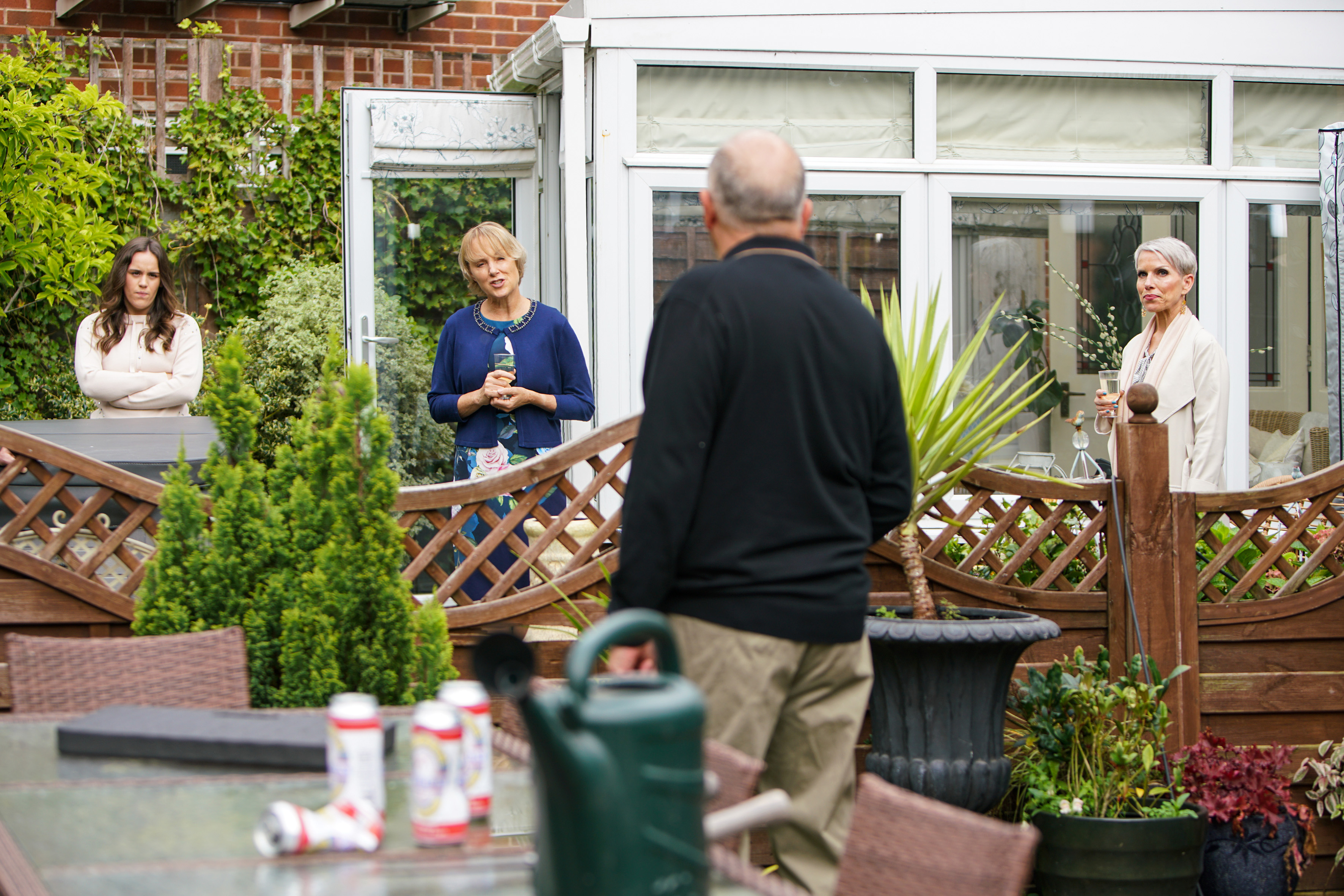 Tim is raging and, encouraged by Debbie, picks up his ice bucket and drenches his Dad.

Later, Debbie stirs the pot further and calls at Geoff’s, before telling him that Sally has been slagging him off.

Debbie can hardly hide her joy when Geoff bursts into Sally’s and Tim’s and terrifies them by waving around a spade.

Debbie remarks to Sally that she wouldn’t put up living next door to someone as awful as Geoff.

And when Sally reveals they’ve been offered the full asking price for the house, Debbie urges her to accept it.

What is Debbie up to?