Coronation Street: Kelly says she’d ‘do anything’ to see her dad

ITV soap Coronation Street has recently seen Cathy Matthews (played by Melanie Hill) turn uncharacteristically cruel after a clash with Tracy Barlow (Kate Ford) which led to her leaving nasty online comments about Tracy and her partner Steve McDonald (Simon Gregson). After claiming that the grieving father has been stealing from the fundraiser set up in memory of his son Oliver, his daughter Amy Barlow (Elle Mulvaney) will be out for revenge on Cathy and Brian Packham (Peter Gunn).

In upcoming scenes, Amy will become intrigued after reading a grovelling online apology from ‘Lemon Drop’, which viewers know is Cathy.

Cathy was initially keen to help with Steve’s fundraiser, set up for his four-year-old son Oliver who died in heart-breaking scenes after suffering from mitochondrial disease.

Still coming to terms with the tragedy, Steve and Oliver’s mother Leanne Battersby (Jane Danson) are understandably devastated by the loss of their son. 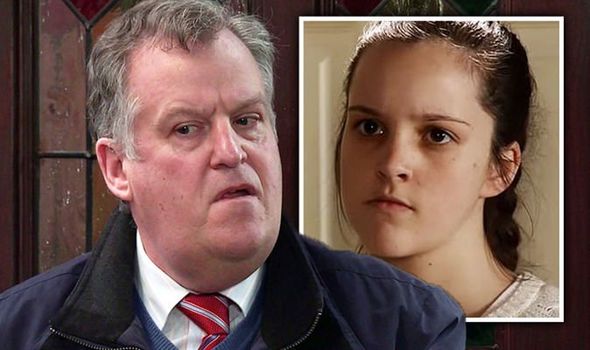 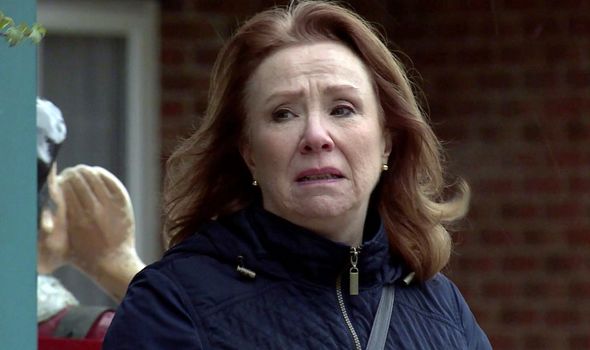 Steve was distraught when he came across comments suggesting that he and partner Tracy were stealing the money from the fund, and Amy immediately sought revenge.

It seems Cathy instantly regretted her actions, after she soon overheard Amy speaking to friend Asha Alahan (Tanisha Gorey) about the trolls and the effect it had on her dad.

But the angry teenager hasn’t let the incident go, and scenes next week will see her stopping at nothing to find out who has upset her family.

With the help of friend Aadi Alahan (Adam Hussain), Amy plots to track down the perpetrator of the online claims. 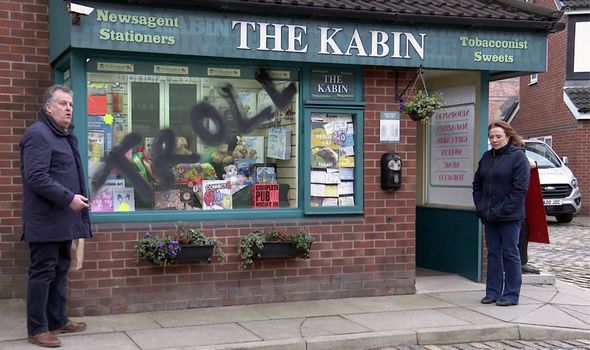 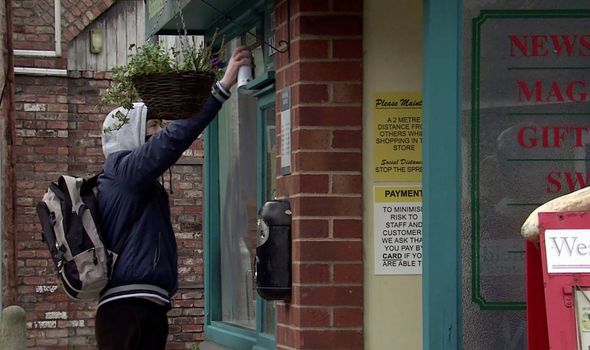 The teenagers soon discover that Lemon Drop is a newsagent, and quickly assume that Brian is the troll. The furious shop owner soon discovers the word ‘troll’ sprayed outside The Kabin.

This act of revenge leads to the pair being ostracised though, and things soon spiral beyond their control. But can Cathy fix her mistakes?

It seems likely that Brian could be in danger of a reactive attack after residents learn that he is rumoured to be behind the upsetting comments.

Feeling remorseful, Cathy soon explains to her partner that in a moment of madness, she posted the cruel allegations about Steve’s fundraising efforts, which she says she deeply regrets.

Brian, vowing to put things right, apologises to Tracy and Amy, letting them believe he was behind the comments. He then assures Cathy that the incident will all blow over.

But viewers will know this is a naïve belief, as Oliver’s death has touched most of the residents, who were in disbelief about the comments made.

With the incident bringing up so much strong feeling among so many characters, could Brian be at risk of getting hurt?

When the pair later head to The Rovers in attempts to clear the air with Tracy, Jenny Bradley (Sally Ann Matthews) then tells Brian that he’s barred from the pub for making the nasty comments.

Cathy is left mortified. But will she allow Brian to continue to take the blame for her actions?

As residents of the cobbles soon turn against Brian, Cathy begs Steve to put an end to the vendetta being waged against them, and he promises to have a word with Tracy.

But fans will know that Tracy isn’t one to forgive quickly, and the long-term character has shown a strong desire to get even when she is wronged.

It seems daughter Amy has inherited this from her mother, and the two may just make things worse for Brian before they get better.

With word spreading about Brian, and Leanne’s son Simon Barlow known to take drastic action with his dodgy connections, it is possible that Brian could be attacked?

Coronation Street continues on Monday at 7.30pm on ITV.