Gary Windass (played by Mikey North) and Maria Connor (Samia Longchambon) have had a whirlwind romance on Coronation Street, only really becoming a couple at the end of last year. Since then they have moved in together, gone through the trauma of losing a baby and have even got engaged. Next week’s episodes of the ITV soap will see the supervillain have doubts about going through with the wedding as he has recently developed feelings for ex-girlfriend Sarah Platt (Tina O’Brien). Despite this, it seems actress Samia, 38, might have given the game away whilst speaking about the storyline recently.

Discussing the weeknight serial drama’s first socially distanced wedding, the soap star said: “It was quite tricky and we’re hoping our lovely viewers will cut us a bit of slack.

“Even though Maria and Gary are living together, me and Mikey [North] are not, so we still had to keep two metres apart.”

However, she went on to confirm the pair will tie-the-knot as she explained: “Actually saying our vows, we’re two metres apart.

“Even putting the rings on we had to do it really cleverly with the cameras,” she continued whilst appearing on Wednesday’s edition of This Morning.

Therefore, it appears Sarah will no longer be in the picture as Gary makes a decision on who he wants to spend the rest of his life with. 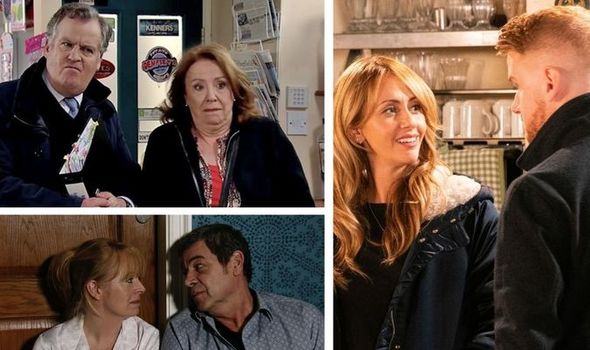 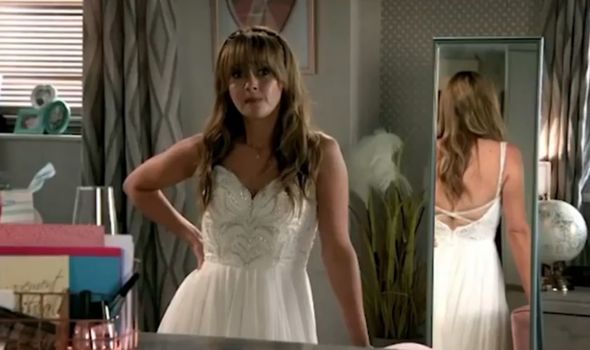 Despite it appearing like the couple will have a long and happy future together, there is still the small matter that the groom is a killer.

Gary star Mikey, 33, also spoke out about the storyline and was asked if the pair would still be husband and wife by this time next year.

The actor replied: “I genuinely [have] no idea what’s going to happen. My guess is they probably won’t be together.

“But who knows? This is the world of soap, so we’ll have to see!” the soap star told TV Times so is Maria heading for more heartbreak? 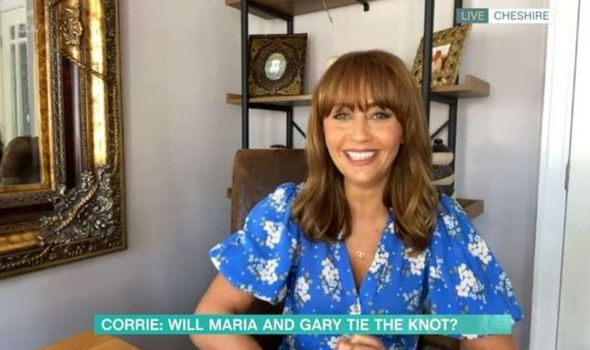 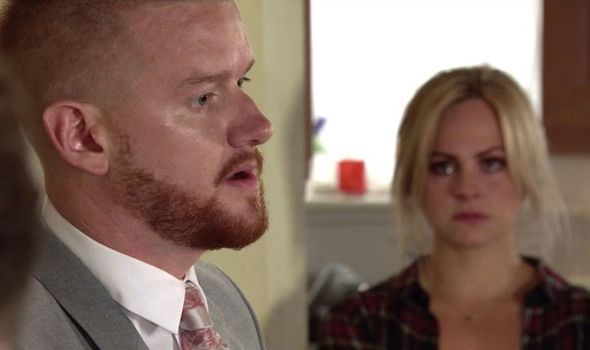 Maria should stay away from men!

It could very well be Gary falls back into the arms of ex-girlfriend Sarah, who has recently married her husband, Adam Barlow (Sam Robertson).

However, the mother-of-two has been harbouring the secret her ex-boyfriend murdered Rick Neelan (Greg Wood) to keep her family safe.

On the morning of his wedding, the supervillain goes to see the lawyer’s wife and it’s clear there is still some feelings on both sides.

David Platt (Jack P Shepherd) will witness the charged moment between the pair, going on to tell the dodgy dealer he needs to choose between his bride and former lover.

Samia’s comments suggest he will end up choosing his beloved, but she has also explained the future does look unpredictable for the couple going forward.

Speaking with Express.co.uk and other press, the soap star explained: “Maria should stay away from men!

“Hopefully it will work out with Gary, but we’ve seen it’s all been set up for what is going on in the background with Sarah.”

“As always, there will be trouble ahead. It’ll be fun to watch,” the actress explained and it seems fans have also had their say on whether they want Gary to choose Maria or Sarah.

One viewer wrote on Twitter: “There’s definitely more chemistry between Gary and Sarah than Gary and Maria #Corrie.”

Whilst a third commented: “Gary has always had feelings for Sarah on the inside. His feels for Maria are not genuine. He is using her as a safety net #Corrie.”