The grieving mum – who is played by actress Sally Carmen in the ITV soap – let rip at Nina after discovering the gang attacked her for being a goth. 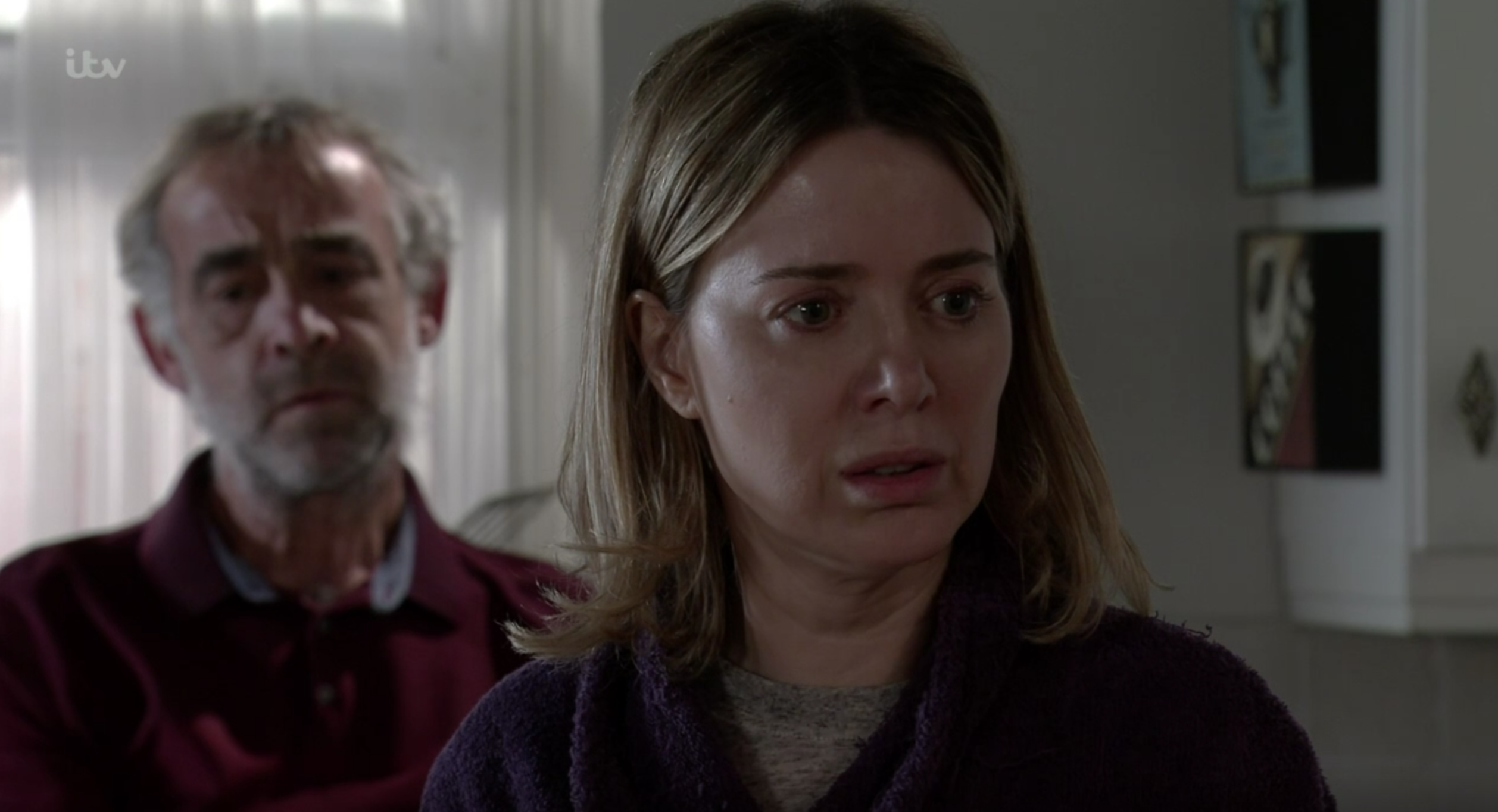 In tonight’s episode after being released from hospital, Nina confronted Asha about giving Corey an alibi – and showed some of her fire for her former friend.

“Oi I want a word with you – how’s Corey getting away with this?” she demanded to know.

“Kelly’s been charged and the other lads – but not Corey. You give him another alibi?

“You’ve done it once, I wouldn’t put it passed you to do it again. It was stupid of you to see him in the first place after how he treated you. The guy is a scumbag. It’s your fault.” 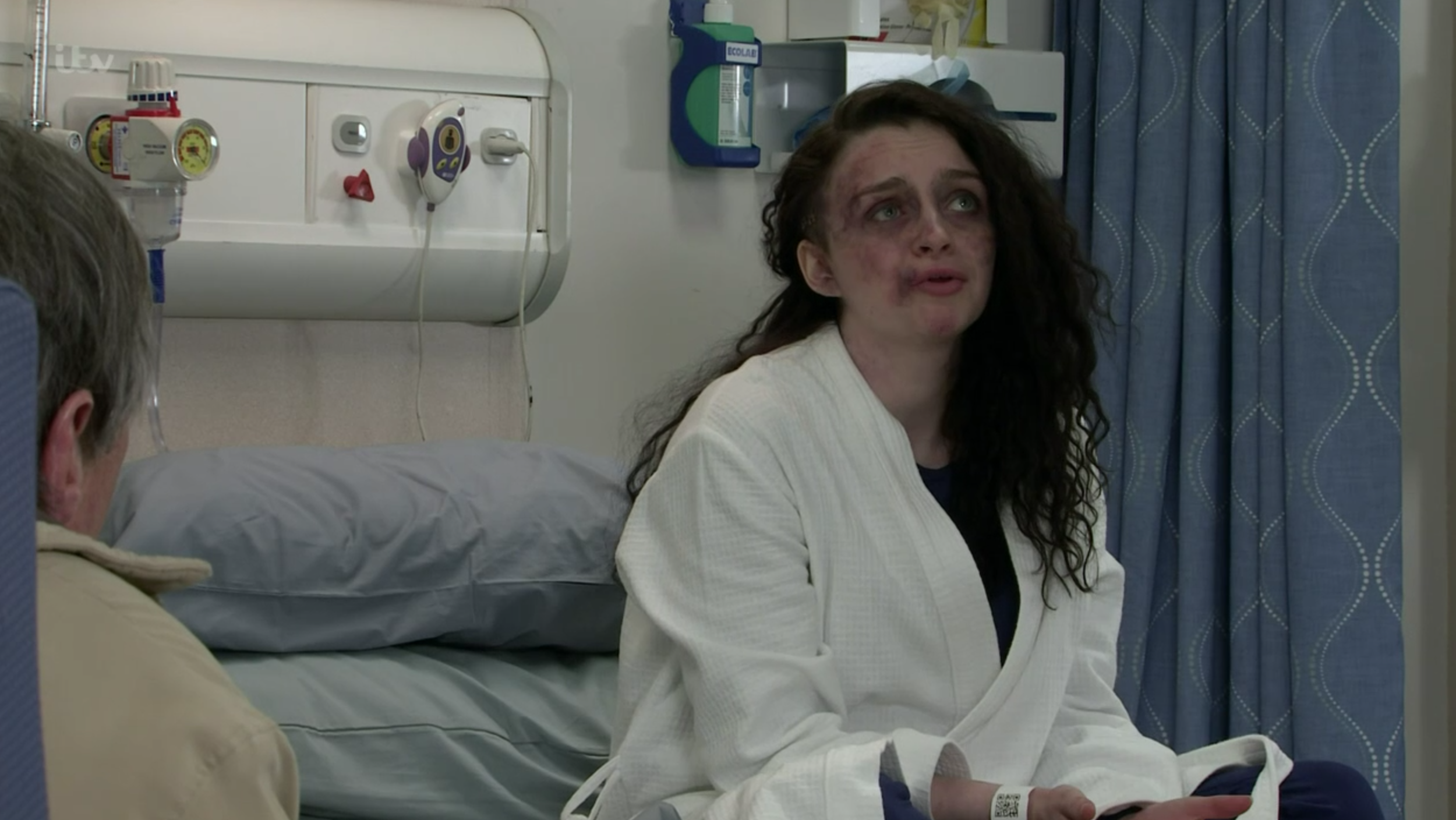 But before she could continue, Abi appeared and defended Asha – before turning on Nina and blaming her.

Abi shouted: “The police told me what the witness said and all of this started because of you.

“Because of what you look like. And look at you – you’re still wearing your stupid clothes and your makeup but it was you who got him killed.

“You were attacked because you looked like a freak. My lad is dead. If you were normal, he wouldn’t be lying in a morgue so it’s just as much your fault as anyone else’s. 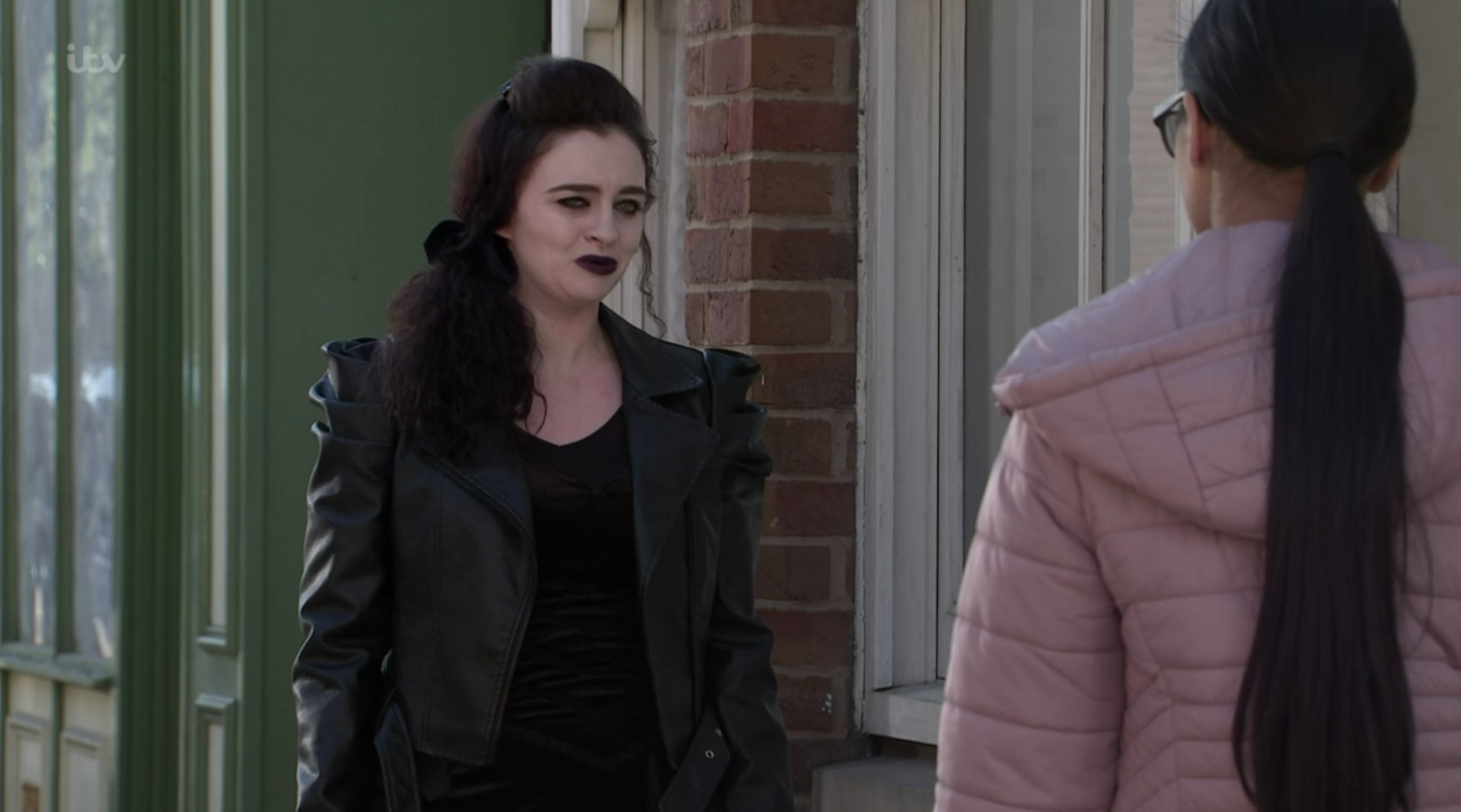 “I’m only stating the truth – it is your fault. If you’re dishing out blame, you need to take your share. It’s about time to face facts Nina, you’re nothing special. You ain’t wise, you ain’t woke, you’re just a weirdo.”

Nina fled in tears and later Asha warned Roy and Carla what had happened.

Roy went to search for her while Carla tackled Abi and put her straight.

Meanwhile, Nina was found sobbing in the street convinced it was her fault. 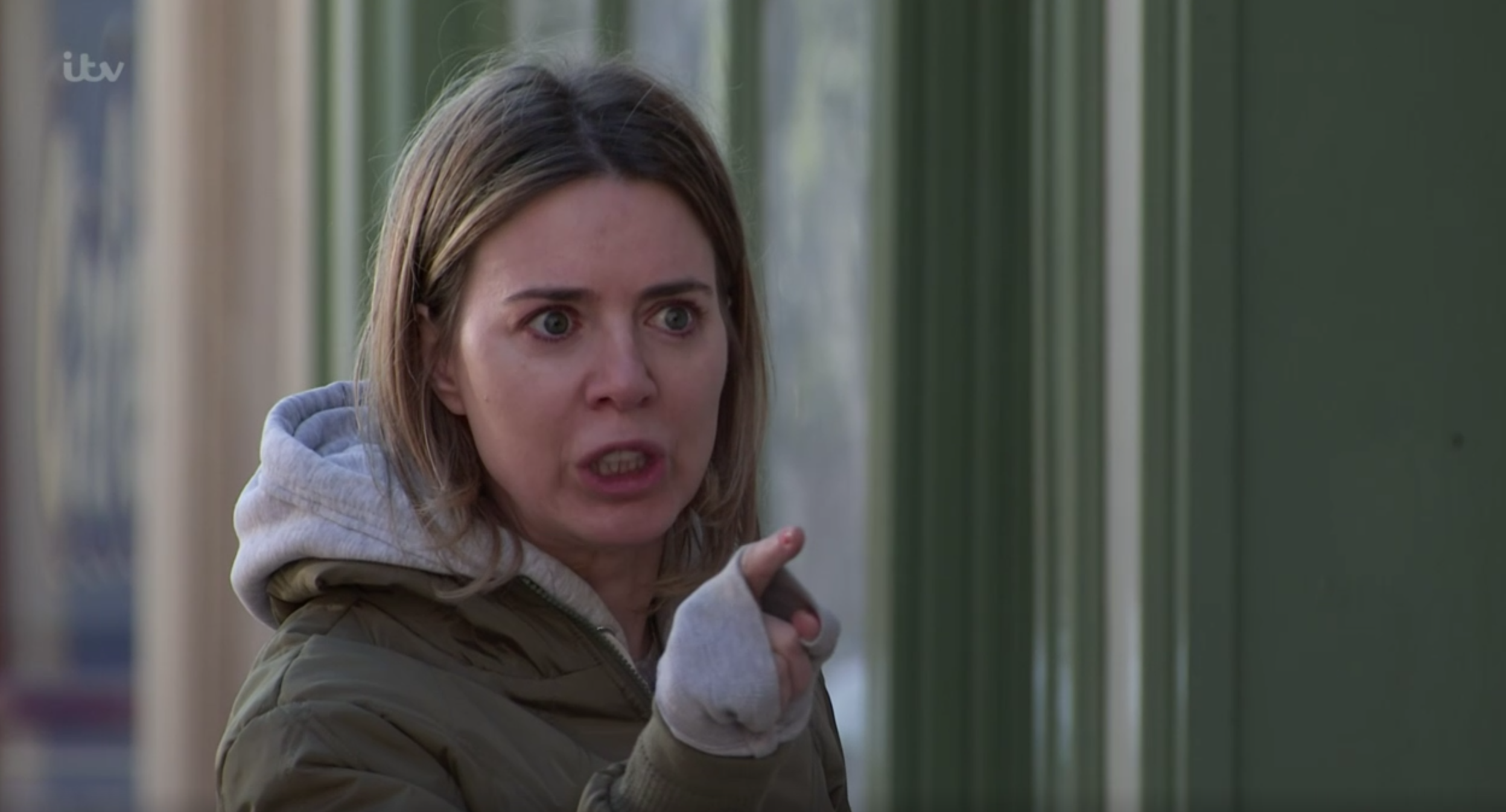 “It was me they wanted to hurt, it’s me that should be dead. What’s wrong with me? Why does everyone hate me so much?”

Later, Nina was in tears as she scrubbed her makeup off and ditched her own clothes.

She appeared downstairs in one of Shona’s old jumpers with no makeup leaving them asking why she didn’t look like herself anymore. 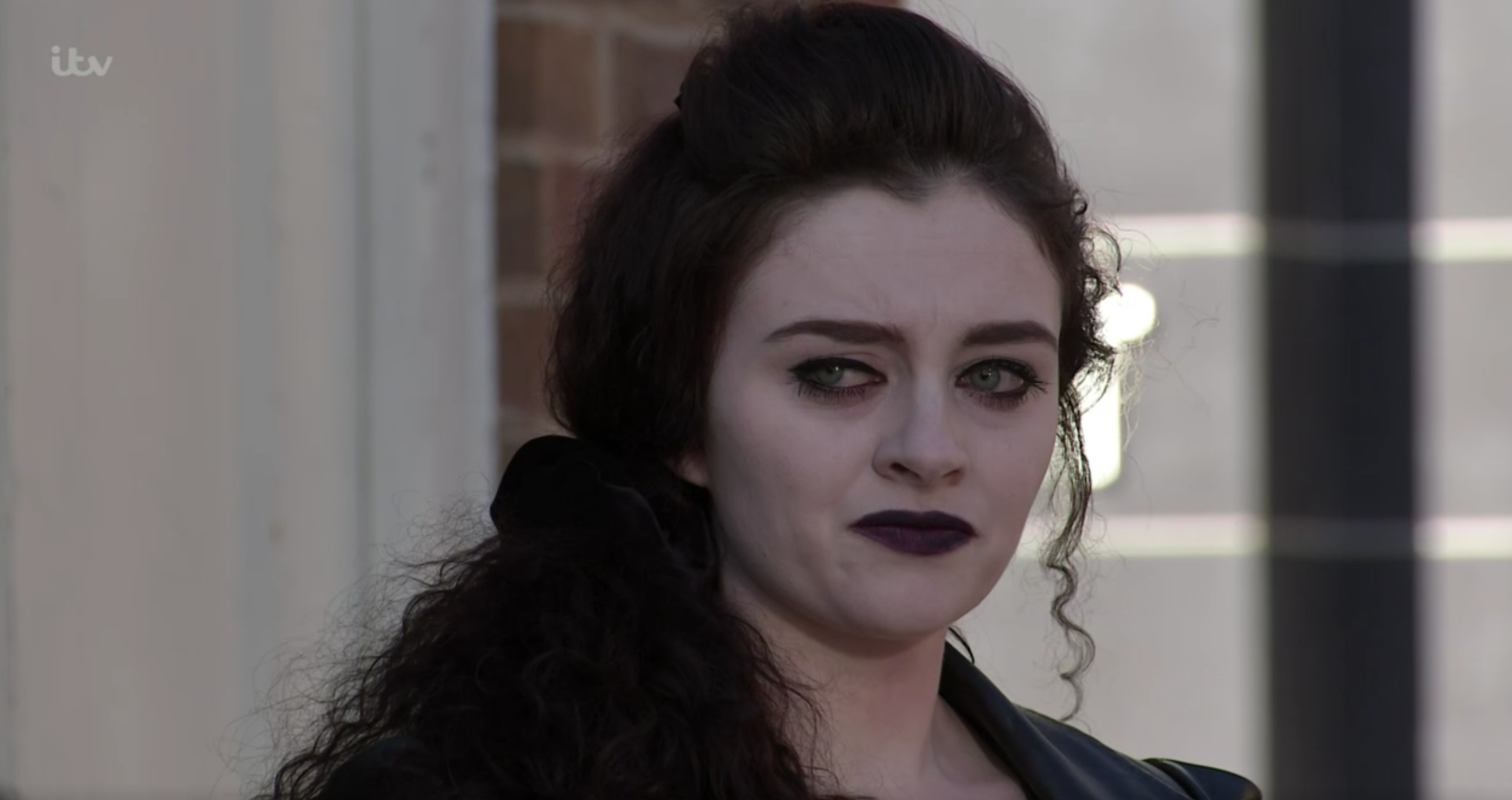 “Good,” she said. “Seb was killed because of who I was so I’ve decided not to be her anymore.”

Viewers were in tears at the scenes, with one writing: "C'mon Abi! I know you're grieving but don't be cruel to Nina. It isn't Nina's fault that this happened."

A second said: "Abi what the hell, if that wasn't hate then what is? Nina or anyone else deserves to wear whatever they bloody well like!!"

Another added: "Wow Abi! That was so cruel, poor nina!"