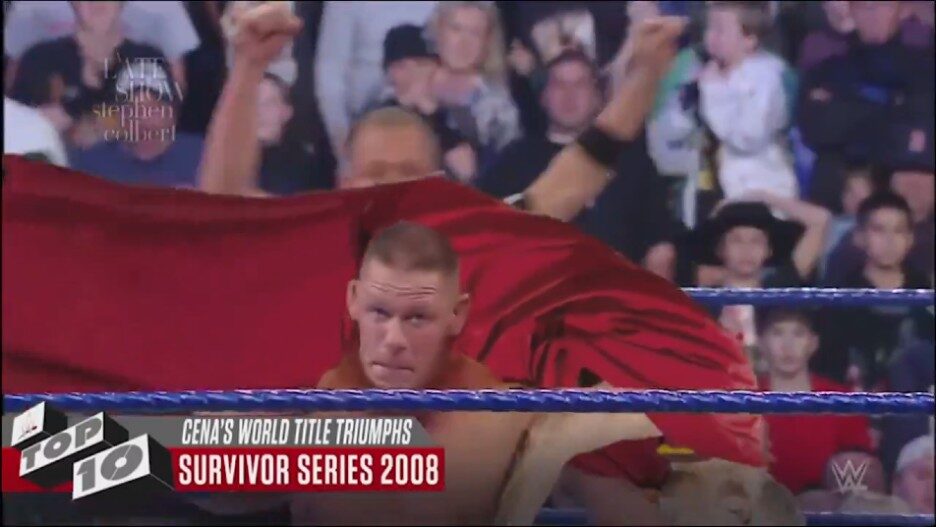 Well, add Stephen Colbert to the fairly robust list of people who think John Cena’s apology to China was a bad look, because Wednesday’s “The Late Show” opened with a gag that absolutely roasted Cena by suggesting something else he could say to make China happy.

If you’re just catching up, recently Cena referred to Taiwan as an independent country while promoting “F9: The Fast Saga” on a Taiwanese TV show. This predictably angered China, which insists Taiwan is a province in rebellion and not an independent country, as Taiwan has insisted it is for decades. And it caused quite a lot of Chinese people on the country’s (heavily controlled) social media to express outrage about it.

So it is that on Tuesday Cena posted a video to Chinese social media site Weibo where, in Mandarin he said: “In one interview, I made a mistake. I have to say right now it’s very, very, very, very, very important. I love and respect China and the Chinese people. I’m very, very sorry. As for my mistake, I really apologize for it.”

This pleased absolutely no one. Chinese social media users largely complained, according to the Associated Press. And in the US the apology provoked scorn from across the political spectrum for what a lot of critics largely described as — I’m paraphrasing here — obsequious groveling before an authoritarian state.

So back to Colbert. The cold open gag began with a quick recap of the situation drawn from news reports. And then a title card claimed that “A Late Show has acquired the full apology.” Then appeared Cena’s actual apology, but with brand new subtitles.

“Hello China, this is John Cena. I wrongly said Taiwan is a country. Wrongly! Wrongly! Wrongly! Not only is Taiwan not a country, it’s also not even a real place. It’s like ‘Zootopia,’ which coincidentally made $220 million in China. And don’t get me started on Tibet! Always complaining, complaining, complaining about China. I will give Tibet something to complain about,” the subtitles claim Cena said, before the video showed a poorly made deep fake of Cena body slamming the Dalai Lama.

“I call that the Dalai Slam-a,” the subtitles claim Cena said. Watch the clip below: