“We actually filmed it all in one take,” Jacob Bertrand tells TheWrap 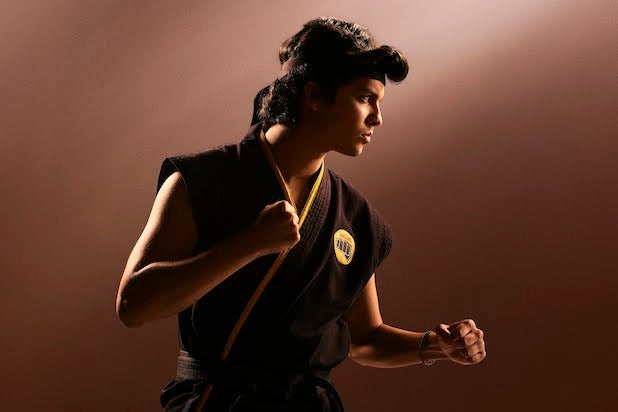 (This story originally published on April 26, 2019, and has been republished for the Aug. 28, 2020 transition of “Cobra Kai” Seasons 1 and 2 to Netflix. The series originally streamed on YouTube’s paid platform.)

There are lots of kick-ass karate moves across the two seasons of YouTube’s “Cobra Kai.” Many of them take place over 11-straight minutes in the crazy Season 2 finale.

If you’ve seen Episode 210, you know exactly the fight scene we’re talking about. Yeah, the high-school hallway fight scene that takes up literally one-third of the episode (which has a 33:33 runtime) and concludes with series-altering consequences in the form of another epic cliffhanger.

The “Cobra Kai” team only had the school to shoot in over a Saturday and Sunday, star Jacob Bertrand told TheWrap. The weekend before they had six hours to practice timing and camera angles.

“Those kids had a Couple. Of. Days,” Ralph Macchio told us, emphasizing the feat’s timeline. “It was insane. It was like an 11-minute riot.”

“We actually filmed it all in one take,” Bertrand said. The teen rumble was shot all the way through “seven or eight times,” he said, and editors only made one cut in the whole thing.

While Bertrand’s baddie Hawk dishes the violence as much as he takes it, one grown man got it far worse than any of the kids.

“Our A-cam operator, his name’s Bones — he was so tired from doing that thing over and over,” Bertrand said. “It’s such a long sequence [and] he’s got like 85 pounds of camera strapped to him.”

Bertrand admits he messed up “a little bit” one time during Bones’ busy day, but he wasn’t alone. The young man who plays Cobra Kai’s most “No Mercy” pupil said that all of the fighters seemed to botch the sequence once.

Still, what came out was pretty awesome.

“That whole fight is so frickin’ cool,” Bertrand said. “I’d say most of my hits are elbows. These fights are brutal. We’re not actually connecting, but dude, this s–t would hurt.”