But does the “Karate Kid” baddie get “Sweep the leg!” or “Get him a body bag!” yelled at him more in public? 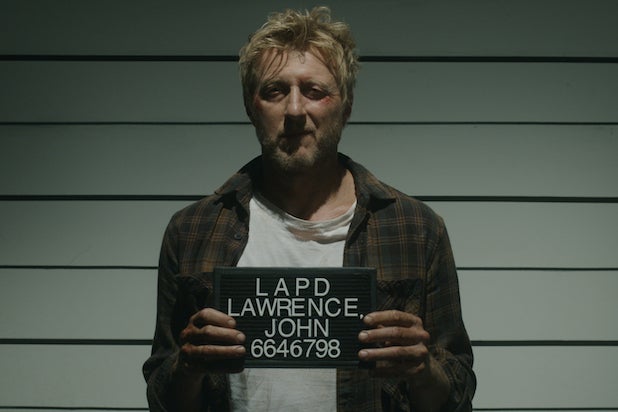 By Season 3 of “Cobra Kai,” Johnny Lawrence (William Zabka) is nothing like the bad guy he played for roughly two hours and four minutes of the 2-hour, 6-minute 1984 movie “The Karate Kid.”

This Lawrence is making mature dating decisions, volunteering to teach kids self-defense and dedicating pretty much every other waking hour to getting Miguel (Xolo Maridueña) to walk again. But real-life nice guy Zabka, now a dad, told TheWrap he has “no concern” about Johnny turning “soft” — a word we introduced to the conversation.

“At his core, he has a good heart, but he’s also — he can turn on a switch and be tough and badass,” Zabka said.

When series creators Josh Heald, Jon Hurwitz and Hayden Schlossberg pitched Zabka on the “Karate Kid” sequel series, the star (and co-executive producer) wanted to make sure that this Lawrence “would have depth and dimension and humor” and “would be trying to redeem himself.”

Also of importance to Zabka: “And he wouldn’t be set up for a crane kick at the end of this thing.” Good call.

“They assured me that he would be more of an antihero,” Zabka explained. “They said it’s like if there was no ‘Karate Kid’ and we wanted to create ‘Cobra Kai,’ we could call it ‘Bad Sensei,’ like ‘Bad Santa.’ But at the end of ‘Bad Santa,’ there’s a goodness in him.”

He continued, “I love playing all of those levels. It’s really, for me, taking a kernel of who Johnny Lawrence was at his core in ‘Karate Kid,’ that you only saw at the end when I hand him the trophy, or when Kreese says, ‘Sweep the leg’ and Johnny reluctantly goes out to sweep the leg — it’s that little microfiber that lets me expand it into a full-blown character now. Otherwise, you saw his shell, you saw his toughness, you saw his Cobra Kai-ness, his teenage youth, testosterone with his buddies. But now he’s a man, he’s got a lot of history. For me, I approach that as an actor going, this is a man I would love to play regardless if it was Johnny Lawrence from ‘Karate Kid’ or anything else… And he’s still tough, he’s rough around the edges and he’s got a lot to figure out. All that’s colorful and makes for a really complex, fun character to play.”

Speaking of “Sweep the leg,” what classic “Karate Kid” line does Zabka get yelled at him the most in public?

“‘Sweep the leg,’ ‘No mercy,’ ‘Get him a body bag’ are the ones I’ve batted for many years now — said in many different tones, vocal ranges and scenarios. Those are the ones,” he told TheWrap. “‘Get him a body bag,’ you know, that wasn’t even my line… I was in the emotional moment when that line was delivered, so somehow it sticks to me.”

It sticks with us too. Revisit your — or at least this writer’s — youth below.

Season 3 of “Cobra Kai” premieres on Netflix on Jan. 1, 2020. Seasons 1 and 2 are also available on the streaming service.